The Silver Ferns' starting line up for the decider against the England Roses on Friday will be one of the hardest to predict in a long time. 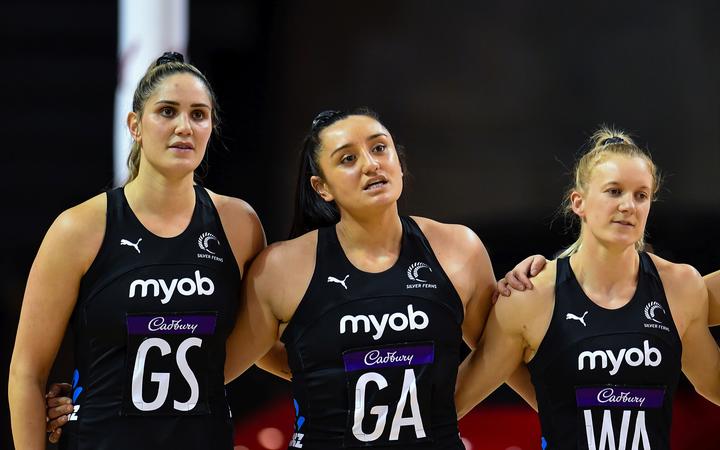 And knowing it could possibly be the last international netball they get before next year's Commonwealth Games, the New Zealand coach has a lot to ponder.

"I have to get people out there, that's one of the intentions of where we are and the objectives and I know I haven't had a few out there so I'll look to see what that looks like and where we could possibly put them in.

"Obviously we go for a win but if someone can tell me what my strongest line is I'll be really happy about that because I feel like I've got quite a few.

"I've got to be really objective and not emotional and stay focussed about what our long term goal is but also the opportunities that present and unfortunately sometimes you might only get one," Dame Noeline said.

Newcomers Jamie Hume and Kate Heffernan have yet to get on court.

Captain Gina Crampton had to sit out last night's game with a hip adductor strain and the Silver Ferns' coach said she wasn't sure if she would be available for the third test.

Metuarau was playing well in just her second Test, but had to sub off during the third quarter after picking up a slight strain after going for a ball.

Metuarau paired up in the shooting circle with Te Paea Selby-Rickit - who was playing her first test since January last year and Dame Noeline was relatively happy with it.

"Not too bad, it was a new combination. They took a hammering in there too from the defence but I thought overall it was good.

The Silver Ferns won the first quarter by three but when the Roses brought Sophie Drakeford-Lewis on at goal attack in the second quarter, their fortunes started to change. 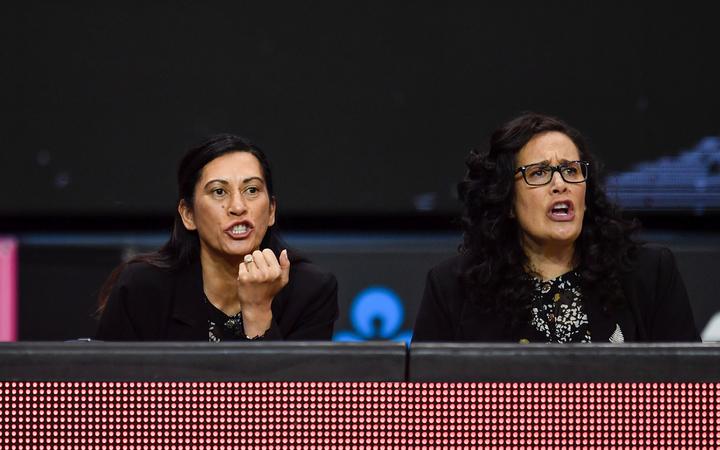 Grace Nweke then made her much-anticipated debut when she came on at goal shoot for the second half.

In doing so, Nweke became the first Silver Fern of African descent.

The 19-year-old was born in Auckland after her Nigerian parents decided to move to New Zealand.

Peta Toeava came on at wing attack at the same time. Her one previous test was in 2018.

By that time the injured Metuarau had been replaced with Maia Wilson at goal attack.

England poured on the goals in the final quarter.

"We just got disconnected quite fast."

"There's always those choices that you make on the side [as coach], whether we keep it or whether we change [the line-up] and we decided we're going to keep it and see if we can move it forward."

Dame Noeline said it would be a valuable learning curve for the newer players.

"The only way you can learn is through the good times and the bad and this is a massive learning curve, not only for her [Grace Nweke] but others as well within our team."

There were glimpses of the kinetic link between Mystics team-mates Toeava and Nweke, which was a highlight of the ANZ Premiership this year, but it otherwise felt tentative.

It was still a very solid first outing for Nweke, shooting 16 from 20 at 80 percent in the half she was on.

The Silver Ferns only have today to train before the final Test but Dame Noeline is confident they can do a lot in one day.

"There's areas that I know that we can improve on and it's just our basic fundamentals of our set pieces that I know will make a difference."

In Crampton's absence vice captain Sulu Fitzpatrick led the side.

"More so energy-wise. I feel like it's our responsibility on the court to bring those players on so I'm really disappointed in that aspect but heaps of learnings for us moving forward," Fitzpatrick said.

Fitzpatrick was proud of Mystics' team-mate Nweke getting her first cap.

"It shows the hard work she's done over the last year and I'm really proud of her to represent her family and her country Nigeria." 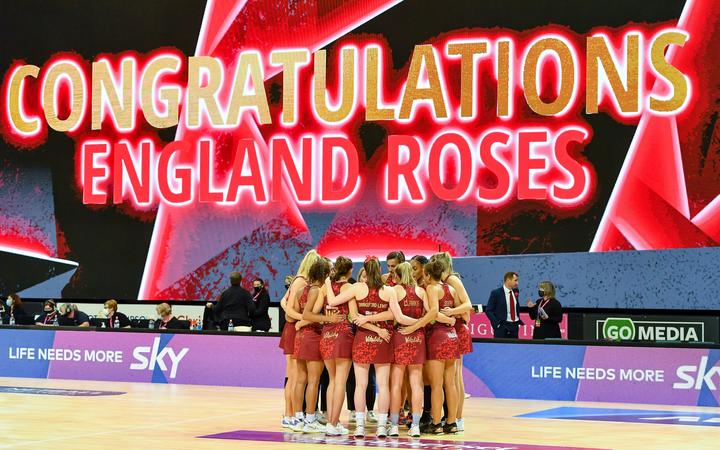 George Fisher was a stand-out for the Roses, shooting 45/47 at 96 percent.

"She's had good practice this year, we kind of thank the ANZ for putting her under pressure. In the match ups that she's had you can see that she's grown in confidence, which is brilliant for us," Thirlby said.

"Also Sophie Drakeford-Lewis was excellent, she would have been frustrated with her performance in match one and for a young player that learning was quick and boy did she do well, shot 100 percent across the game ...played an incredible role in front of her [Fisher]."

The Roses won't be celebrating for long - Thirlby is expecting a rapid response from the Ferns, who won't want to give up the Taini Jamison trophy without a fight.

"We're not stupid, I'm not going to be looking through rose tinted glasses for too long.

"They'll be keen to try and cultivate more turnover against us."

Thirlby said it was also rare for England to score off more turnovers than the Ferns, which they did last night.

"I can hopefully anticipate where I know that they're going to go hard again over the next few days."