A five wicket haul and a cameo with the bat from Lea Tahuhu has guided the White Ferns to a three wicket win over England in the third One Day International in Leicester. 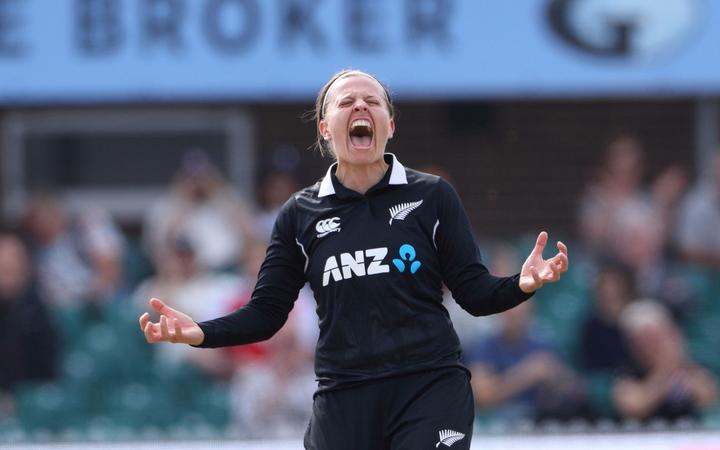 After dominating much of the game, the tourists struggled for a while during their chase for 179 runs.

However 19 from Tahuhu and an unbeaten 70 from Maddy Green got them home with just over four overs to spare.

"We talked about it as a batting unit someone taking the onus in the top order and putting some partnerships together and so Amy and I and then Brooke and I put together a couple of fifty run partnerships to see us through, so it was just great to be there at the end," said Green.

After deciding to bowl first, Tahuhu knocked the top off the England line-up picking up five wickets for 37 runs as England was dismissed for 178 in the 49th over.

England lost regular wickets and were 27 for four and then 101 for eight. 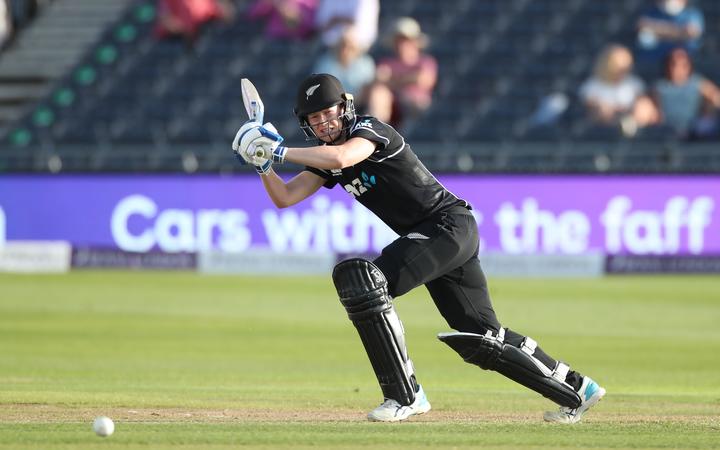 However an unbeaten 49 from Katherine Brunt and 29 from Kate Cross got the home side through to 178.

In reply New Zealand lost openers Suzie Bates and Lauren Down cheaply, before Maddy Green and Amy Satterthwaite put on 72 runs for the third wicket.

Satterthwaite made 33 and Brooke Halliday 25.

Just as the White Ferns chase was starting to wobble, Tahuhu took control hitting three fours and a six in her total of 19.

Green was full of praise for Tahuhu who has returned to the side for the ODI series after having three surgeries earlier this year for a mole on her foot.

Green faced 106 balls for her 70 and was the backbone of the innings. She was named player of the game.

However she feels that award could have gone to Tahuhu.

"She's such a competitor, her experience at the top for us with ball has been excellent and I thought her and Sophie (Devine) today really set the innings up, so yeh she probably should be sitting where I am and have the player of the match (award) in my opinion, she was exceptional and it's great to have her back.

Captain Sophie Devine says in the end the win was probably closer than they would have like.

The fourth game is in Derby on Friday night.