When Tiana Metuarau was told she would be getting her first Silver Ferns' Test cap, she didn't give much away. 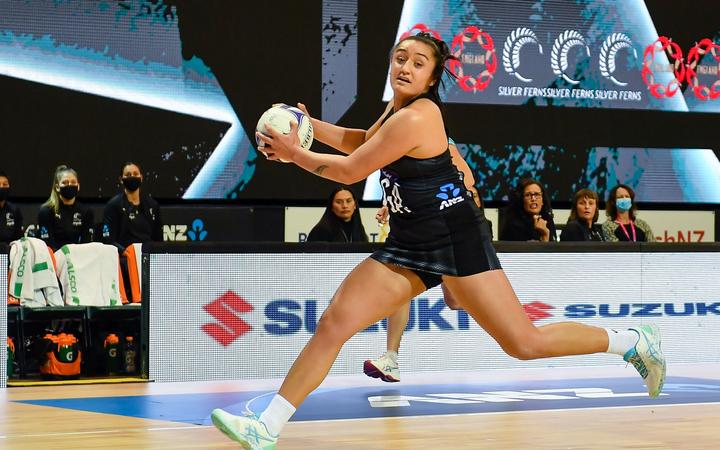 "I don't know how she works if I'm going to be honest she doesn't show much ...she just takes things in her stride," coach Dame Noeline Taurua said at last night's post-match press conference.

The Silver Ferns' coach sprung a bit of a surprise when she started with Metuarau at Goal Attack in the first Test against England but the move paid off.

The Silver Ferns beat the England Roses 48-42 in Christchurch in the first of three Tests.

The daughter of former Silver Fern captain and coach Wai Taumaunu shined, finishing the game with 17 from 19 at 90 percent accuracy.

She also picked up the MVP accolade.

"She was definitely quite mature out there ...got a bit of sass ...but also just smart about what she did."

Dame Noeline is also careful to temper expectations of the 20-year-old.

"When you have your debut it's always that second test where we will be able to see how good or not or what other areas she needs to improve on but so far so good and I think that's a fantastic start for her."

Dame Noeline was just as happy with the combination between Metuarau and goal shooter Maia Wilson, which is brand new at this level.

Wilson had a tough ending to her ANZ Premiership season at the Stars when her shooting accuracy fell away,

New Silver Ferns' captain Gina Crampton was full of praise for her Stars' team-mate, who put up 31 from 39.

"I'm so proud of Maia ...she's picked herself up and she said herself if she misses she's just going hard for the rebound.

"She took on Geva Mentor today really well and Geva's an experienced player and Maia's getting up there as well so impressed with her."

Kelly Jury, after missing the Constellation Cup earlier this year after failing to meet fitness standards, started at goal keep before spending a bit of time at goal defence. 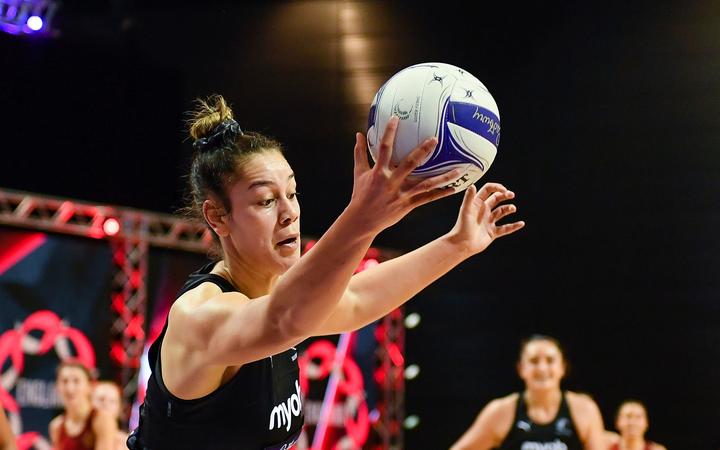 Dame Noeline was very happy with the physical condition her players were in, given the limitations of what her players could do under various Covid restrictions.

The Roses closed in on the Ferns and the scores were locked part-way through the final quarter and Dame Noeline knows they have a battle on their hands in the next two tests.

"I thought we secured a lot of ball in our turnovers and probably weren't able to take it from one end of the court down to the other.

"Overall it's a great pass [mark] for us but also knowing we're one up and knowing how the English work they're coming back at us hard so we just got to get ourselves ready.

"I think also probably they exposed us in their attacking end in-circle, so we probably have to look at that, we got split a bit."

Crampton said the Roses whole defensive end was tough, with Geva Mentor, Layla Gusgoth, and Beth Cobden back in the side.

The Silver Ferns' coach said they had to treat this series as if it could be the last before next years Commonwealth Games.

"In these pandemic times, opportunities are getting slim.

"This could be our last ...the intention of building the depth is really important to get people out on court so we can know what they can actually do in real time but also so we know what we need to do to improve, it's a fine balancing act." 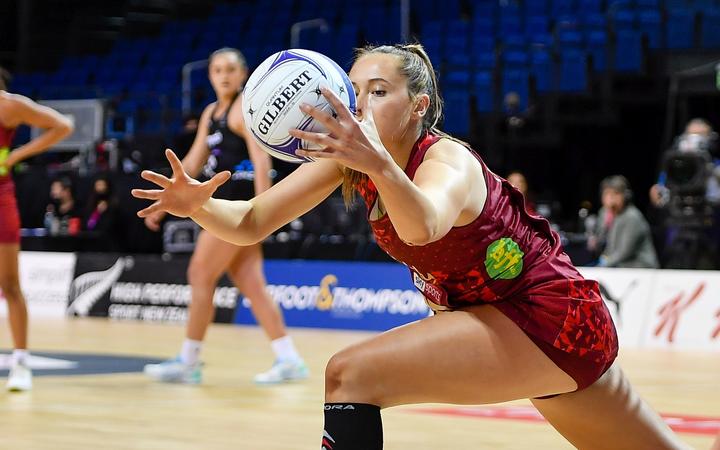 When the Ferns put their foot down in the second quarter, the Roses brought George Fisher on at goal shoot, where she was deadly accurate under the post.

"I knew that I would be able to insert her [Fisher] when needed because I think her relationship with the feeders is stronger," Roses coach Jess Thirbly said.

"Some of these guys needed to get better at understanding the space that George holds ...the midcourt were much more confident today feeding her.

"So I'm in a great position now because I kind of feel like with Jo Harten and Helen Housby overseas most probably very jealous watching tonight but with the likes of Ellie [Eleanor Cardwell] and George it's so competitive in that circle but George has really matured and stepped up over the last year."

The Roses finished with nearly double the penalties that New Zealand did but Thirlby believes they can address that quickly.

"We also knew that New Zealand use their body really well ...we've now played this first game and we'll just need to think of ways where we can be a bit smarter. We will need to reduce that, I need seven of them in play at all times if we are able to compete."

Test two of the Taini Jamison trophy is on Wednesday.