The Afghanistan Cricket Board is committed to promoting the women's game in the country and is optimistic their one-off test against Australia in November will go ahead, new chairman Azizullah Fazli said.

The ACB fears being isolated after Cricket Australia threatened to scrap a test match against the men's team if Afghanistan's new Taliban government did not allow women to play the sport. 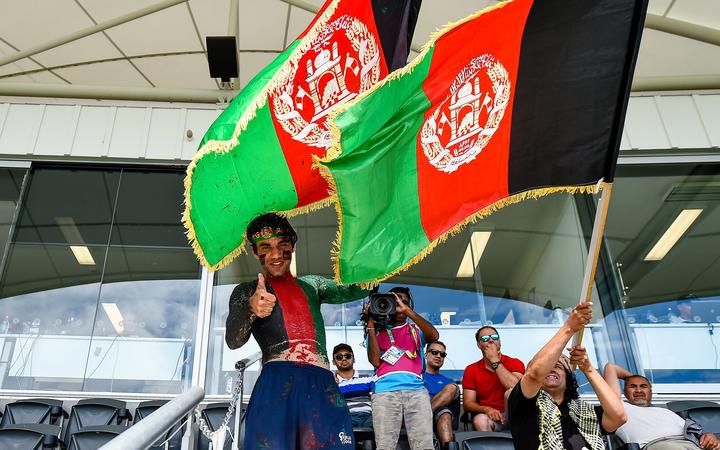 The Australian board said driving the growth of women's cricket was "incredibly important" to it but Fazli said the CA communication was result of a "misunderstanding" which was being cleared up.

"We officially talked with them and the issue regarding the test match will be resolved," Fazli said.

A Cricket Australia spokesman confirmed they were in "regular dialogue with the ACB" but said that, as things stand, the board's position on the Hobart test had not changed from last week.

The row was sparked when a Taliban representative last week told Australian broadcaster SBS that he did not think women would be allowed to play cricket because it was "not necessary" and would be against Islam.

Fazli, who returned as the ACB chairman last month in the first major cricket development in the country since the Taliban took control, said he was still awaiting instructions from the government on the future of women's cricket.

"The new government of Afghanistan is focusing on its priority programmes," the administrator said.

When the Taliban last ruled Afghanistan two decades ago, girls were not allowed to attend school and women were banned from work and education.

The governing International Cricket Council will discuss the issue at its next board meeting in November.

Australia test captain Tim Paine said last week that other countries might refuse to play Afghanistan in the men's Twenty20 World Cup, which begins next month, because of the issue.

Fazli ruled out such a prospect.

"There's no threat to Afghanistan's participation in the T20 World Cup," he said.

"We are already beginning our camp preparation. As a full-member team, our international relation with other full-member countries is very good."

The ACB also found themselves in an awkward situation last week when Rashid Khan stepped down as captain of the Twenty20 World Cup squad, saying the selectors had not consulted him before picking the team.

Fazli said fellow all-rounder Mohammad Nabi would now lead the side in the showpiece tournament in the United Arab Emirates.

"Mohammad Nabi is a senior team player, and now he is the captain," he added. "He knows his team members very well."