Latest - Manchester United conceded a dramatic stoppage-time goal as they lost to Young Boys despite Cristiano Ronaldo scoring on his Champions League return for the Red Devils. 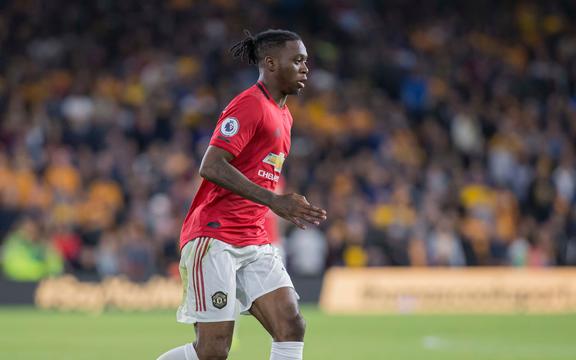 Ronaldo, who became the joint all-time Champions League appearance holder on his 177th appearance in the competition, fired United ahead after an exquisite pass from fellow Portuguese Bruno Fernandes.

United played for almost an hour with 10 men after Aaron Wan-Bissaka's dangerous challenge on Christopher Martins earned the defender a straight red card.

They looked set to hang on for a point in an entertaining match after Cameroon winger Moumi Ngamaleu's equaliser, but a 96th-minute mistake by substitute Jesse Lingard allowed Jordan Siebatcheu to score the winner.

The home fans celebrated wildly while Ole Gunnar Solskjaer was left to reflect on what might have been.

Reigning champions Chelsea opened their campaign with a one-nil win over Zenit St Petersburg in London.

Brazilian legend Pele is to be moved out of intensive care in the next day or two after having surgery to remove a tumour from his colon. 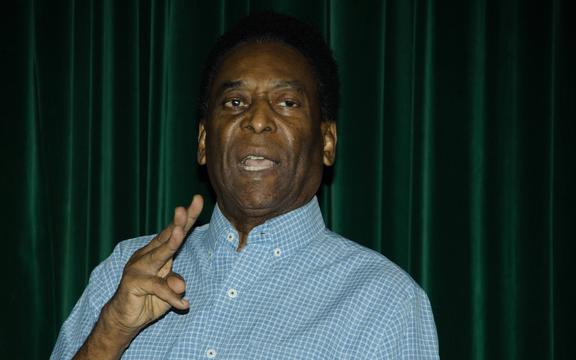 The 80-year-old is being treated at the Albert Einstein Hospital in Sao Paulo.

Pele's daughter Kely Nascimento said her father was "doing well" and "is not in pain" in a post on Instagram.

The three-time World Cup winner has been having treatment at the hospital since 31 August after the tumour was detected in routine tests.

His health has been a concern in recent years; he had prostate surgery in 2015 after he was admitted to hospital for the second time in six months, and he was admitted for a urinary infection in 2019.

Pele is Brazil's all-time leading goalscorer with 77 and one of only four players to have scored in four different World Cup tournaments.

Sri Lanka fast bowler Lasith Malinga has announced his retirement from all forms of cricket, ending a 17-year career in which he became the highest wicket-taker in Twenty20 internationals. 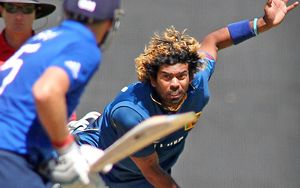 Malinga, known for his unorthodox bowling action and toe-crushing yorkers, continued to play T20 matches after quitting test cricket in 2011 and one-day internationals in 2015. His last T20 game was against the West Indies in March 2020.

Malinga, who made his Sri Lanka debut against Australia in a test in 2004, gained a reputation for his searing in-swinging yorkers that were hard to play due to his distinctive round-arm delivery action.

Malinga is the only bowler to take four wickets in four consecutive balls twice in internationals -- against South Africa in a 2007 ODI and against New Zealand in a T20 in 2019.

He struggled with injuries during his career, needing ankle surgery in 2014 and missing many matches due to a chronic knee problem.

British sprinter CJ Ujah's 'B' sample has tested positive, confirming the result of his initial test from the Tokyo Olympics. 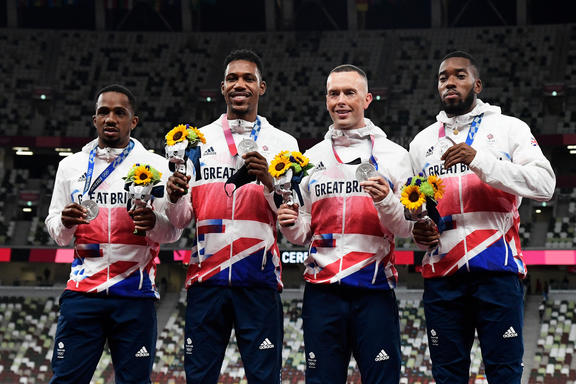 Ujah, 27, was part of the British men's 4x100m relay team which won silver at the rearranged 2020 Olympics.

They will now almost certainly lose those medals.

Ujah was provisionally suspended when a test taken at the Games - his 'A' sample - tested positive for banned substances Ostarine and S-23.

Ostarine is listed as an anabolic agent - banned at all times - in the World Anti-Doping Agency's list of prohibited substances.

The UK Anti-Doping (Ukad) website said it has "similar effects to testosterone".

The case has now been referred to the Court of Arbitration for Sport Anti-Doping Division, which will rule on whether the British relay team should be disqualified.

World Rugby Chief Executive Alan Gilpin said staging the Rugby World Cup every two years instead of every four is an "interesting concept" but that all stakeholders would have to be given their say before the idea was even considered. 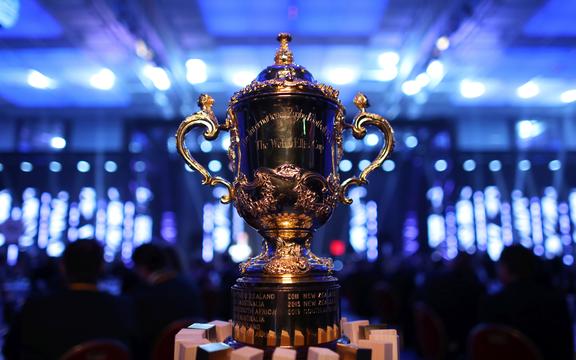 The comments come after world football's governing body floated the idea of a biennial World Cup, with FIFA's congress voting to carry out a feasibility study on the proposal.

Japan hosted the last Rugby World Cup in 2019 and France is set to stage the next edition of the sport's global showpiece event, first held in 1987, in two years' time.

Gilpin, WR Chairman Bill Beaumont and France 2023 director general Claude Atcher met in Paris this week, and although WR said a biennial World Cup was not among items on the agenda and remains unlikely in the near future, it is not being totally dismissed.

"Biennial World Cups have been considered before and they're definitely something that we will continue to consider," Gilpin was quoted as saying by the Telegraph

"But the men's calendar is very congested and complex, with a lot of different stakeholders, and we have to make sure we engage with them all before we consider a World Cup every two years."

Springbok lock on his way home

Springbok lock Nicolaas Janse van Rensburg will miss the remainder of the Rugby Championship after being forced to withdraw from the squad due to personal reasons. 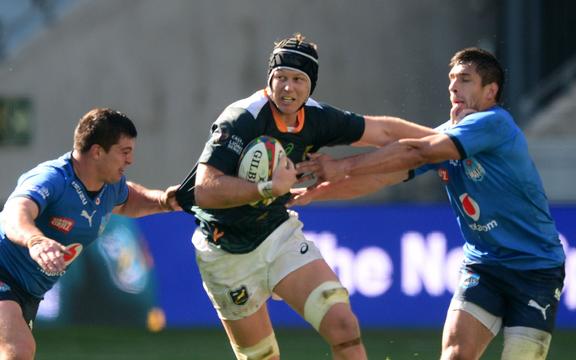 Janse van Rensburg, who made his Springbok debut against Argentina in Nelson Mandela Bay, was one of five specialist locks in the Springbok touring squad, with the others being Lood de Jager, Eben Etzebeth, Franco Mostert and Marvin Orie.

Utility forwards Rynhardt Elstadt and Jean-Luc du Preez can cover lock and loose forward, which gives Springbok coach Jacques Nienaber sufficient options in the second row as they prepare to take on Australia in Brisbane on Saturday, and New Zealand thereafter in back-to-back Tests in Queensland.

"It is always sad to lose a player, and especially such a good team man, but Nicolaas has personal matters to attend to, and as a Springbok family we support him," said Nienaber.

Another Monza rally this year

Italy's Rally Monza will replace cancelled Japan as the final race of the world championship season in November.

The Nov. 19-21 short format asphalt event will feature stages on and around the Italian Grand Prix circuit outside Milan as well as on closed roads in the mountains to the north.

It was also last season's finale on a calendar rewritten due to COVID-19.

Japan had been due to return to the calendar this year for the first time since 2010 but the event was cancelled last week as a result of the pandemic.

Aston Martin expect four-times world champion Sebastian Vettel to race on for them in Formula One next season and an announcement is imminent, team owner Lawrence Stroll said. 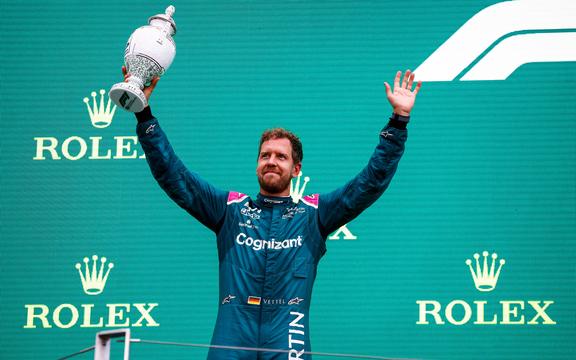 "We are delighted with Sebastian. It is our firm intention to continue with him next year and beyond," said the Canadian billionaire.

Aston Martin said earlier that they had started building their new F1 factory at Silverstone.

Vettel, who won his titles with Red Bull from 2010-13, joined the team from Ferrari at the end of last year and the German turned 34 in July.

Vettel is 12th in the championship after 14 races, with Stroll's son Lance a place behind.