New Zealand weightlifter Laurel Hubbard's Olympic campaign is over after she failed her three attempts in the snatch at the Tokyo Games tonight. 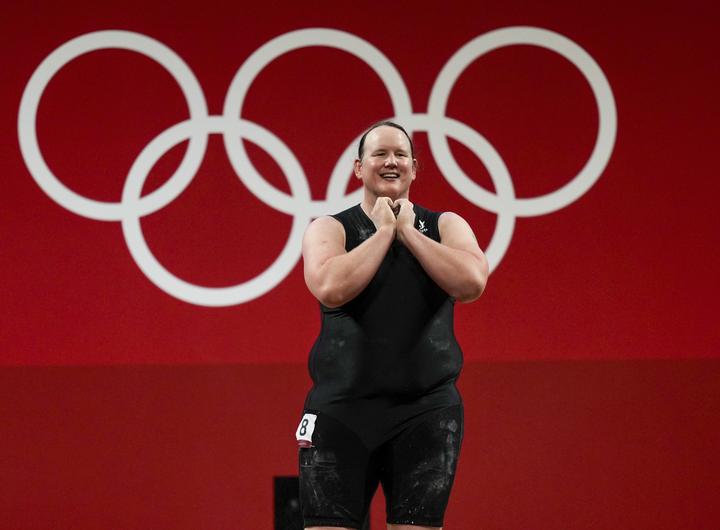 Hubbard is likely the first openly trans woman athlete to compete at the Games, but the International Olympic Committee says it cannot be certain on numbers of trans athletes.

Competing in the over-87kg class, Hubbard missed her opening attempt at 120kg, but came close with her second attempt at 125kg. The attempt was ruled out by the judges after the 43-year-old New Zealander failed to maintain control of the bar.

Hubbard then failed with her third attempt at the same weight, meaning she was out of the competition and did not compete in the clean and jerk.

"My performance wasn't what I had hoped but I'm humbled by the support I've received from so many people around New Zealand. I am aware that my participation has been controversial," she said following the competition.

"Thank you to the IOC for living up to the Olympic values and showing that sport is for all and that weightlifting can be done by all types of people."

China's Li Wenwen set an Olympic record of 140kg in the snatch to take a dominant lead into the second phase of the competition.

Li Wenwen lifted another Olympic record in the clean and jerk, her 180kg effort giving her a total of 320kg.

Transgender rights advocates have applauded the International Olympic Committee's decision to allow, under certain criteria, athletes like Hubbard who identify as women to compete in women's events.

But some former athletes and activists believe her background gives her an unfair physiological advantage, and say her inclusion in the super-heavyweight category undermines a protracted struggle for women to be treated equally in sport.

Hubbard has not spoken with media since her place on the New Zealand team was confirmed, but in a statement on Friday she thanked the IOC "for its commitment to making sport inclusive and accessible."