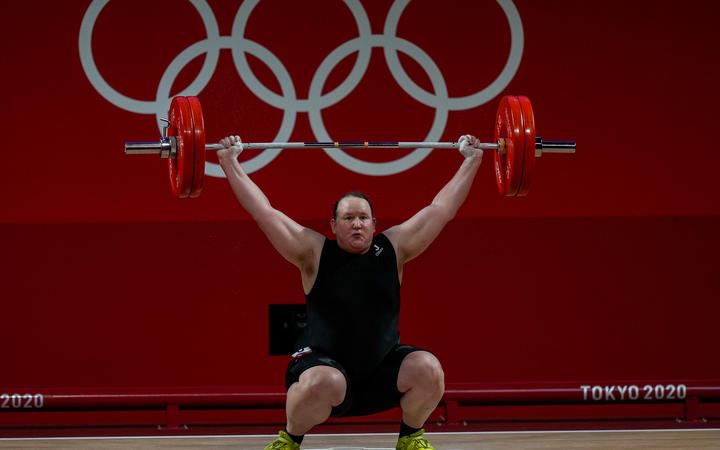 Laurel Hubbard says her performance wasn't what she hoped, but she is humbled by the support she has received. Look back at how day 10 unfolded for Kiwi athletes.

Hubbard, who has a personal best snatch of 132kg, is likely the first openly trans woman athlete to compete at the Games.

She dropped the weight on her first attempt of 120kg and lifted on her second attempt of 125kg, fist-pumping as she walked off.

She elected to stay at 125kg for her third attempt, but was unable to lift it.

"My performance wasn't what I had hoped but I'm humbled by the support I've received from so many people around New Zealand. I am aware that my participation has been controversial.

"Thank you to the IOC for living up to the Olympic values and showing that sport is for all and that weightlifting can be done by all types of people."

"Thank you also to Japan for hosting an extraordinary Games," Hubbard said after the competition.

Meanwhile, all three Kiwi riders have made the individual section of the equestrian that started at 11.45pm, but placed fifth as a team.

Sailors Peter Burling and Blair Tuke's race for gold today was put on hold due to light winds, with the pair expected to race tomorrow instead, while two-time winner Lisa Carrington won her heat of the K1 200m kayak event earlier today to advance to Tuesday's semifinals.