New Zealand's track cycling team take a step into unfamiliar territory on Monday when they begin their Olympic campaign in Tokyo. 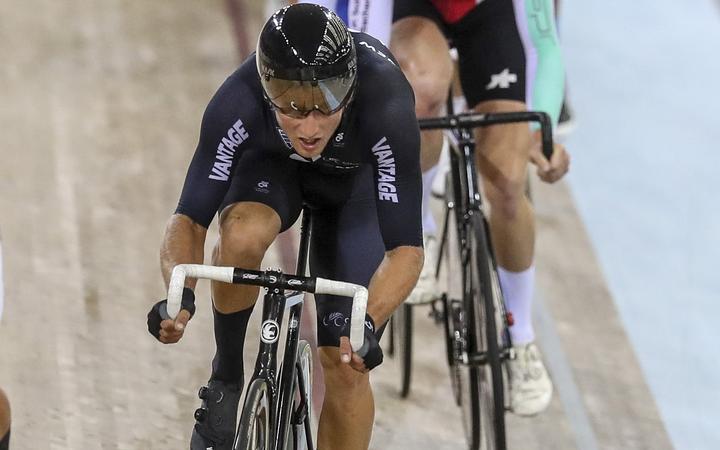 The squad has settled well on the super-fast boards at the Izu Velodrome, but enter somewhat into the unknown given there has not been any meaningful international competition for over 18 months.

"We are pretty happy where we are tracking from a training point of view but we are uncertain how other countries have been tracking in that time," said men's endurance coach Craig Palmer.

"From a team pursuit view it is still a time trial, so it is about focussing on our process and executing well to deliver the fastest that that we can. That will land where it lands."

All five riders in the male team pursuit have been world champions - Regan Gough in team pursuit, Campbell Stewart and Aaron Gate in omnium, Jordan Kerby in individual pursuit and Corbin Strong in points race.

"Selection is been challenging for such a deep squad. I keep being told it is a good problem to have. As a coach I beg to differ, with some very challenging selection decisions about who to put on the track and when," Palmer said.

"We have amazing depth in the programme, which has given us some challenges in terms of selection but is exciting for this competition."

While the men's team pursuit has one race per day, the women have qualifying on day one followed by both first round and medal round on day two.

The squad is a mix of experience with three-time Olympians Jaime Nielsen and Rushlee Buchanan along with Kirstie James mixed with the youth of Bryony Botha and Holly Edmondston along with team pursuit reserve Jessie Hodges.

While team sprint has been the focus of New Zealand teams at the last Olympiad, there is a new-look with Sam Dakin joining the three-fold world champions Sam Webster and Ethan Mitchell.