The Tactix beat the Southern Steel 54-49 in Sunday's elimination final in Invercargill to advance to the grand final of the National Netball Premiership. 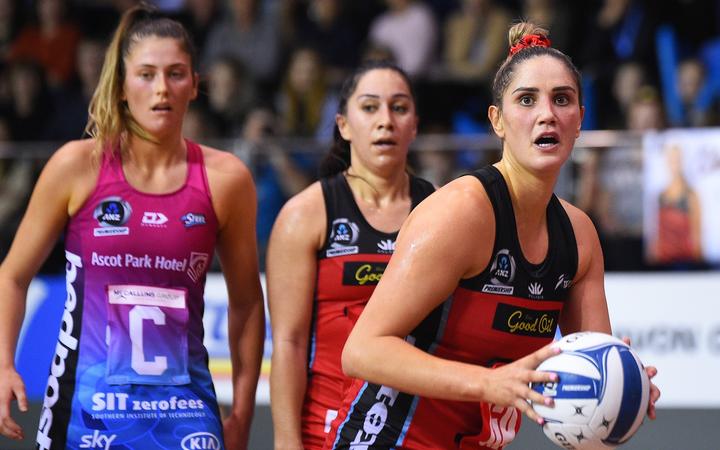 Holding a handy 11-goal lead at halftime, the Tactix were well-positioned to further press their credentials but the youthful new-look Steel, who have impressed with their attitude and ability to deliver the unexpected, rose to the occasion in the second 30 minutes.

Undone by a poor second quarter, the Steel went on to win a battling second half, closing to within four on a couple of occasions to show their growth and character in the battle of the south, but were left unable to make the vital breakthrough.

Led by their defence end of Karen Burger and Jane Watson and an attack line which managed to get the ball circle-bound with more regularity put the visitors in the box seat, the Steel ultimately being undone by an unproductive second quarter.

The early statement was a heavy defensive presence employed by both teams, the play-making skills and high work rate of goal attack Tiana Metuarau helping the Steel find more flow on attack to hold the slightest of edges.

Finding their own sense of timing with a smoother transition into lofty shooter Ellie Bird, the Tactix cranked up the intensity to win the first quarter spoils when taking a 15-13 lead into the first break.

Led by the heady and intimidating presence of in-circle defenders Watson and Burger, the Tactix stamped their class in a powerful second quarter surge.

With Kimiora Poi and Charlotte Elley lifting their intensity, the Tactix almost left the Steel's attacking raids at a standstill and with no safe passage through to goal. Turnovers came thick and fast for the visitors with the expert feeding of Samon Nathan delivering a bounty of ball into Bird's hands.

A run of eight unanswered goals pushed the Tactix into a position of control while the Steel were restricted to just five goals during the second 15 minutes. Enjoying 35 shots at goal compared to the Steel's 21 resulted in a defining 29-18 lead for the Tactix heading to the changing sheds at halftime.

Both teams produced some exhilarating phases of play and while the Steel won the quarter narrowly, there was still a mountain to climb when they trailed 41-32 at the last turn, before the Tactix emerged triumphant 54-49.