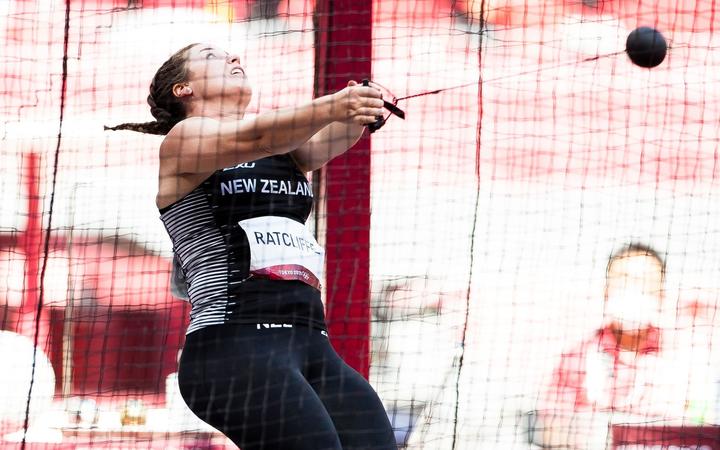 The 2018 Commonwealth Games champion looked relaxed as she entered the circle for her first throw in qualifying group A, her international experience paying off as she threw 73.20m, just shy of final automatic qualifier of 73.50m.

Ratcliffe's second round effort of 68.89m was followed by a third and final throw of 70.87m.

While ending in a comfortable fourth position in qualifying group A, as she hadn't met the automatic qualifier Ratcliffe had to wait for qualifying group B competitors to complete their throws, before her place in the final was confirmed.

"First throw I think for everyone is to just get one in, you've just got to clear those nerves because everyone is a bit shaky going in.

"The first two throwers fouled their throws, which kind of puts you on edge a bit watching that, so I was glad to get that first one in just full stop - the fact it got really close to that automatic qualifier I knew from previous results I'd be pretty safe."

Fellow New Zealand hammer thrower Lauren Bruce was unable to deliver her best in qualifying group B, but gained invaluable experience from her Olympic debut, with throws of 67.71m, 66.01m and 66.15m placing her 12th.

"As one of the girls out there said before, you've got world champs next year, Comm Games, another Olympics in three years' time," Bruce said.

"We'll go back home and take the break, and get ready to go again."