Michael Venus and Marcus Daniell hope their Olympic bronze medal inspires the next generation of New Zealanders to pick up a tennis racket. 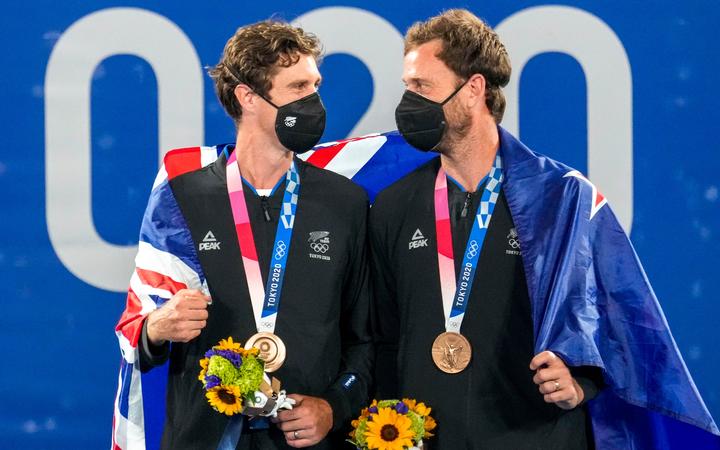 Venus and Daniell became the first New Zealand tennis players to stand on an Olympic podium in more than a century after they beat Americans Austin Krajicek and Tennys Sandgren in the men's doubles bronze medal match in Tokyo.

"We have made a little bit of history today and I really hope that it's inspiring to a younger generation of Kiwis and gets people to pick up some tennis rackets and really see it as a high performance sport and an Olympic sport," Daniell said.

"And I hope we can get a really good engine going and produce some more players.

Daniell and Venus are ever-present at tennis' grand slam tournaments and Venus has won the French Open, but they believe an Olympic medal is at a "different level".

"New Zealand is so Olympics focused. It's really a huge deal in New Zealand so to show that Kiwi tennis players can win medals I really hope that jump starts the interest and the passion for tennis in our younger generations," Daniell said.

"I guess we won't know for a little while but I really hope that happens." 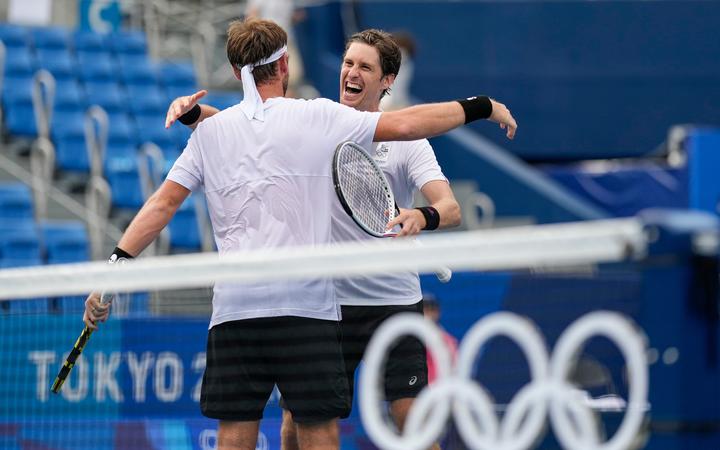 Daniell and Venus don't play together regularly but built a great combination at the Games.

"We've played a little bit over the years in Davis Cup sporadically. We've known each other for so long so have really good understanding of each other on and off the court," Venus said.

"We have played against each other so we know each other's games well. So that made things a lot easier just coming together and talking about how we thought things would work well together.

"We really opened up and shared all our strengths and weaknesses and how we could come together the most as a team. That allowed us to really work together and solve some problems."

Daniell also believes they benefited from sharing a room in Tokyo.

"If you really want to get to know someone put in two single beds next to each other in the extreme heat," he said. 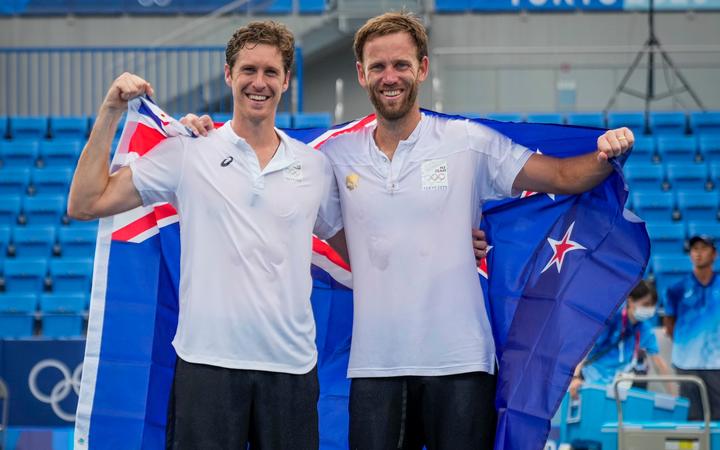 "I'd say there was definitely some bonding going on there.

"It's been very easy to spend time together even though we are extremely different people. Our room is sort of a room of two halves.

"I'm quite an orderly person. My wife would say I'm OCD and Mike couldn't be more opposite so I've just had to draw an imaginary line in the middle of the room and he can keep his side however he wants it and mine looks pretty neat and tidy.

"I wish I could share a photo with you guys."

They will now split to resume the ATP Tour season, with both heading to the United States for a tournament in Washington D.C. next week.

Venus is unsure when they will return home.

"Hoping to go back to New Zealand at the end of the year but both of us are struggling to get vouchers to get into the country so maybe we can swap half of our medal for a voucher or something."