Mixed results for the New Zealand rowing crews on day two of the Tokyo Olympics. 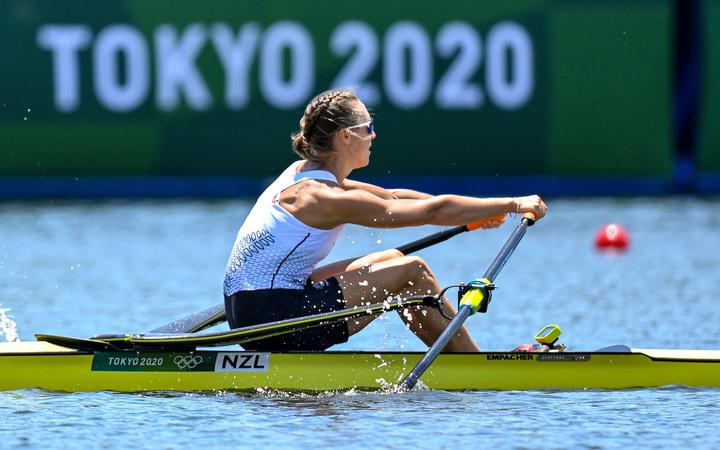 Brooke Donoghue and Hannah Osborne are safely through to the final of the women's double sculls after finishing second in their semifinal, while Emma Twigg has won her quarterfinal in convincing fashion to advance to the semifinals of the women's single sculls.

But men's single sculler Jordan Parry, the men's double and women's quad have all failed to progress in their respective events.

Donoghue, the double world champion, and Osborne finished 4.74 seconds behind the winning crew from Romania but were comfortably inside the top three throughout their double sculls semifinal.

Twigg finished 7.14 seconds clear of her nearest rival in her single sculls quarterfinal, easing to the finish line in the second fastest time. 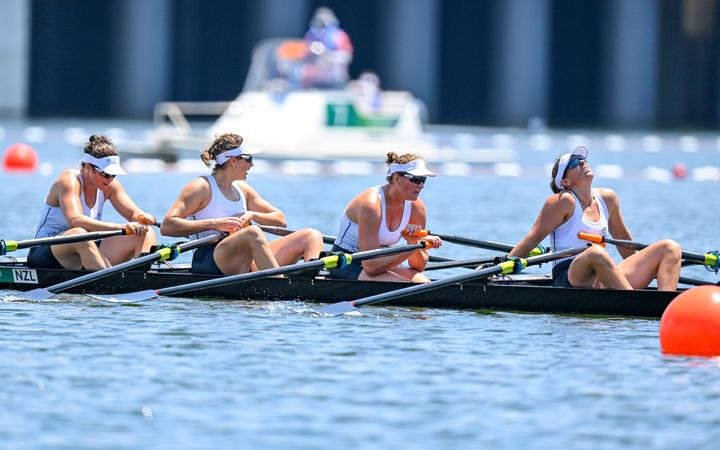 Parry has missed out on a place in the semifinals of the men's single sculls after finishing fourth in his quarterfinal.

He was unable to recover from a slow start and finished almost two seconds off third place.

Chris Harris and Jack Lopas also finished fourth in their semifinal in the men's double sculls, a little over one and a half seconds off a place in the final.

They will instead have to be content with a place in the B final.

Olivia Loe, Eve Macfarlane, Georgia Nugent-O'Leary and Ruby Tew will also race in the B final of the women's quadruple sculls.

They finished third in their repechage to miss out on a place in the medal race.