Two more members of the Czech Olympic team have tested positive for Covid-19, taking the total to six, and the country's Olympic Committee has launched an investigation into a charter flight taking athletes to Tokyo. 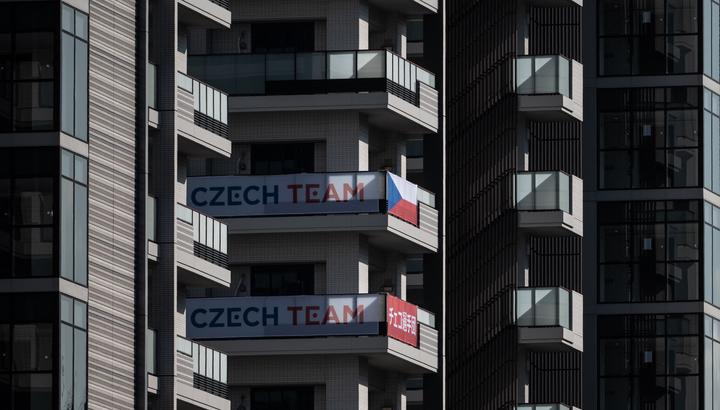 The Czech Olympic Committee said women's beach volleyball player Marketa Nausch-Slukova and cyclist Michal Schlegel were the latest to test positive, raising the number of Czech athletes at the Tokyo Olympics infected by the virus to four, plus two other team members including Nausch-Slukova's husband and coach Simon Nausch.

Slukova finished fifth at the London Olympics in 2012, and she is now 16th in the world rankings with her team mate Barbora Hermannova.

"It's awfully sad for me, that Barbora and me, we had to quit this way," Slukova said.

The infected athletes were on a charter plane that took part of the Czech team to Tokyo last Friday, together with the first identified case, doctor Vlastimil Voracek, the COV said.

Czech media reported Schlegel was also on the flight.

The doctor was not vaccinated against Covid-19, Czech media reported, although that was not a condition of participation. A spokesman for the Czech Olympic Committee said he could not confirm this as he did not have the doctor's consent.

The Czech Olympic Committee has launched an investigation into the virus spread on the flight, which took 14 athletes to Tokyo from Prague.

"The investigation will focus on whether all safety measures against Covid-19 spread were upheld before, during, and after the flight and whether some individuals have neglected their duties," the Committee said.

A report in the Czech Republic said members of the team took off their masks as soon as the flight took off and that team members decided to all sit together in one part of the plane.

The team said other people on the flight have been tested again by PCR (polymerase chain reaction) tests which were all negative.