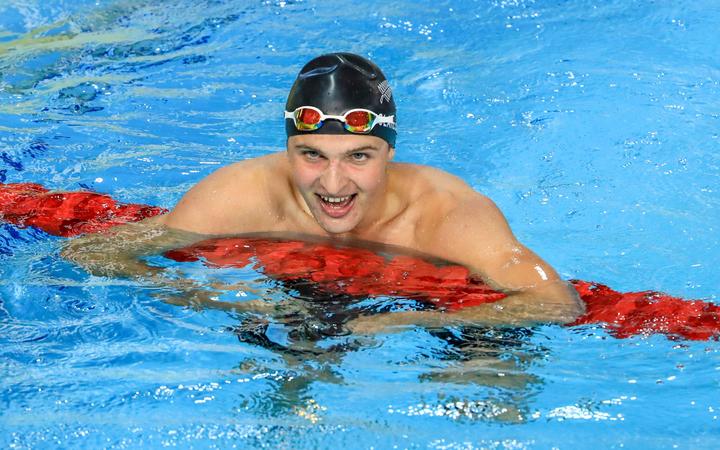 That was the last time a New Zealander was on the Olympic swimming podium.

But Clareburt, 22, could be the country's best bet for ending the quarter-century drought after a world championship bronze medal in the 400m individual medley in 2019.

After shaving nine seconds off his best in under a year to get there, Clareburt is confident that if the stars align in Tokyo, he has as good a chance as any of taking home a medal.

And the absence of a crowd won't be a problem either.

"If I can get myself into the final I think anything's possible, a medal could definitely be on the table," he said.

"Being from New Zealand, we don't really get a whole huge crowd. So we probably got a bit of an advantage compared to the rest of the world," he said.

"By the time I go out on that block, you know, I'm ready to get angry and ready to bust it out and go fast."

The pandemic has posed preparation challenges, with no international competition since the world championships, but also no distractions from training, which Clareburt thinks might make for some high-quality performances in the Tokyo pool.

He acknowledged pressure on him to deliver a medal, but was largely ignoring it.

Clareburt has also become something of an star in recent weeks with TikTok videos of his athlete's village experiences, and was stunned that one of them had over a million views.

"We're doing something that you know is making us have a bit of a laugh," he said. "It definitely distracts you from what you're here to do."