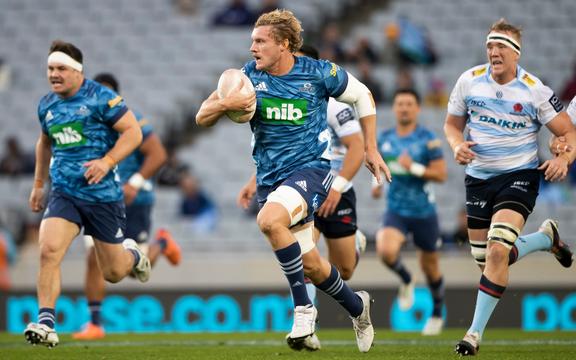 Blake Gibson is moving to the Hurricanes. Photo: Photosport

The 26-year-old Gibson has played 54 games for the Blues over six years and was co-captain in 2019.

He scored the match-clinching try in the Super Rugby Trans-Tasman final for the Blues in their win over the Highlanders at Eden Park last weekend.

"While he's still relatively young, he has plenty of experience and we're looking forward to what he can bring to the squad next year."

Gibson said while it was hard to leave the Blues, the move to the Hurricanes was the right one for him.

Para canoe athletes Scott Martlew and Corbin Hart have been selected for the Tokyo 2020 Paralympic Games. 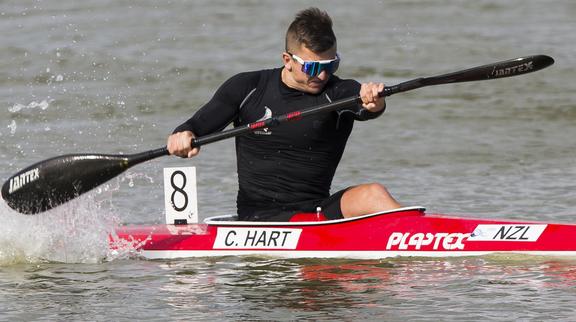 Martlew, from Christchurch, will be optimistic of a strong showing at his second Paralympic Games after two podium finishes in the KL2 200m at the last two world championships.

Martlew took up kayaking at the age of 16. The following year he sustained a tear to his left quadricep playing rugby. The tear became infected with a flesh-eating bacteria and his leg had to be amputated.

Competing against able-bodied athletes at this year's NZ Canoe Sprint Championships, he showed his versatility by winning K2 200m and K2 1000m bronze medals alongside Ben McCallum. Martlew also competes internationally in the Para va'a (outrigger) canoe as a KL3 athlete and will do so in Tokyo. Martlew has a single limb deficiency.

Hart has enjoyed a meteoric rise to his first Paralympic Games.

A surf lifesaving enthusiast in his youth - in late-2019 he lost his right leg in a civil road accident.

He took up kayaking last year and in October - just three months after he first sat in a kayak - Hart made his competitive debut at the Blue Lake 1 regatta in Rotorua where he won the Division 2 K1 500m A Final and finished second in the K1 200m A Final.

Training up to 16 sessions a week he returned for Blue Lake 2 on Lake Tikitapu and paddled an impressive sub-40 second time in a K1 boat for the 200m distance.

Intending to focus his efforts on qualifying for the Paris 2024 Paralympic Games, Hart, who has a single limb deficiency, instead switched his emphasis on trying to make the NZ Paralympic Team for Tokyo.

Hart headed to the ICF Canoe-Kayak Sprint and Para Canoe World Cup in Hungary. On his international debut he placed 7th in the KL3 200m final in 43.78 to qualify a boat for New Zealand in this event at the Tokyo 2020 Paralympic Games.

Sunday's ANZ Premiership match between the Central Pulse and Mainland Tactix in Porirua has been postponed due to the raised Covid-19 Alert Level in Wellington. 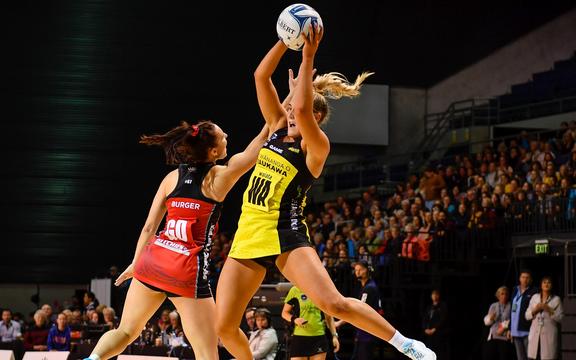 Following the region's exposure to a traveller from Sydney who has tested positive for COVID-19, the government has enforced an Alert Level 2 status until 11.59pm on Sunday night.

The Round 11 clash, which was planned to be played at Te Rauparaha Arena at 4.15pm, has been postponed and will be rescheduled to Tuesday 29 June at 7.15pm, subject to any further updates from the government regarding alert levels.

Netball New Zealand chief executive Jennie Wyllie said it was a disappointing situation for all involved, but experience has shown the importance of taking a cautious approach.

"The decision to postpone the match is in the best interest of public health, including our athletes, coaches, administrators, fans and volunteers."

The National Netball League match between Central Manawa and Mainland due to be played as a curtain raiser game on Sunday has been cancelled with the match declared a draw and teams allocated two points each.

Townsend returns to the Warriors

The Warriors have signed premiership-winning halfback Chad Townsend for the remainder of the 2021 NRL season. 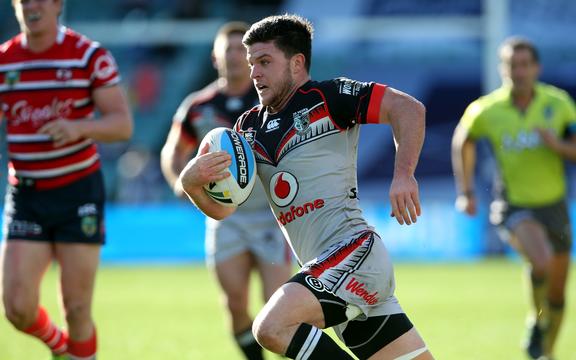 Chad Townsend during his first stint at the Warriors in 2015. Photo: Photosport Ltd 2015

The 30-year-old will immediately link with the club for the second time in his career ahead of the Warriors' 16th-round encounter with St George Illawarra at Central Coast Stadium in Gosford on Friday, July 2.

"Bringing a player of Chad's calibre and experience back to the club at this time of the year is terrific for us," Warriors head coach Nathan Brown said.

"He has impressed as one of the NRL's most consistent halfbacks throughout his career and he's a proven performer in big games. We're certainly delighted we've been able to sign himand it's also a real positive that he knows our club so well."

Townsend made 41 appearances for the Warriors in 2014 and 2015 before returning to Sydney on compassionate grounds. 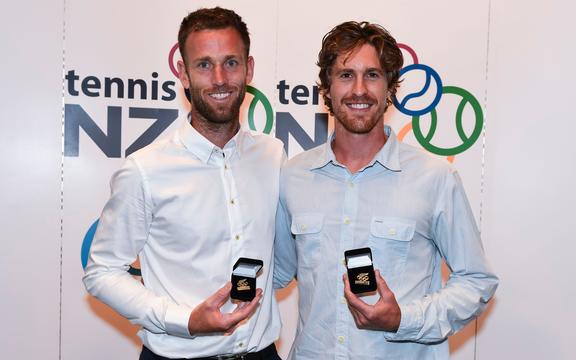 They will play together in the men's doubles, subject to the NZOC receiving a quota spot for the event.

Venus is the world's 16th ranked men's doubles player and has won 14 ATP doubles titles, including the 2017 French Open.

Daniell is ranked 41st in the world and has five career doubles titles.

Venus and Daniell represented New Zealand at the Rio Olympics where they lost to the eventual silver medallists, Canadians Daniel Nestor and Vasek Pospisil, in the first round.

Artem Sitak has been named as a non travelling reserve in the event of an injury for either Venus or Daniell, subject to a reallocated quota.

The New Zealand Squash Championships have been moved to September due to the Covid-19 Alert Level in Wellington. 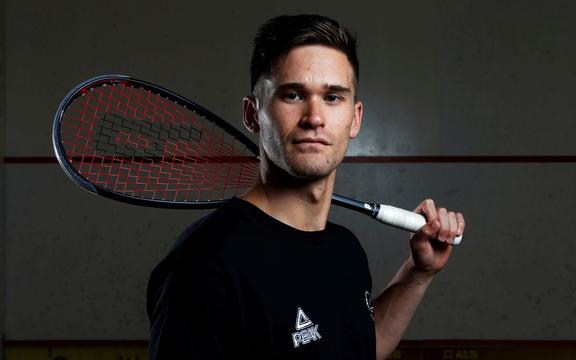 The tournament was due to be held at the Hutt City Squash Club this weekend.

But Squash New Zealand in partnership with Squash Wellington and Hutt City Squash Club have decided in the interests of the sport and players it is best to postpone the national championships until September 10-12 at the same venue.

It will be a feeling of deja vu for organisers.

Last year's championships were postponed twice before finally being staged in November.

Springboks Damian de Allende and RG Snyman have been cleared to travel home from Ireland after being burned in an accident earlier this month. 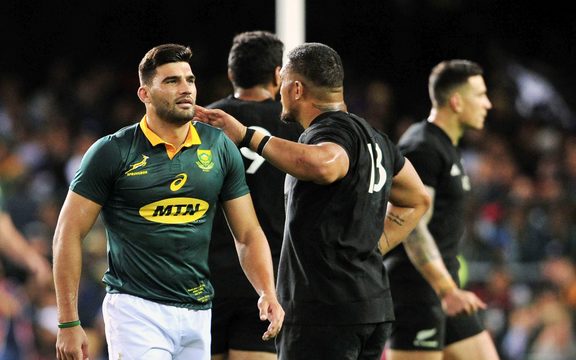 The World Cup winners sustained burns to their legs, hands and face in a bizarre fire-pit incident but will be allowed to join up with the Springboks next week as they prepare for the British and Irish Lions tour.

"Both players had good reviews with the specialist this week," their club Munster said in a statement.

They will travel back to South Africa this week, it added.

De Allende is a key player for the Boks in the series, while Snyman has been slowly working his way back from a serious knee injury sustained on his debut for Munster last August.

The UCI opened an investigation in March 2020 after the allegations by American Sara Youmans and Canadian Maggie Coles-Lyster of the women's second division team were reported by French newspaper Le Monde.

After finding that he had violated its code of ethics the UCI began disciplinary proceedings against Bracke in October.

The French newspaper said that Youmans alleged Bracke acted inappropriately during a contract negotiation in 2019.

"The Disciplinary Commission confirmed the Ethics Commission's analysis that Mr Bracke's conduct constituted sexual harassment according to article 6.4 of the UCI Code of Ethics and article 2.3 of Appendix 1," the UCI said in a statement.