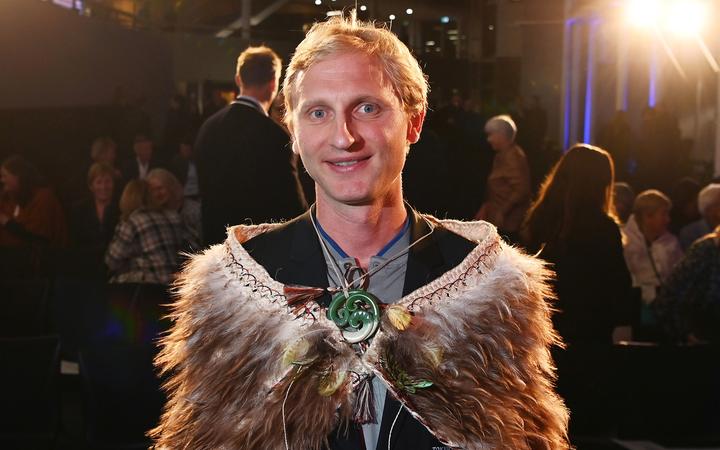 The New Zealand Olympic Committee confirmed the pair as joint flagbearers at a team function in Auckland on Wednesday night.

The event also marked one month to the Olympic Games, which was set to run from July 23 to August 8.

A change in Games rules meant it would be the first time a male and female athlete jointly carried the New Zealand flag at an Olympic opening ceremony.

Part of the team which claimed a silver medal at the 2016 Rio Games, Hirini also had a Commonwealth games gold medal and two world titles to her name.

The 28-year-old said she grew up in awe of New Zealand's Olympians and the country's flagbearers.

"This means so much to me and my family.

"Being able to carry the flag and represent the women's sevens team and the wider New Zealand Team at the Opening Ceremony is going to be such a huge honour. I can't wait to represent my country at these Games."

Gold medallist alongside Eric Murray in the men's pair at the 2012 and 2016 Games, the 35-year-old set for his fourth Olympics said he was proud to carry the flag alongside Hirini.

"If you look back on the people who have been our flagbearers over the years it's a pretty amazing bunch of athletes so to be bestowed this opportunity is really special to me.

"Our flagbearers have represented us with distinction, pride and respect in the past and I'm really honoured to be adding my name to that list."

Hirini was presented with another valuable kakahu on Monday, before the Black Ferns sevens team's departure for Australia for a warm-up event.

Waddell said the pair were chosen as they exemplify the values and culture of the New Zealand Team.

"Sarah and Hamish are outstanding athletes and are also leaders off the field of play.

"These athletes are role models and bring a huge amount of mana to our team. I'm extremely proud to be naming them as flagbearers.

"They will follow in the footsteps of some of New Zealand's greatest sportspeople when they lead the New Zealand Team into the Olympic Games Opening Ceremony on July 23rd."

The flagbearer is chosen by the New Zealand Olympic Team Chef de Mission taking into account a wide range of factors, including past performances, ability to lead and inspire New Zealand athletes, competition preparation and performance standards.

Sir Peter Snell was the New Zealand team flagbearer the last time New Zealand competed at the Olympic Games in Tokyo, i 1964.