Kyle Jamieson wrecked India with the ball and opener Devon Conway compiled a half-century to put New Zealand in a strong position in the final of the inaugural World Test Championship in Southampton. 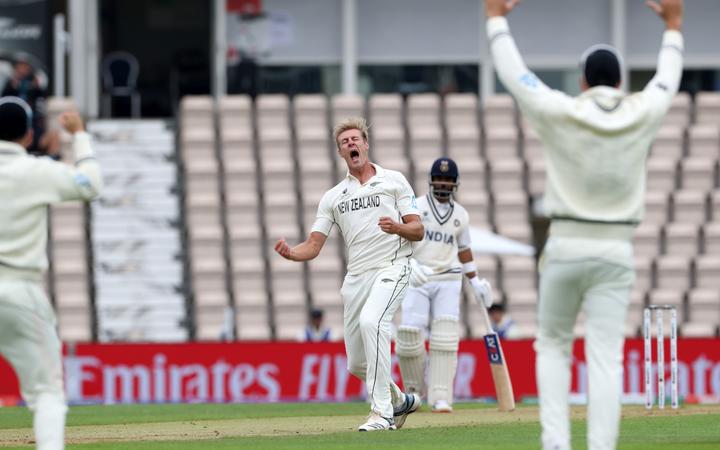 Jamieson claimed 5-31, his fifth five-wicket haul in his eighth test, to help bowl out India for a below-par 217.

New Zealand captain Kane Williamson, batting on 12, and Ross Taylor, who was yet to score, will return tonight looking to push for a significant first-innings lead.

Earlier, resuming on 146-3, India fell short of the 250-mark which they believed would be a par total at this ground.

Look back at how day three of the WTC unfolded here

Jamieson, often using his 203cm frame to generate extra bounce, picked up the prize wickets of a set Virat Kohli and the dangerous Rishabh Pant to effectively snuff out any such hopes.

India captain Kohli could not add to his overnight score of 44 and fell lbw, a decision he got reviewed but not overturned.

Pant made four before perishing in the slips after a wild slash at an away-swinging delivery.

Ajinkya Rahane made a dogged 49 but fell to a leg-side trap, pulling Neil Wagner to Tom Latham who had just been deployed at midwicket precisely for that kind of dismissal.

Ravichandran Ashwin made 22 but Jamieson returned to mow down the tail even though Mohammed Shami denied him a hat-trick. 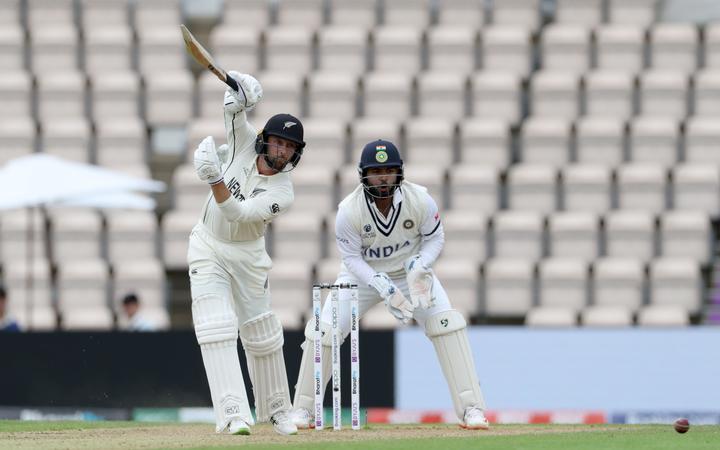 "I ride the coat-tails of the other guys. The pressure they build up, I ride on. It means if we can keep doing that, one of us comes away with some wickets."

New Zealand mounted a strong reply with Latham, who scored 30, and Conway adding 70 runs for the opening stand.

In India's three-pronged seam attack, only Shami managed to trouble the openers with his ability to generate awkward bounce.

Ashwin finally broke the stand, deceiving Latham with change of pace, but Conway could not be denied his fifty.

The left-hander made 54 before chipping Ishant Sharma to Shami at mid-on in the final over.

"It was a crucial wicket for us," India opener Shubman Gill told reporters.

"I feel if we would have been able to bowl a couple of more overs to Ross Taylor, who was a new batsman, we might have gotten a couple more wickets.

"We'll have a slight edge on them tomorrow because both the batsmen are relatively new in the crease."

Today's play began 30 minutes late because of a wet outfield. Rain had washed out the entire opening day's play on Friday and only 64.4 overs could be bowled on Saturday.

The weather-hit match has a reserve day to make up for lost time.