The Blues have ended their long wait for a fourth Super Rugby title. 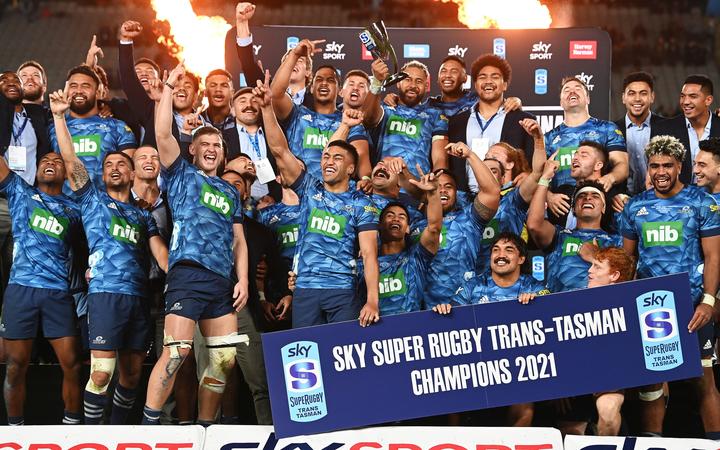 They have beaten the Highlanders 23-15 in the Trans-Tasman final at Eden Park in Auckland to lift their first Super Rugby trophy since 2003.

Blake Gibson scored the match-sealing try for the Blues in the 77th minute after a tense second half which saw the Highlanders overturn a 13-6 halftime deficit.

"I haven't scored many tries and I normally show no emotion as well, but that one felt pretty good, aye," Gibson told Sky Sport.

"The boys showed a lot of grit especially in that second 40 and lucky we scored that try because I wouldn't be defending the line in the last couple of minutes like that." 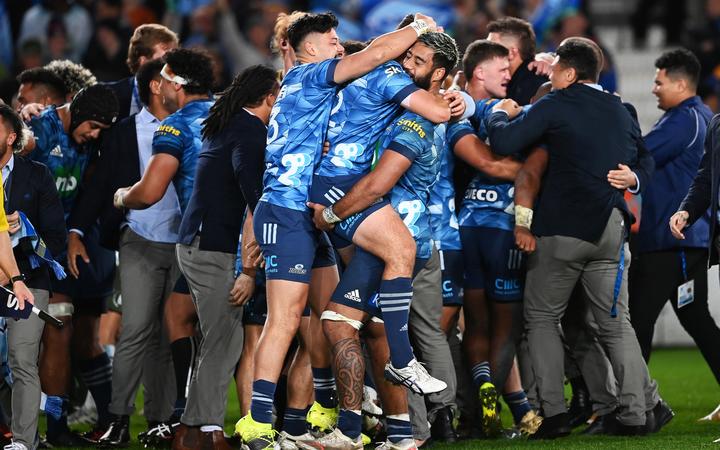 The Highlanders had the better of the opening stages and took an early 3-0 lead through a Mitch Hunt penalty in the sixth minute.

But it was the Blues who scored the first try, with Mark Telea crossing in left corner in the 17th minute from an Otere Black crossfield kick. Black converted from the sideline to five the Blues a 7-3 lead.

The Highlanders were reduced to 14 men midway through the first half when co-captain Ash Dixon was yellow carded for a high tackle on Black. Harry Plummer kicked the resulting penalty with Black leaving the field for a head injury assessment to put the Blues up 10-3.

The Blues weren't able to capitalise further on their numerical superiority and shortly after the Highlanders returned to 15 men Hunt kicked his second penalty to again reduce the deficit to four points.

Black had the final say in the first-half, kicking a penalty from in front to give the Blues a 13-6 halftime lead. 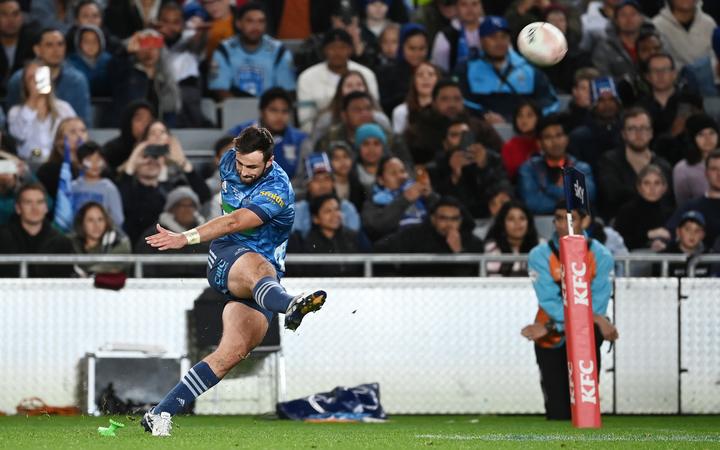 The hosts dominated the first quarter of an hour in the second half, but were unable to crack the Highlanders' line.

Akira Ioane was held up over the tryline and the Blues coughed up possesion just a metre out as the Highlanders held on.

The visitors then began to wrestle back control of proceedings and punished the Blues for their ill-discipline.

Hunt struck two penalties in the 60th and 65th minutes before Josh Ioane nailed a penalty from 45 metres out to give the Highlanders a 15-13 lead with 12 minutes remaining.

The lead was shortlived, however, with Plummer landing a penalty in the 70th minute to put the Blues up 16-15.

Plummer then sealed the result and the title, kicking a conversion from the sideline after Gibson had finally broken the Highlanders' line in the 77th minute.