The Blues have suffered a double blow ahead of their trans-Tasman Super Rugby final against the Highlanders in Auckland on Saturday night.

All Black prop Ofa Tuungafasi will miss the game due to a knee injury that needs surgery, putting in doubt his involvement in the All Blacks upcoming test programme.

Tuungafasi missed the side's win over the Western Force last week, but it had been hoped he would be available for the final.

Also missing is loose forward and stand-in captain Tom Robinson, who was concussed in the Blues win over the Western Force last week.

He has been replaced in the starting lineup by Akira Ioane. 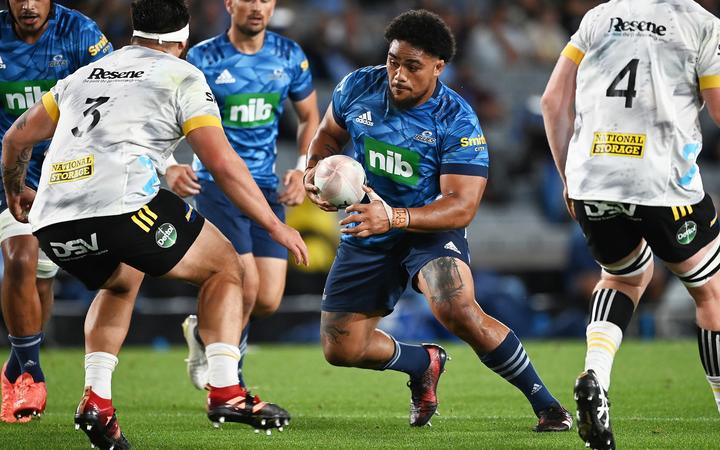 The Blues veteran and All Black prop Ofa Tuungafasi will miss the final against the Highlanders. Photo: Photosport

"It's sad for Ofa who is our longest serving current player while Tom has led us well this year when [skipper] Patrick [Tuipulotu] was injured," said coach Leon MacDonald.

There was also no Beauden Barrett.

The Blues had teased the possibility of Barrett coming into the squad after he trained with the team this week upon his return from Japan.

The possibility of his inclusion had been touted when first five Otere Black limped out of a training session but Black has been named to start.

The Blues have won four of the last five games against the Highlanders but it is their first final since 2003.

Meanwhile, the Highlanders have included lock Pari Park Parkinson and winger Jona Nareki in their starting lineup for Saturday's super rugby trans-Tasman final against the Blues in Auckland.

The pair were under injury clouds but have been declared fit to play.

The match will be co-captain Ash Dixon's 100th game for the Highlanders.

It is the same 23-strong squad which played against the Brumbies in the final round. 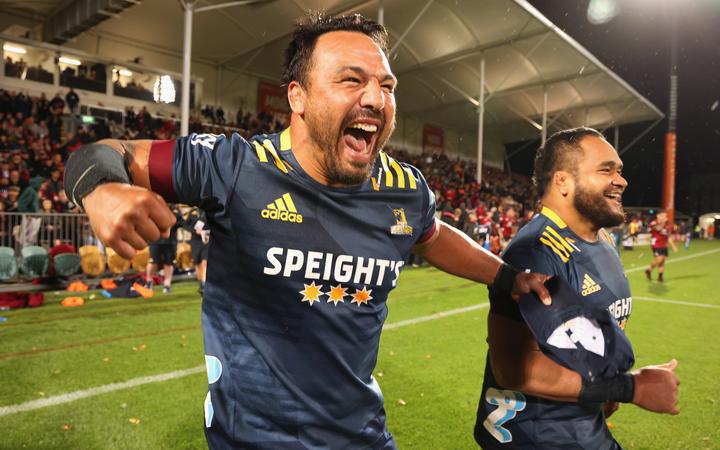 The Blues team is: