The Blues are keeping the Highlanders guessing about Beauden Barrett ahead of the Super Rugby Trans-Tasman final. 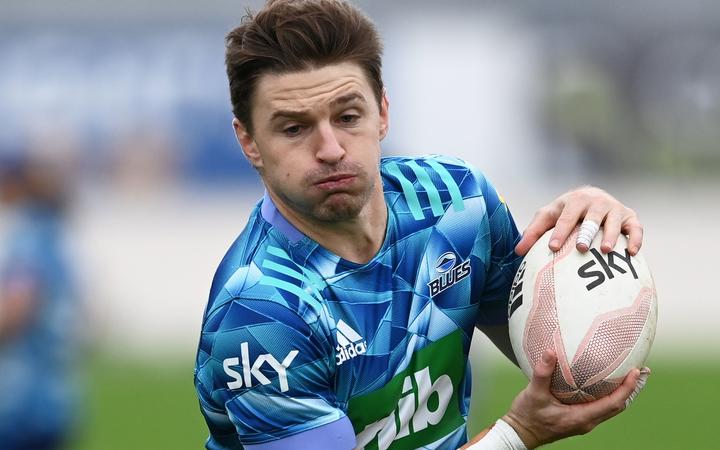 Back from his time playing in Japan and finished with his two weeks in managed isolation, the All Blacks star returned to Blues training on Tuesday.

Barrett's return also coincided with first-five Otere Black limping from the training field after taking a knock to his lower leg.

Asked about the prospect of Barrett stepping in if Black's injury did rule him out of Saturday's final in Auckland, Blues assistant coach Dan Halangahu was staying tight lipped.

"I don't want to say too much.

"We'll check on Otere, but at the moment, having Beauden around is a good thing - we'll keep it at that."

It remained to be seen, however, whether Barrett would even be eligible for selection, given he wasn't officially part of the Blues 2021 squad.

And while there was a clause in the rules allowing a player to be brought in under exceptional circumstances, it was understood the Blues had no plans, as the situation stood, to seek dispensation for the 88-test veteran. 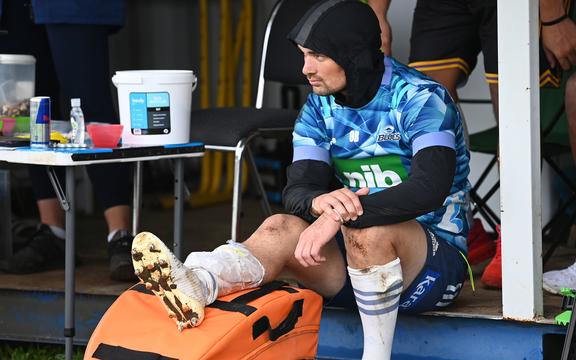 "There's a lot of questions going around about his availability, but just having Beauden around the group so far is just great with his experience.

"There's a couple of guys in the group who have played in a Super Rugby final, so great to have Beauden's experience and a couple of others who have been there."

Halangahu also added that Black leaving training was only a precautionary move and it was expected he would be back at training on Thursday.

The Blues also had three other first-five options in their squad - Harry Plummer, Stephen Perofeta and Zarn Sullivan - meaning any application for dispensation for Barrett would be unlikely to be successful.