New Zealand Rugby is finding itself in a row over a possible sponsorship deal with petroleum giant INEOS. 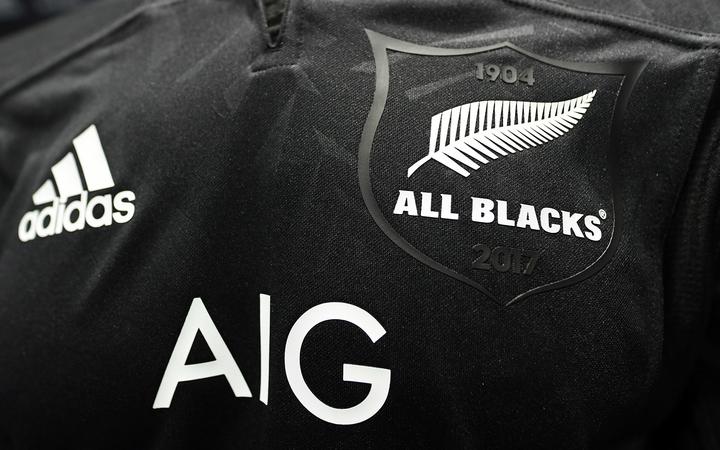 AIG's ten year deal as the All Blacks jersey sponsor comes to an end next year. Photo: Photosport

Environmental groups say they are worried that aligning with it could harm New Zealand's clean, green image.

This follows a stand-off with the NZ Rugby Players Association over whether to sell a mullti-million dollar stake in the game to Silver Lake.

INEOS already sponsors a cycling team, Formula One and UK sailing and over the weekend. News broke it was negotiating with New Zealand Rugby (NZR) for sponsorship of the All Blacks.

RNZ understands INEOS is set to replace insurance company AIG, whose ten year deal as the All Blacks jersey sponsor finishes up this year.

The INEOS logo though would not be on the jersey front, but rather the All Blacks shorts - leaving NZR with the opportunity to sign up another front of jersey sponsor.

The new deal could be worth in the region of $8 million a year to NZR but still needs the approval of Adidas, who will remain the apparel sponsor of the All Blacks and the Players Association.

He urged NZR to abandon the sponsorship deal.

"In the thick of the climate crisis, our treasured national rugby teams could be branded with the logo of a company responsible for choking our oceans with plastic pollution and driving climate disasters.

"The All Blacks have this amazing brand and reputation. They must not sell that out to an oil corporate who is cynically wanting to greenwash its image by associating with the All Blacks and our country's environmental reputation."

Greenpeace said INEOS was one of only 20 companies responsible for half of single-use plastic items thrown away globally - and a significant player in the oil and gas sector.

Abel argued the All Blacks brand would be destroyed.

"There is no way that we should allow that iconic rugby team to wear an oil corporation's logo on its back in the name of New Zealand.

NZ Rugby did not respond to RNZ requests for comment.

Green Party sports and recreation spokesperson Ricardo Menéndez March agreed with Greenpeace, saying the sponsorship should not go ahead.

He said it was similar to how community sports might rely on alcohol or gambling to get cash.

"I do think the onus should be on Government to create ethical funding avenues for sport bodies to apply for so they're not reliant on effectively unethical and exploitative corporates in order to sustain themselves."

He said increased funding for sporting groups, particularly those in local communities", should be part of that.

AUT sports marketing lecturer Dr Marilyn Giroux knew NZR had been vocal about needing "ä little bit of an injection of money" to get the sport going.

But she personally doubted it would be a good deal.