The Black Sticks teams are hoping the element of surprise will be on their side at the Tokyo Olympics. 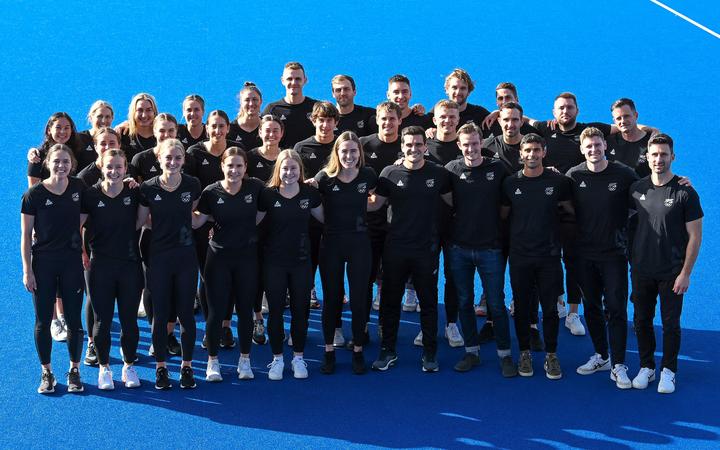 The Black Sticks men and women for the Tokyo 2021 Olympics. Photo: Andrew Cornaga/Photosport

Both the women's and men's squads for the Games were announced on Thursday, adding another 32 athletes to the wider New Zealand team.

The national hockey sides' relative isolation to their rivals has meant just four international matches for both since the Covid-19 pandemic hit last year, while their European rivals have long returned to action.

It may not have been ideal but men's striker Jacob Smith says there's two sides to every situation.

"I think our team is dangerous and relatively unknown. We're looking at the positives of coming in having worked really hard for four years, coming in as an unknown factor and trying to go all the way.

The veteran of nearly 300 tests said the country's Covid success meant they were not necessarily at a disadvantage.

"We don't know [yet] who's had the better side of it. For us it's just about doing everything we can in our preparations and then making the most of the game opportunities when they come."

Those opportunities were golden for women's coach Graham Shaw.

The Irishman said last month's four-match series against Australia in Palmerston North (won 1-0 by the Hockeyroos), and a return series in Perth later this month, were key to their preparation.

"That's what we've missed is that pressure, that build-up. It's very difficult to replicate that in a week-to-week training block.

"Just being able to put them in those situations was invaluable and then these games in Perth, with the Olympic selected, trying to fine tune the smaller details going into the final four weeks. 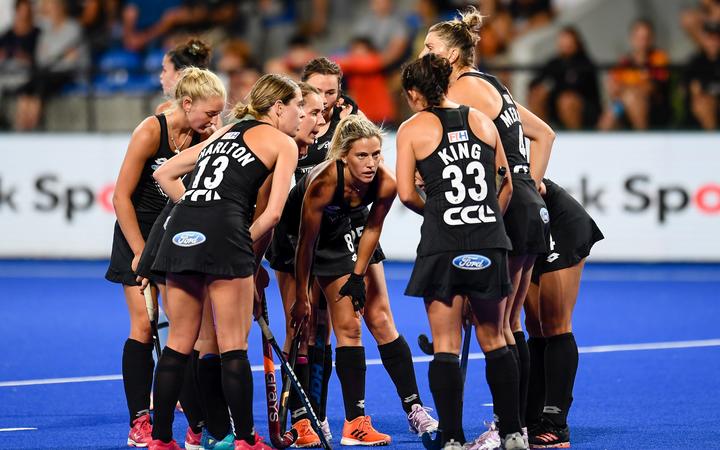 It wouldn't be the only crucial element during that period.

With Japan still being impacted by the pandemic, these Olympics were set to include a multitude of rules and restrictions for those taking part.

Shaw said staying up to speed with everything that would be required of them in the Olympic village would be key.

"It's going to be very, very important for every team to get that bit right.

"The reality is, if Covid comes through the village, a player might miss out, a team might miss out. Something could happen that we [need to be] prepared for.

"There's going to need to be a high degree of self and team discipline in how we operate in the Covid environment.

"There's no doubt in my mind that will play a factor somewhere along the line."

The first step, though, was getting to Tokyo with their teams in-tact.

Especially after the women's side lost veteran player Kayla Whitelock to a serious knee injury in their series against Australia.

Skipper Stacey Michelsen said they were gutted Whitelock had missed out on a fifth Olympics appearance.

"Both in terms of what Kayla brings off the field in terms of her leadership , guidance and way that she's willing to share with and educate the younger girls but also just her composure on the field.

"Her ability to keep calm and control a game are things that we will really miss."

Still, Michelsen had four other team-mates (Samantha Charlton, Olivia Merry, Ella Gunson and Rose Keddell) with 200-plus caps to help fill that hole, with the added enthusiasm of several first-time Olympians.

The Blair Tarrant-led men's side boasted even more experience, with Shea McAleese holding 313 caps and the quartet of Stephen Jenness, Hugo Inglis, Steve Edwards and Tarrant all having more than 200.

All that experience meant there had been room for just one bolter, 19-year-old Sean Findlay forcing his way into the 16-man squad on the back of an impressive debut international series against Australia last month.