Teaching players known for their flair to resist some of their natural urges has been one of the main focusses for Northern Mystics' assistant coach Rob Wright.

And it's a labour of love for Wright because he believes they'll have greater success as a result. 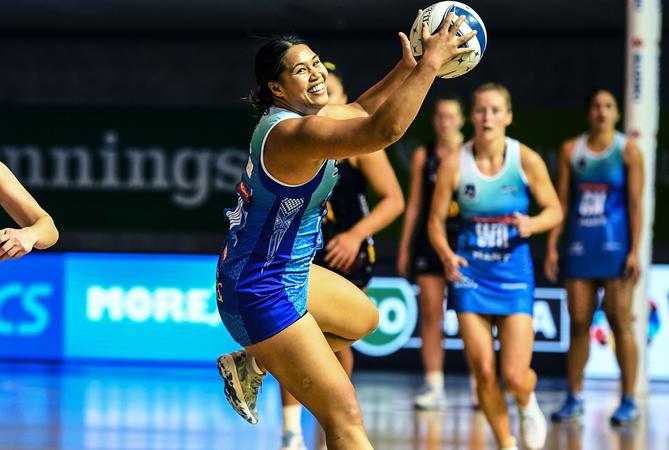 The Mystics became just the second team to beat the top of the table Stars so far this season with their 63-60 win over their cross town rivals on the weekend.

The win put them second on the table just tucked behind the Stars at the half-way point of the ANZ Premiership.

Wright said the most pleasing aspect of the win was the consistency.

"I think we've been quite patchy at times and that game was probably the closest to us putting a 60 minute performance together from both ends of the court," Wright said.

The experienced Australian coach, who guided the NSW Swifts to two grand finals in the old trans-Tasman competition, joined the Mystics this year.

Wright said it was exciting working with players who were at different stages in their careers and offered such different skillsets.

"To me it's about making sure that we can harness all that brilliance to get the consistency of it because that's what we're probably really trying to nail. At times we're fantastic and we can get out to a bit of a lead but then sometimes I think we then let teams back in so it's about continuing to put the foot down and just keep chipping away." 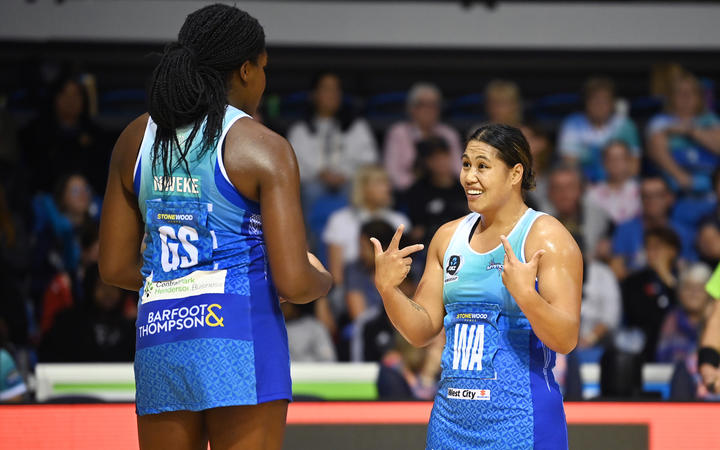 Nweke has shot most of the Mystics' goals this year; their win over the Stars highlighted that acutely with Nweke shooting an incredible 60 goals, while Mes shot just three.

Wright said if the Mystics wanted sustained success, they needed more of a spread.

"We're certainly wanting Bailey to shoot more, so it's certainly not a plan to have her shooting what she's shooting currently.

"I would love her to be shooting a lot more. She's doing a lot of work outside like the amount of centre passes and feeds she did in the game against Stars was fantastic but we want Bailey shooting more because it just makes our front end even more of a threat.

"I always think if you have two shooting threats it becomes much more difficult for the opposition so we're still working on that and Bailey's working on that as well it's certainly not a plan for her to be shooting low numbers."

Mes is third in the competition for centre pass receives, while Toeava is fifth.

Toeava does most of her damage feeding into the circle and sits first in the competition statistics for feeds.

Toeava is known for her flair but Wright said if overused it can lead to turnovers and let the opposition off the hook.

"You need to use flair when it's needed and sometimes it's just about making sure that we continue to do the hard work to make sure we keep scoring.

"Flair at times is a bit overrated, still want it, don't want to take that away from her but I think she's been a lot more disciplined with the ball and when she has those amazing skills then we cause havoc.

"I've been really impressed with Peta, in terms of the ball she's throwing away it's getting less and that's really exciting because she handles the ball so much and she can do some real magic with the ball and now it's getting really consistent."

"Cathrine was a wonderful player but at times all of a sudden she would just throw away some ball that I thought wasn't necessary.

"And as an opposition we were always thinking that we just need to keep putting the pressure on because we thought that that might happen. And it's not trying to be disrespectful to her, it was just at times I felt like she would try some stuff that just didn't come off.

"Amazing player though, lovely to watch, but yeah that's the one thing if I had coached her I would have liked to try and just rein in as well a bit." 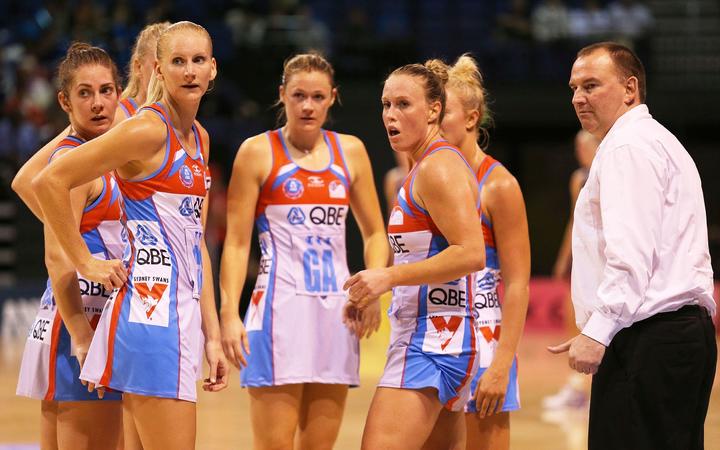 Rob Wright coach of the NSW Swifts with the team during the former trans-Tasman ANZ Netball competition. Photo: Photosport

It's around this time of the season that the calls for Toeava to be given another crack at the Silver Ferns increases in volume with her typically starting seasons with a bang.

But in the past inconsistency has crept in at the business end of the competition and the chatter starts to trail off.

But Wright was confident Toeava could maintain her form this year and a good sign for him was the improvement in her defensive efforts.

"Peta has worked really hard on getting fitter and I think it's showing because not only I think is now a lot more consistent in terms of play in attack but now as you say we're seeing that in defence.

"And it's so critical ...the competition is so close that all of our attackers have to make sure that they're doing their job as well defensively so we can try and win back ball. So I'm really impressed with how she's going that way."

The 27-year-old picked up one Test cap for the Silver Ferns back in 2018 but hasn't featured in any Silver Ferns' squads since. 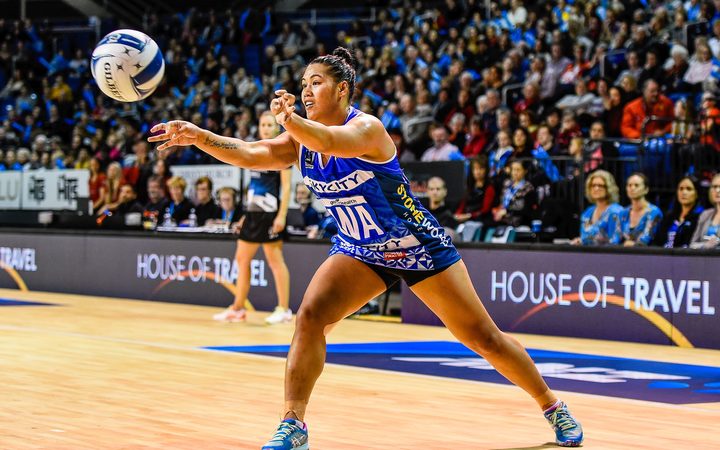 At 161cm her height could be seen as a barrier for higher honours but Wright believes she's good enough to make up for that with her explosive speed.

"Peta is the shortest player in the competition but to me it's about using her smarts and really nailing what she does really well like I always think if she can create and hit the circle edge she can negate those height issues.

"It becomes more difficult obviously, the game is played by giants now almost but she offers a very different skillset and that's where I think she could be really valuable. I have no doubt that she could have a real impact internationally."

Grace Nweke missed the Silver Ferns' cut earlier this year when she didn't pass the required fitness tests but at only 19 Wright said she was steadily building her fitness base.

"She's doing that extra work to make sure that she hits those targets and we're really pleased with the way she's coming along and she's an absolute weapon you can see that." 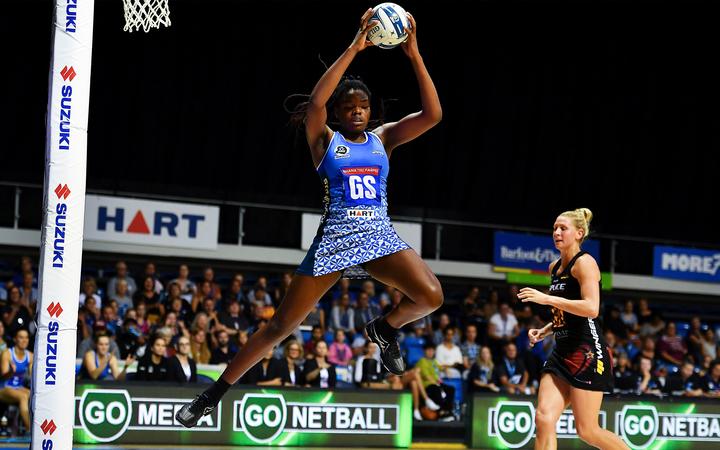 Even when opposition teams have tried to double mark Nweke during the season, the goal shoot has still been able to put up high numbers.

"She's a shooter that really wants the ball and I think that's special because under pressure you want those people that say 'give me the ball because I want to shoot this goal' and as a shooter that's really critical.

"So she's working really hard off the court as well to keep improving that fitness which I'm really excited about and I'll continue to push her at training."

Wright said when Nweke gets her opportunity with the Silver Ferns she could wreak havoc at international level for years to come.

"I'm absolutely convinced of that and especially as we continue to grow her game because at the moment we'll continue to add some movement and just some tweaks to her game. But when you're 193cm tall with a really good jump on you and a really good temperament on you she's going to be hard to stop and yeah it's going to be exciting to see."

Wright said he was loving the Mystics' environment and was hoping to extend his contract.

"There's a real community here and it's so respectful and I think the players [across the competition] really care about the group ...in saying that they really want to beat each other. When these teams come up against each other there's no love lost, they have respect for each other but everyone wants to beat everyone.

"And the exciting bit you look at this competition and at the moment and you're going 'which teams will actually make the final?' you just don't know and that is really cool."