As the negotiation deadline looms Team New Zealand boss Grant Dalton is remaining tight-lipped about the location of the next America's Cup event and says a one-off race against Team UK off the coast of England isn't set in stone. 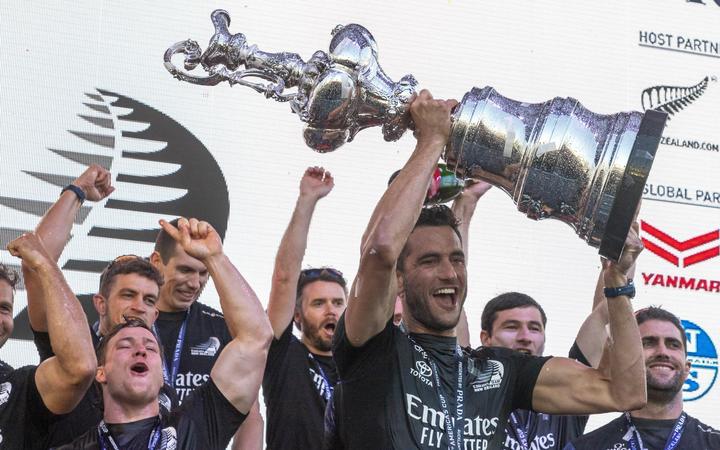 The defenders, who retained the Cup after a 7-3 win over Luna Rossa in March are yet to disclose where and when the 37th America's Cup will be held.

The New Zealand syndicate has had offers from overseas to host the next Cup and the New Zealand government has also made an offer to keep the event in Auckland.

An exclusive negotiation period with the New Zealand government comes to a close on 17 June.

"The relationship with the New Zealand government is very strong ... cordial, professional and we're all trying to do the same thing," Dalton said of the negotiations.

"Until that period is over we're not going to jepoardise anything by adding anymore than has been said already."

However Dalton said that speculation about a one-off race against Team UK off the coast of England was just that.

"If the Cup stays in New Zealand, no it's not going to happen, and if it has to go off-shore then everything is on the table at that point."

The backer of America's Cup challenger Team UK, Sir Jim Ratcliffe, said he would love to see racing held in Britain - and it would be good for Team New Zealand.

However, local businesses and the New Zealand government wanted to keep the Cup in New Zealand.

Potential Challengers, American Magic, via the New York Yacht Club tried to apply pressure to Team New Zealand and the Challenger of Record, Royal New Zealand Yacht Squadron, to speed up the announcement which is expected by the end of the month.