While waiting on the specifics for the next America's Cup event the New York Yacht Club has launched their own take on how to protect the "long-term commercial viability and global reach" of the 170-year-old sailing competition. 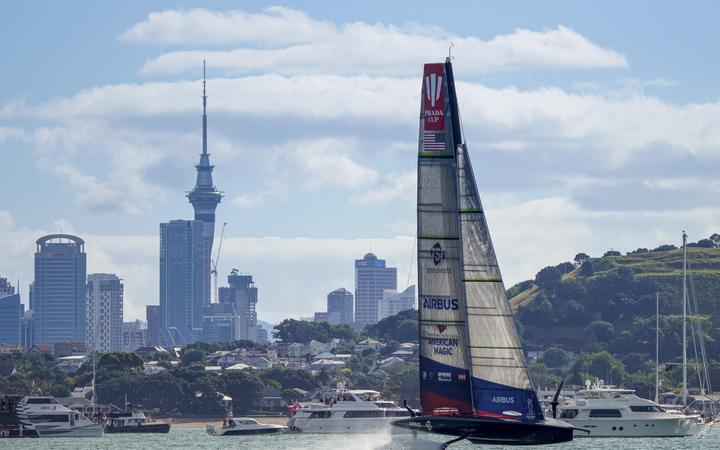 The New York Yacht Club lodged a challenge for the 37th America's Cup with Royal New Zealand Yacht Squadron and current defenders, Team New Zealand, this month - despite the event not yet being open to entries.

The details of when and where the 37th America's Cup will be held as still being worked on between Team New Zealand and the Challenger of Record the Royal Yacht Squadron and Team UK.

But the New York Yacht Club have also spent their time since their American Magic entry dropped out of contention for the latest America's Cup held in Auckland thinking about the future and they have "serious concerns" about what will happen next with the Match.

Alongside their challenge the New York Yacht Club also released a 156 page protocol document outlining how future America's Cup events - until 2039 - should be run.

The commodore of the New York Yacht Club, Christopher J. Culver, said: "The cost of a competitive campaign, the lack of continuity in the class and the inability to plan beyond the current cycle have combined to create a prohibitive barrier to entry, which has manifested in the dwindling number of challengers and public interest."

Culver said the American club's draft protocol addressed these concerns - which said were worries that other "established teams" also had.

"It includes the tools necessary to improve the long-term commercial viability and global reach of the competition, while remaining true to the Deed of Gift and to the spirit of one of international sport's oldest competitions."

Beyond 2033 the draft protocol changes to the America's Cup being held every two years.

All racing is to take place in the summer months.

The Americans are also putting pressure on Team New Zealand and Team UK to announce the details on the upcoming 37th America's Cup by 17 June this year.

However venue negotiations with the New Zealand Government are not due to end until 30 June.

The protocol pushes for consistency in boat design between regattas, restrictions on when teams can sail in the lead up to an event and the declaration on how much each team is spending.

How or if this draft protocol will be used is unclear.

"As the Challenger of Record for the 37th America's Cup, we are working collaboratively with the Royal New Zealand Yacht Squadron and Team New Zealand to write the Protocol that will define the rules moving forward," a statement from Team UK said.

"We are delighted to hear that the New York Yacht Club are interested in continuing participation in the America's Cup and we will keep them informed as we move forward."