Jordie Barrett missed two late penalties as the ACT Brumbies notched up only the second win by an Australian team in the Super Rugby Trans Tasman competition on Saturday with a narrow 12-10 victory over the Hurricanes in Canberra.

Barrett sent a pair of penalty attempts wide of the posts in the final three minutes as the Brumbies chalked up their first win of the tournament against a Hurricanes side that had been looking to return to the top of the standings.

The result leaves the Blues at the top of the competition. 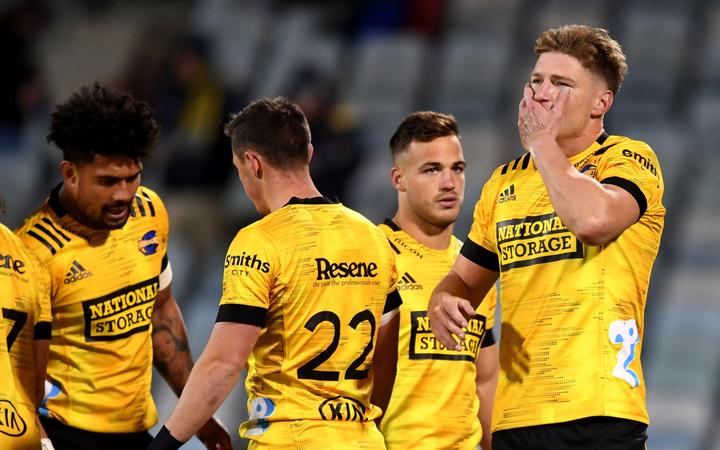 Jordie Barrett reacts to their loss to the Brumbies in Canberra Photo: Photosport

In Saturday's other match the Highlanders emerged from a frantic first half to notch up a 59-23 win over the New South Wales Waratahs in Dunedin to secure a bonus point victory.

The Highlanders crossed for nine tries and moved onto 18 points from their first four games in the competition, level with the Crusaders and one adrift of leaders the Auckland Blues.

The teams scored seven tries between them in the opening 40 minutes, with the Highlanders eventually emerging from a first half try-fest with a 10-point lead. 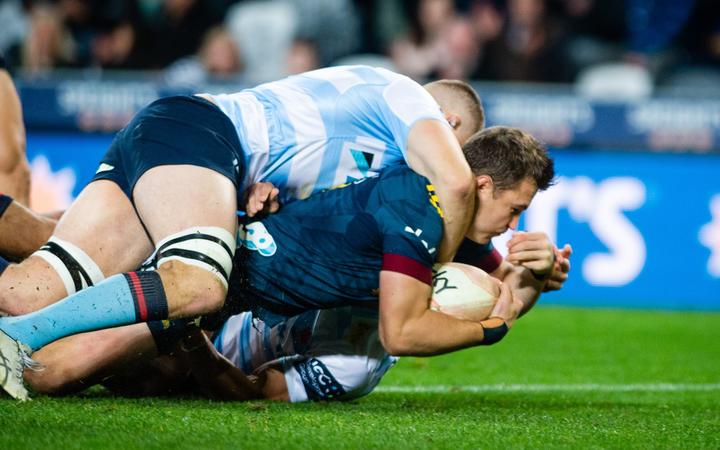 Look back on the Highlanders match commentary here:

This afternoon the Chiefs play the Melbourne Rebels in Sydney.