The Dunedin based 30-year-old, who had met the qualification standard for the 2020 Tokyo Paralympic Games, has previously won a Paralympic bronze medal, Commonwealth silver and three World Para Athletics medals.

She's 15 weeks pregnant with twins due in November.

"Part of me feels sad that I will not be competing in Tokyo, but I am ready and excited to take on the next challenge in my life," said Gillan.

"I feel blessed that I am able to carry babies, and I can look back on my athletics career and feel very happy, satisfied and honoured with what I've achieved." 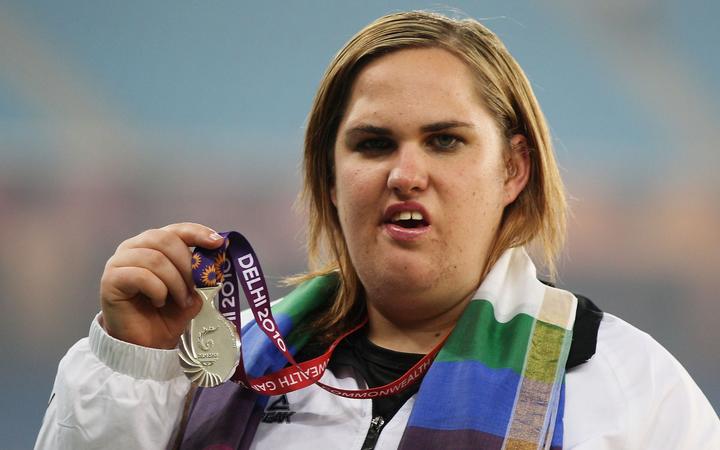 In 2010 she enjoyed more international success, winning a shot put F32-34 silver medal at the Commonwealth Games in New Delhi.

However, after missing out on qualification for the 2012 London Paralympic Games she took an extended break from the sport before returning in mid-2014 and going on to win silver in the F34 silver event at the World Para Athletics Championships in Doha and bronze at the Rio Paralympics in 2016.

"I look back to when I was kid just starting out in the sport and to think where my career has taken me is pretty amazing.

"I may not have not won gold (on the global stage) but I have many special memories. I feel my athletics career is complete and I would like to thank everyone who has supported me in my track and field journey.

Long-time coach Raylene Bates said Gillan epitomised what it takes to be successful.

"Jess is a real fighter, who has overcome setback after setback and still been able to perform on the world stage...having watched her journey from a teenager into a blossoming young women has been fantastic. She is the most revered athlete I've worked with and she has been a huge part of my life for the past 15 years."