Latest - Paul Snow-Hansen and Dan Willcox couldn't have asked for a better result heading into the Tokyo Olympics after winning the open men's 470 title at the European championships in Portugal. 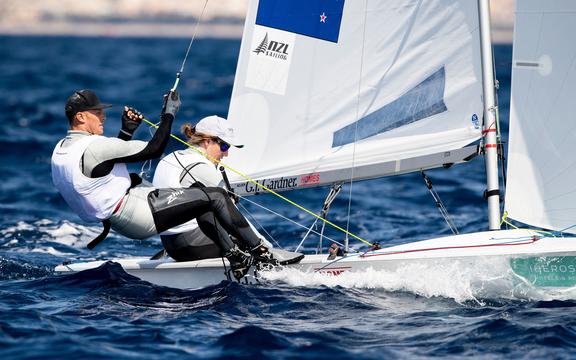 The pair went into the top-10 medal race in second, eight points behind Kevin Peponnet and Jeremie Mion and needing to finish at least four boats ahead of the the French combination.

They managed to do that in the double points showdown, with Snow-Hansen and Willcox fourth and the French ninth in the light 5-8 knot sea breeze.

New Zealand has a proud history in the men's 470, and Willcox's father Hamish won three world titles with David Barnes in the 1980s, but no Kiwis had won the European championships since Simon Cooke and Peter Nicholas in 2000.

The European championships was the first international regatta for Snow-Hansen and Willcox in 18 months.

The pair will soon head back to New Zealand and return to training with coach Geoff Woolley (following quarantine) before venturing to Japan in July.

Ko in touch in Thailand

New Zealand golfer Lydia Ko is in a tie for fourth, five shots off the lead, after the second round of the latest LPGA tournament in Thailand. 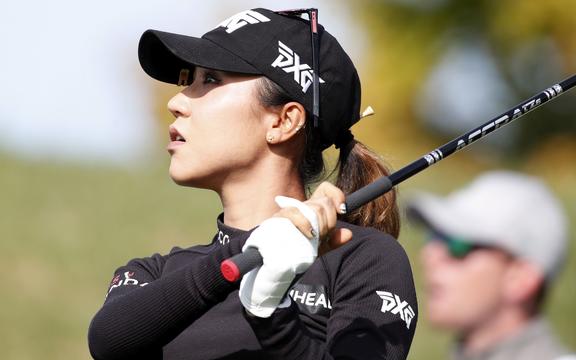 Ko fired a second round five under par 67 to be 11 under for the tournament.

Ko started her second round with three birdies in the first four holes but lost momentum with a double bogey on the par-4 No. 5. She closed the round with five more birdies and a bogey.

"I started off really well. Hit my ball towards the rough. Wasn't actually that far where we should have been able to find it, but cameraman said it's in that kind of proximity and we couldn't find it, and it's pretty dark under the trees anyway," Ko said of her adventures on the fifth hole. "So unfortunate there, but I hung in there and made some good birdies. So, yeah, overall happy with the way I played today."

Meanwhile fellow New Zealander Danny Lee pulled out of the latest PGA event in North Carolina citing a back problem during his first round.

Magpies too strong for Foxes

Newcastle United have all but secured their English Premier League survival after winning 4-2 at Leicester City.

Callum Wilson scored twice for Newcastle who climb to 13th on the table with 39 points, 12 points clear of the relegation zone with four games to play.

The loss leaves Leicester looking over their shoulder in the race to secure a top four finish and a place in the Champions League.

Shami and Jadeja return for India

India seam bowler Mohammed Shami and spin all-rounder Ravindra Jadeja return to the squad for next month's World Test Championship final against New Zealand in Southampton and the subsequent five-match series against England. 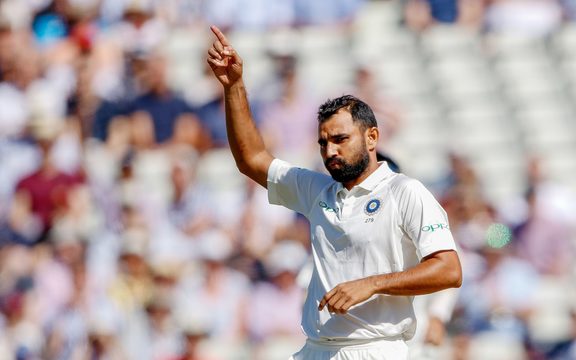 Both players sustained injuries during the tour of Australia and missed the home series against England earlier this year.

All-rounder Hanuma Vihari is also back from injury to join the Virat Kohli-led squad, who will play New Zealand in the final of the inaugural WTC at Southampton from 18-22 June.

India will take on Joe Root's England in a five-test series beginning at Nottingham on 4 August.

Rahul has had surgery for appendicitis, while Saha tested positive for Covid-19 earlier this week.

The Panthers remain unbeaten at the top of the NRL table after an emphatic 48-0 win over the Sharks in Penrith. 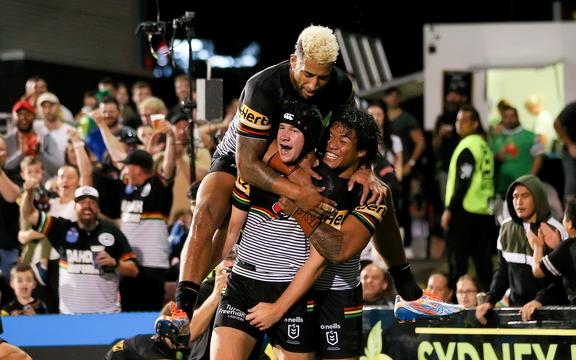 The homeside scored eight converted tries and lead 24-0 at half time.

With superstar half Nathan Cleary in complete control and Charlie Staines crossing for a hat-trick, the Panthers had too much class for a Sharks side which committed 11 errors.

The Panthers are now 9-0 - the best start for an NRL club since Melbourne in 2012 - but coach Ivan Cleary wasn't getting carried away with their latest achievement.

"It's round nine, a long way to go," Cleary said

"I've said this before, no one remembers the first half of a year and we've still got Origin to get through and all that.

The Sharks led by seven after the first quarter, but the homeside adapted their game plan and through forwards Taane Samuel and Tohi Smith-Milner then took control of the game and they went on to win 105-73.

Saints are top of the table with three wins, while Southland have two wins and a loss.

Petition to call of Olympics grows

More than 230,000 people have signed a Japanese petition calling for the Tokyo Olympics to be cancelled in the two days since it was launched online, as public concerns mount over holding the showpiece event during a pandemic. 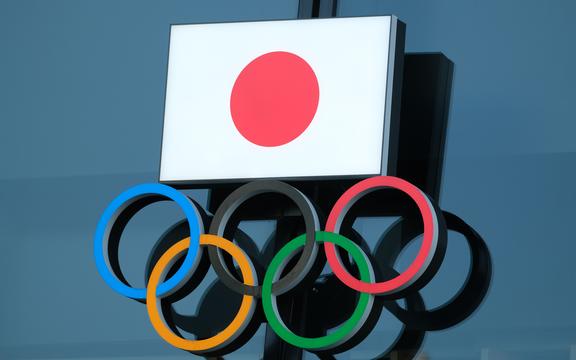 With 11 weeks to go before the start of the Games, already postponed from 2020 due to the coronavirus, questions remain over how Tokyo can host the global gathering while keeping volunteers, athletes, officials and the Japanese public safe from Covid-19.

Organised by Kenji Utsunomiya, a lawyer who has run several times for Tokyo governor, the "Stop Tokyo Olympics" petition has gathered more than 230,000 signatures.

"Japanese people tend to not voice our opinions but there are many people now speaking up. Together with voices from overseas, I hope the Olympics will be cancelled for now," he told Reuters.

Games organisers and the Japanese government have repeatedly said the event needs to go ahead, in part as a symbol of the world's triumph over the pandemic, and detailed Covid-19 protocols have been unveiled for participants.

Manchester City and Chelsea fans hoping to travel to Istanbul to see their teams in the Champions League final on 29 May were dealt a blow when the UK government placed Turkey on their travel 'red list'. 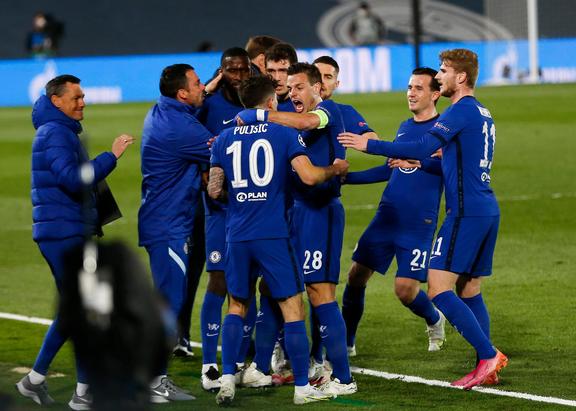 British Transport Minister Grant Shapps said that travel to red list countries was not allowed except for in "the most extreme circumstances" and anyone returning from a red list country has to enter and pay for compulsory hotel quarantine.

Turkey has in recent weeks ranked fourth globally in terms of daily Covid-19 cases, prompting a nationwide lockdown this month until 17 May.

Media reports have said that Turkish football authorities had been hoping to allow 4000 fans of each team as part of a 25,000 capacity crowd at the Ataturk Olympic Stadium.

Some media commentators in England have called for the all-English final to be moved to the UK.

Seven times world champion Lewis Hamilton was fastest in Spanish Grand Prix practice as the Mercedes driver prepared for a weekend that could bring him a record-stretching 100th Formula One pole position and boost his overall lead. 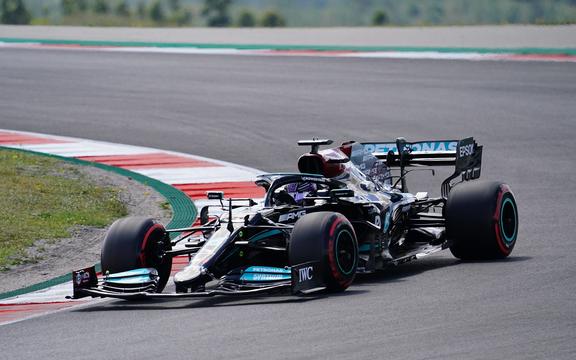 The Briton, who is eight points clear of Red Bull's Max Verstappen and has won the last four races at the Circuit de Catalunya, led a team one-two with Valtteri Bottas in the afternoon.

Verstappen had been second fastest in the morning but dropped to ninth, 0.615 off the pace, in the second hour-long session.

This weekend will be double world champion Alonso's first race at home in Spain since 2018, when he drove for McLaren.

Meanwhile, Mercedes will not be replacing Valtteri Bottas this season unless he is unable to race, team boss Toto Wolff said.

Bottas, who is fourth in the drivers championship, dismissed media speculation about his future yesterday and Wolff expressed his support after the Finn put in a strong performance in Friday practice.