Latest - Tennis players Rafael Nadal and Naomi Osaka have been named the top athletes of the last year. 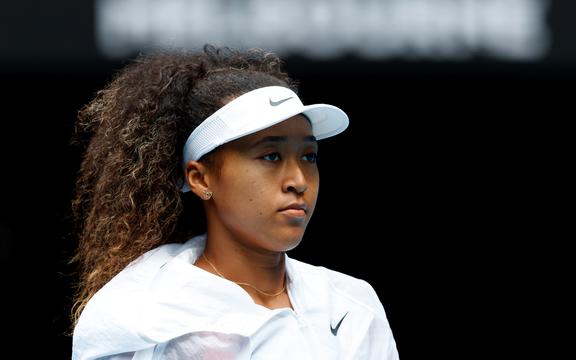 Spain's Nadal was named the 2021 Laureus Sportsman of the year, while Osaka won the top women's honour.

Britain's Formula One world champion Lewis Hamilton claimed the inaugural Athlete Advocate of the Year Award for his involvement in the fight against racism.

Quaterback Patrick Mahomes won the Breakthrough of the Year Award after helping Kansas City Chiefs in 2020 to their first Super Bowl appearance and win in 50 years, at the age of 24.

An online petition calling for the Tokyo Olympics to be cancelled has garnered almost 200,000 signatures in the past few days, as public concerns mount over holding the Games in a pandemic.

With less than three months to go before the start of the Olympics questions still remain over how Tokyo can hold the global event and keep athletes, officials and the Japanese public safe from COVID-19.

In two days since its launch, an online campaign called "Stop Tokyo Olympics" has gathered more than 187,000 signatures, nearing its 200,000 goal and underscoring public concerns over holding the event in Japan's capital.

Battling a fourth wave of COVID-19 the Japanese government is looking to extend states of emergency in Tokyo until the end of the month, however, organizers have repeatedly said the Games will go ahead.

The former Counties Manukau and Chiefs centre Bundee Aki has been named in the British and Irish Lions squad for the tour of South Africa in July. 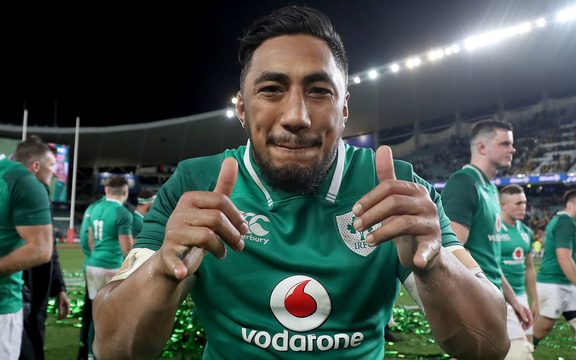 Exeter's Sam Simmonds, overlooked by England for three years, was the most eye-catching selection in the squad as Warren Gatland chose the try-scoring Number Eight ahead of Billy Vunipola.

Following a final, four-hour selection meeting yesterday, Gatland extended his squad by one to 37, but there was still no room for Ireland's injury-hit Johnny Sexton as Owen Farrell, Dan Biggar and Finn Russell will battle for the first five shirt.

Other notable absentees were England's Manu Tuilagi and Kyle Sinckler as well as Billy Vunipola plus Wales's 2017 man of the series in New Zealand Jonathan Davies.

Flanker/lock Courtney Lawes, who has not played since February due to a pectoral injury, earned a spot as one of 11 Englishmen in the group.

Among the other relatively surprise selections were Ireland duo Aki and Andrew Porter plus centre Chris Harris of Scotland, who were rewarded for their best Six Nations display for years by the inclusion of eight players. The Scots have not had a starting Test Lion since prop Tom Smith in 2001.

Alun Wyn Jones, fresh from leading Wales to the Six Nations title, was named captain as he bids to add to his nine Lions Test caps. He is one of 10 Welshmen in the squad.

Ko up with the leaders

New Zealand golfer Lydia Ko is just two shots off the lead heading into the second round of the latest LPGA Tour event in Thailand. 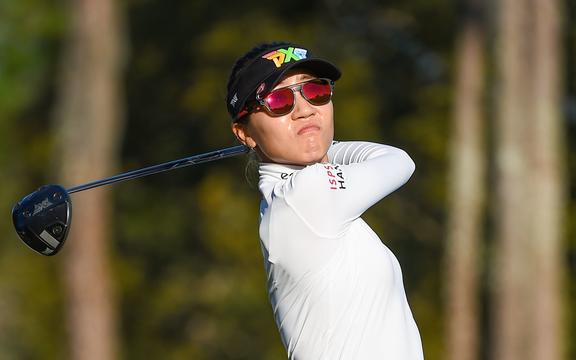 Ko fired a bogey-free opening round six under par 66 at the Honda Thailand just south of Bangkok.

She is tied for fifth.

The LPGA tour is on a 2 week swing in Asia before heading back to the US.

Addo-Carr became the first player in 71 years to score six tries in a Premiership match and the first Storm player to score five or more in a match.

The Storm are up to second on the tab;le, while the Bunnies drop to fourth.

Australian rugby league international Jarryd Hayne has been sentenced to five years and nine months in jail after being found guilty of sexually assaulting a woman at her home in New South Wales in 2018. 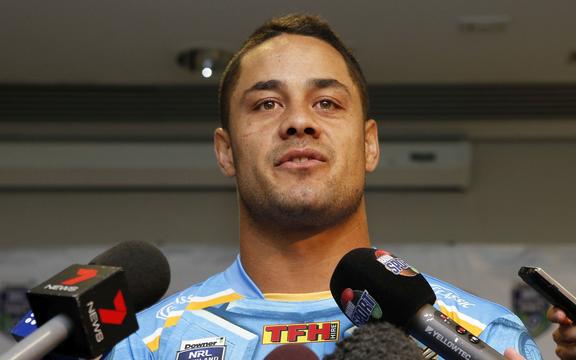 A jury in March found Hayne guilty of two counts of sexual intercourse without consent after his first trial in Newcastle ended in a hung jury in December.

Newcastle District Court Judge Helen Syme said Hayne was fully aware the victim was not consenting and went ahead anyway.

Hayne, 33, had faced a maximum possible sentence of 14 years in jail.

The incident happened on the night of the 2018 NRL Grand Final, when Hayne was in Newcastle for a friend's stag party.

The Sydney-born fullback scored 11 tries in 11 appearances for the Kangaroos and was named in the NRL's team-of-the-decade for 2010-19.

He also had a brief career in American football, winning a contract with NFL side San Francisco 49ers in 2015, before quitting the game the following year to play rugby sevens for Fiji in a failed bid to earn selection for the Rio Olympics.

The Franklin Bulls have beaten the Taranaki Mountainairs 101-85 in their National Basketball League game in New Plymouth.

Before the game there was a moment's silence in memory of local legend 'Coach' Steve McKean, who lost a short battle to cancer earlier this week.

Franklin are fourth on the table with a 2 and 1 record, while Taranaki have lost all 3 games.

NZOC committed to the Olympics

The New Zealand Olympic Committee is fully committed to the Tokyo Games this year, with planning progressing for what will be a "vastly different" Olympics due to the Covid-19 pandemic. 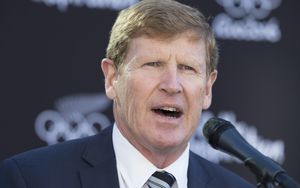 More than 200 athletes are expected to represent New Zealand at the July 23-Aug. 8 Games, and former rower Stanley said it was the duty of his "athlete-led" organisation to help them achieve their dreams.

"Planning... is progressing well with organisers and the Japanese authorities committed to hosting a different but still safe and successful Games.

"We have a high level of confidence in the work of Japanese authorities supported by the World Health Organisation to plan for and put in place protective measures. Most importantly, our athletes have trained thousands of hours for this."

New Zealand last month began administering vaccinations to athletes ahead of their departure.

"In addition to measures put in place by Tokyo 2020, the NZOC will have its own health protocols to prioritise and protect the New Zealand team environment," Stanley said.

"It's fantastic we're underway with vaccination for the team and are most grateful to the New Zealand Government for their support with this, managed isolation and quarantine, and general security and health advice and monitoring."

Red Bull have hired another group of engine experts from Formula One rivals Mercedes as they prepare to build their own power unit after Honda's departure at the end of the season. 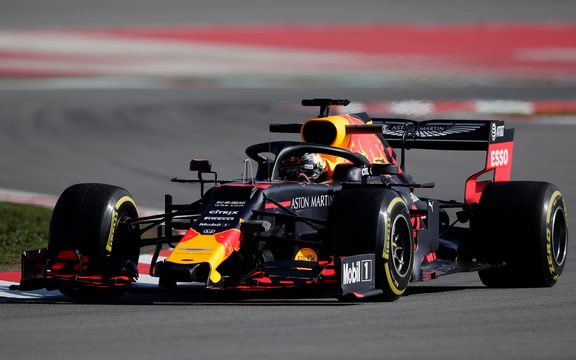 Today they announced five further appointments to key roles, all from Mercedes. No starting dates were given and all are likely to have a long period of 'gardening leave' before joining.

The next race is in Spain this weekend.

English football club Ipswich Town may have fallen on hard times but they are hoping a new shirt sponsorship deal with singer Ed Sheeran will make them the "A Team" with the ginger-haired crooner's fans. 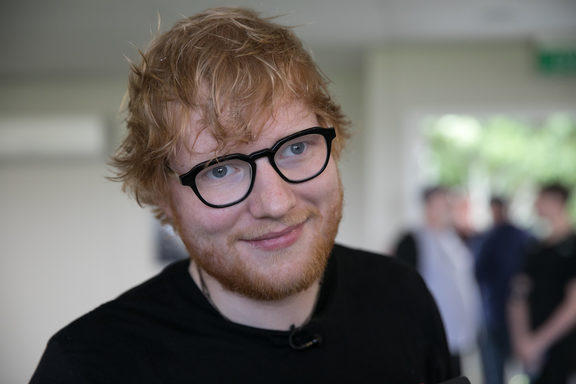 Ipswich, nicknamed 'The Tractor Boys', were FA Cup winners in 1978 and won the UEFA Cup, forerunner of the Europa League, in 1981 but now find themselves in the third-tier League One.

The one season deal with singer/songwriter Sheeran, who lives near Ipswich and is a fan of the team, will see a logo featuring mathematical symbols (plus, minus, equals, divide, multiply) and the word TOUR, on the club's blue shirts.

The symbols refer to Sheeran album titles and while the singer has not explained the logo, it may be part of a promotion for an upcoming tour.