Novak Djokovic hopes it will not become mandatory for players to get vaccinated against Covid-19 to compete on the ATP circuit and that their freedom of choice should be supported. 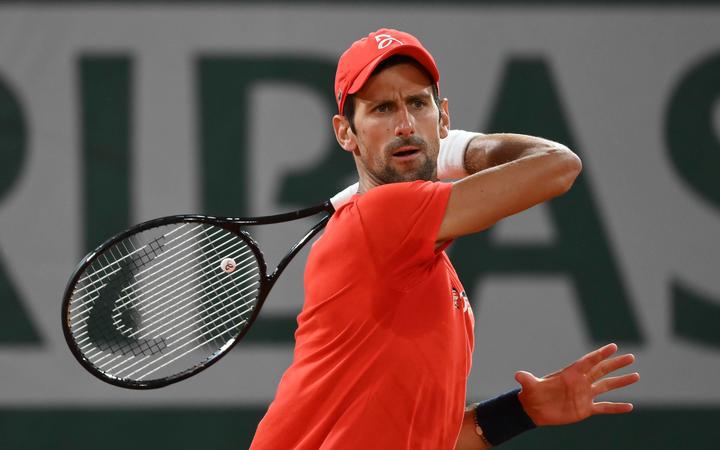 The ATP earlier this month issued new guidelines saying players who have been vaccinated would not be considered a close contact of anybody testing positive.

The governing body of men's tennis also drew up an exemption list for players who have been vaccinated.

Both the ATP and the women's WTA recommended players accept vaccine shots when available.

Djokovic felt there were "a lot of options in terms of vaccines" but still a lack of clarity on whether they would be compulsory.

"I don't think it'll come to that. I hope not, because I've always believed in freedom of choice," he said when asked at the Serbia Open if he had been vaccinated.

"And I will keep the decision as to whether I'm going to get vaccinated or not to myself, it's an intimate decision and I don't want to go into this game of pro and against vaccines, which the media is unfortunately creating these days.

"I don't want to be labelled as someone who is against or who is for vaccines. I'm not going to answer the question... and hope that everyone will respect that."

Djokovic, who tested positive for Covid-19 last year, had previously said he was personally opposed to vaccination and would not want to be forced by someone to take a vaccine in order to be able to travel.

Meanwhile the world No 1 was also in the spotlight for his on-court efforts, after crashing out of his own tournament.

Djokovic suffered his second successive shock exit on red clay in quick succession after he was beaten by Briton Dan Evans in the third round of the Monte Carlo Masters last week, having failed to convert a barrage of break points against Karatsev.

Djokovic praised Karatsev after what he said was a forgettable evening.

"Hats off to Karatsev, he was bold and deserved to win," Djokovic told an online news conference.

"I will probably not be able to recollect all the memorable rallies in this match because I lost. I am not happy with my performance, I put up a fight but he delivered great shots every time he needed to.

"I was unlucky at times, it all came down to one or two shots but I had too many ups and downs throughout the match."

Karatsev said: "This is definitely the most important victory of my career. At the Australian Open in Melbourne I felt like I was playing against a wall but this is a different surface and I was focused."