The Silver Ferns captain Ameliaranne Ekenasio has returned to training with the Pulse. 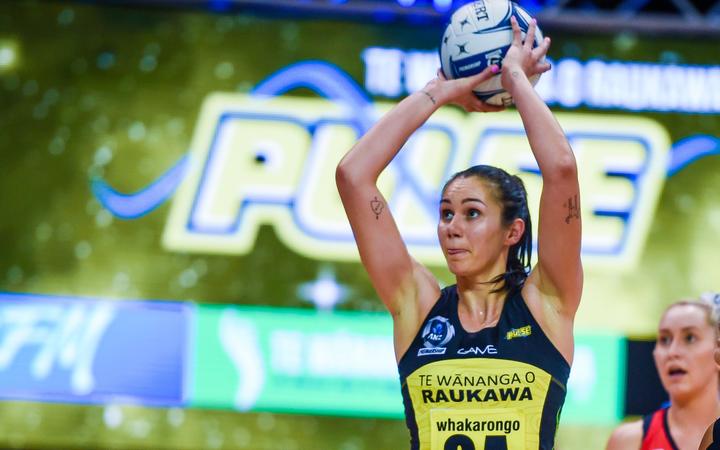 Last week Ekenasio announced that she was to miss the start of the ANZ Premiership season because of fatigue.

However Ekenasio was at Pulse training in Wellington this morning, but no date has been given to her return to competition.

"Ameliaranne has come back into the fold but we're just taking it day by day so we'll see how she goes, " said Pulse coach Gail Parata.

"She's working really closely with our physio and our trainer as well as Silver Ferns management."

Parata said Ekenasio was keen to get involved with the team again.

"She's really excited and we're really excited to have her back and being around the team again is awesome, but her involvement with the side will be managed."

Parata says there is no time frame yet for her to return to play.

"She has an aura about her when she comes to training and so she is pleased to be around the team again."

The Pulse missed their captain and goal attack in their opening Premiership game, losing 57-53 to the Northern Stars.

Last week Scholey said it was too early to say when Ekenasio may return to the court.

"With any athlete obviously we're mindful of looking after their health and well-being so we need to make sure when she returns she's in a return to play programme."

"Our key thing around our kaupapa (policy) is that we ensure our athletes are mentally well in terms of their home life first and foremost so that when they're able to perform at work they're at the best of their abilities. So until we get any indication that that is all okay then she won't be returning to the environment."

The Pulse travel to Hamilton this weekend to play the Magic.