New Zealand's premier women's cup football competition is back for the first time since 2019 with more teams vying to take the Kate Sheppard Cup home than ever before. 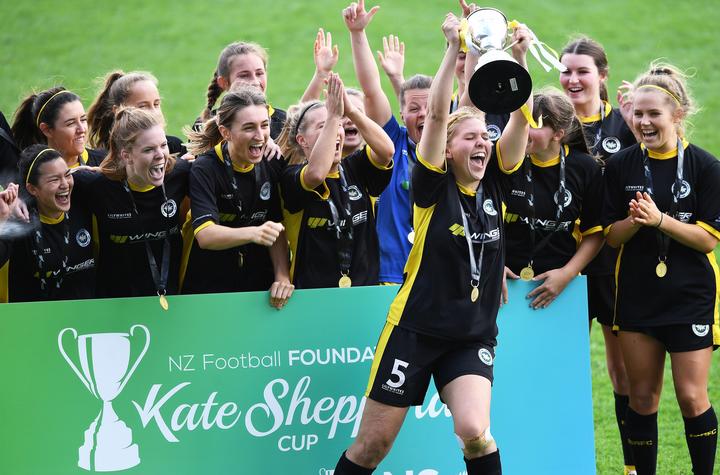 This year, the competition has received a record number of entries with 57 teams in the cup draw - a 40% increase on the number of entrants in 2019.

New Plymouth Rangers AFC are one of many grassroots clubs who have entered a team into the Kate Sheppard Cup for the very first time this year.

Club captain John Sigurdsson says it is an important step towards developing women's football in their region.

"We just wanted to offer that pathway in Taranaki for young girls and women to play at the highest level and the Kate Sheppard Cup is just that," he said.

"We're really stoked and excited about the possibilities, we have a very young team who are finding their feet at the federation league level so we don't really know what to expect but just being in there is exciting."

There has been steady progress in women's participation at the club over the years and their number of senior women's players has doubled over the past 12 months alone.

They won their first Kate Sheppard Cup in 2019 and last year's tournament wasn't able to go ahead because of Covid-19.

As well as attempting to retain the silverware Suburbs are also looking to the future with the aim of getting more girls playing football at a grassroots level.

Their director of women's football, Stephen Hoyle, says having female role models at the club is hugely important.

"Some of our first-team players are now becoming really good coaches and working in our academy and youth so it's good to see talented female players coaching our kids at the club and I hope that I see these girls who are 8 or 9 years-old now making our woman's first team in the not so distant future." 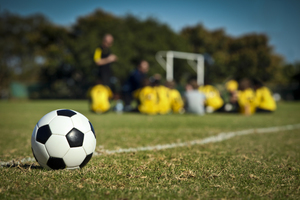 In another promising step for women's football, the Wellington Phoenix recently established their first-ever young women's academy with a dedicated under-15 team.

Katie Barrott, a former footballer and one of the coaching staff at the academy, says it represents a move in the right direction for the Phoenix who are likely to enter a team in Australia's W-League competition as soon as next year.

"I think it's massive for the Kiwi female players, at the moment with the dream of being a professional football player the only chance is to go abroad," she said, "To be able to have a team in your backyard it's pretty special and can only get more females into the game and also keep more talented females playing here domestically."

Barrott joined the National Women's League as a player at the age of just 13 years-old but looking back she recognises that although her pathway provided a challenge, it failed to sufficiently nurture her as a young player.

Being a part of the new academy she hopes to provide the Phoenix's gifted footballers with not just opportunites but also plenty of support for their development.

With the 2023 Women's World Cup on the horizon, Barrott says there's no doubt it's a great time for women to get involved in community football.

"For any female coming into the game there's a bundle of opportunities whether that's as an academy player or as a social mum wanting to get involved with football, what you are seeing is club investing in female players," he said.

She says the record number of entries in this year's Kate Sheppard Cup shows that clubs are starting to care more about women's football.

"The number of entries isn't necessarily an increase in participation, I think it might be an increase in clubs caring to enter their team," she said, "But it means people being able to see that clubs care about female players and I think with the World Cup in our backyard it's a great time to be a female in sport and a female in football."

The last Women's World Cup, held in France, was viewed by over a billion people and Sports Minister Grant Robertson has said it could be the biggest sporting tournament New Zealand will ever hold.

Coach of the New Zealand Under-20s women's team, Gemma Lewis, says with the World Cup fast-approaching it's no surprise clubs have been taking a more proactive approach to womens' competitions like the Kate Sheppard Cup.

"It shows the growth of the game, I think that competition is building and it shows that clubs are seeing the women's game as a viable opportunity, it also gives women from all over New Zealand the opportunity to come to those games and show what they're about competing at that level." 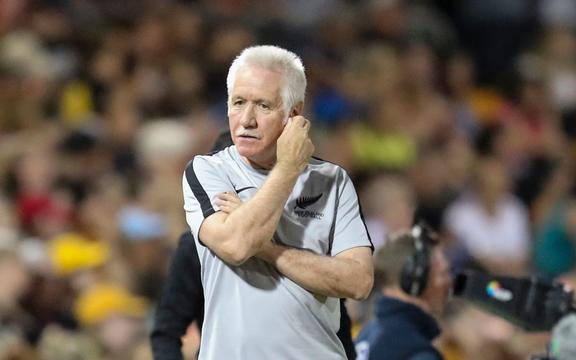 For Football Ferns head coach Tom Sermanni the popularity of the Kate Sheppard Cup is another sign that grassroots football is stronger than ever in New Zealand.

However, he believes if the Football Ferns are to become competitive at an international level New Zealand needs to bridge the gap between club football and the elite level of the sport.

"The challenge is when you start to look at the elite level, the reality is that it takes resources and programmes to be put in place. So, you've kind of got two games with one at that participation level where it's going 'gang busters' and then at the elite level where there probably needs to be more investment," he said.

The preliminary round of the Kate Sheppard Cup kicks off this weekend with seven games taking place across the country.