FIFA president Gianni Infantino says breakaway Super League clubs cannot be "half in, half out" of the established football system as the first legal shots were fired in a battle for control of the European game. 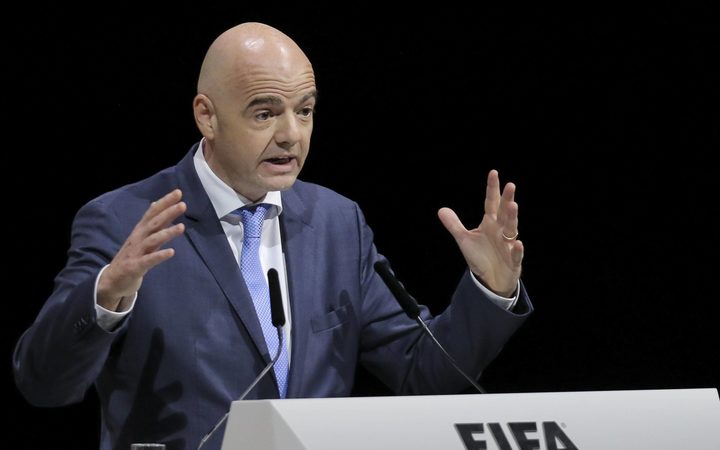 European football's governing body UEFA has threatened to ban the 12 clubs, who include Manchester United and Real Madrid, from domestic and international competition, with Infantino adding his voice to the backlash.

"We strongly disapprove ... if some go their own way then they must live with the consequences of their choice, either you are in, or you are out. You cannot be half in and half out," Infantino told UEFA's congress in Montreux, Switzerland.

The BBC is reporting that Chelsea is preparing to withdraw from the Super League.

Amid continued condemnation and threats, UEFA president Aleksander Ceferin offered an olive branch to the breakaway dozen. Yet the prospect of compromise looked slim as the company set up to run the Super League applied to a Madrid court for an injunction to stop regulators punishing clubs and players.

The court said in a ruling seen by Reuters that FIFA, UEFA and all its associated federations must not adopt " any measure that prohibits, restricts, limits or conditions in any way" the Super League's creation.

It was not immediately clear what authority the Madrid court, which adjudicates corporate disputes, had over the Swiss-based soccer bodies and a source close to UEFA said the organisation was "relaxed" about the ruling.

The Super League argues it would increase revenues to the top clubs and allow them to distribute more money to the rest of the game.

However, the sport's governing bodies, other teams and fan organisations say it will increase the power and wealth of the elite clubs and the closed structure of the league goes against European football's long-standing model.

Unlike Europe's current elite Champions League competition, where teams have to qualify through their domestic league, the founding Super League teams would guarantee themselves a place in the new competition every year.

England's 'big six' -- Manchester United, Manchester City, Liverpool, Chelsea, Tottenham Hotspur and Arsenal -- came under fire from their domestic rivals for their involvement, with Everton accusing them of preposterous arrogance. 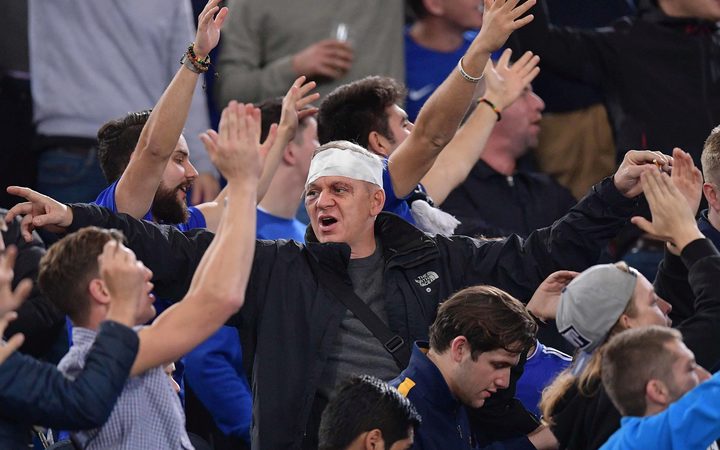 The English Premier League said it "unanimously and vigorously" rejected the plans.

After a meeting with the 14 clubs not involved, it said it was considering "all actions available" to stop the new competition.

The German Football Association (DFB) went even further, demanding the suspension of the 12 founding clubs until they reconsider.

"The clubs and their youth teams should be banned from all competitions until they think of their many supporters who have made them into top clubs in the world in the first place, and not only of their purses," DFB President Fritz Keller said on the official DFB Twitter account.

UEFA chief Ceferin accused the breakaway dozen of contempt for smaller clubs, but the Slovenian insisted there was still time for reconciliation.

"I would like to address the owners of some English clubs. Gentlemen, you made a huge mistake," he said. "Some will say it is greed others disdain, arrogance or complete ignorance of England's football culture but actually it doesn't matter.

"What matters is that there is still time to change your mind, everyone makes mistakes, English fans deserve to have you correct your mistake, they deserve respect."

Addressing UEFA's congress Ceferin made a point of thanking Paris St Germain president Nasser Al-Khelaifi whose club is not one of those involved in the breakaway.

"You are a real leader, a great man who respects football and its values," Ceferin said.

A statement issued by the Qatari Al-Khelaifi said any proposal without the support of UEFA would not resolve the issues currently facing the football community.

Portuguese giants Benfica also issued a statement denying they were in discussions to join.

Manchester City manager Pep Guardiola, whose pre-match news conference was devoted to the seismic events partly initiated by his club, was candid in his opinion of the proposed league.

"It is not a sport where the relation between effort and success does not exist," he said, while saying those behind it had an obligation to give more information.

"It is not a sport where success is already guaranteed or it doesn't matter where you lose."

Despite the universal wave of criticism, the instigators continued to argue that the breakaway was good for football.

In a letter to the club's commercial partners AC Milan chief executive Ivan Gazidis said: "We're confident that this new competition will capture the imagination of billions of soccer fans all over the world and will be a new, exciting chapter for the game."

Milan are one of three Italian clubs involved, the others being Inter Milan and Juventus.

The owners of the 12 teams have kept a low profile since Sunday's bombshell, with the first senior figure of any club involved to comment being Real Madrid supremo Florentino Perez who earlier said "young people were no longer interested in football."

The International Olympic Committee added its voice to the throng, warning that the existing structure of European sports is under threat by self-interest and pure commercialism.

"It is challenged by a purely profit-driven approach that ignores the... social values of sports and real needs in the post-coronavirus world," IOC President Thomas Bach said.

The magnitude of the upheaval has also prompted world leaders to threaten intervention.

Johnson held a meeting with representatives from the English Football Association, the English Premier League and fan groups where he confirmed the government would not stand by to allow the creation of a closed shop.

"If necessary, in order to protect that principle of competition we will seek, as I said, to the bodies earlier on, we will seek the legislative solution."