Yet more injuries have forced Warriors head coach Nathan Brown to get creative with his team for the return of the club's traditional Anzac Day NRL encounter with the Melbourne Storm. 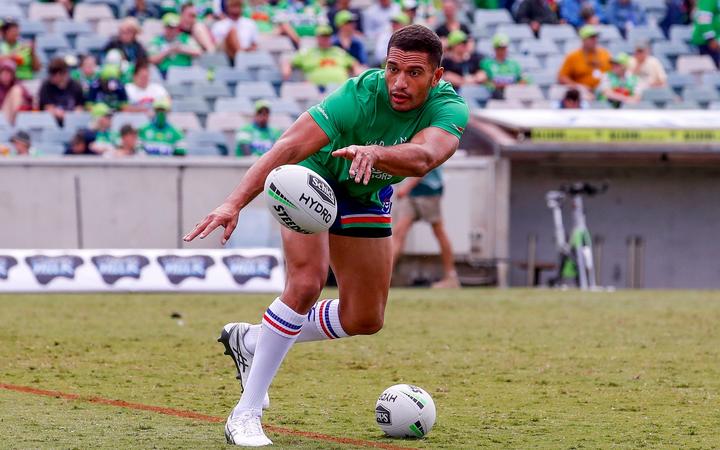 Last weekend's win over St George Illawarra came at cost, with Peta Hiku (shoulder) and Adam Pompey (ankle) both sidelined and Paul Turner, who came off the interchange to replace Hiku early in the contest, also ruled out with a shoulder injury.

With the experienced Euan Aitken still recovering from ankle surgery, Brown had turned to Marcelo Montoya again for Sunday's match in Melbourne.

Montoya was shifted to the wing to replace David Fusitu'a against the Dragons after being used at centre against both the Sydney Roosters and Manly.

Named as the other centre was second rower Jack Murchie, who featured in the role for the last 30 minutes of the Warriors dramatic third-round victory against Canberra after Hiku left the field with a knee injury.

Murchie returned to the side after missing the match against the Dragons.

Right winger Fusitu'a (hamstring) would also be back from a one-game absence, while second rower Bayley Sironen returned after being out with a shoulder complaint the last two rounds.

Another significant selection saw 18-year-old rookie Reece Walsh listed on an extended bench, which included two other teenagers in outside back Rocco Berry (19) and hooker Taniela Otukolo (18).

Walsh, who joined the club in Terrigal a week ago, scored a try in his first outing for the club's feeder club Redcliffe in the Intrust Super Cup on Sunday.

The Warriors headed into the match sitting eighth on the ladder with a three win-three loss record, while the Storm were fourth on eight points.

Along with being the better-placed team on the table, Melbourne had also won their last nine matches against the Warriors, dating back to 2015.