The Highlanders held on for a 35-29 win over the Blues in Dunedin on Friday to keep alive their Super Rugby Aotearoa title hopes after the visitors finished with 14 men because of a late red card. 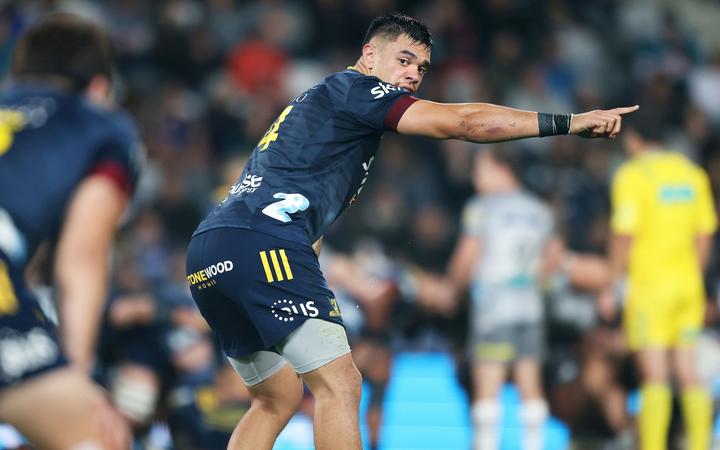 The Blues trailed 30-24 when replacement prop Alex Hodgman was sent off in the 73rd minute for driving his shoulder into the chin of Highlanders loose forward James Lentjes at Forsyth Barr Stadium.

The Highlanders wasted no time capitalising on their man advantage, with Michael Collins cantering over with six minutes left after latching on to a bullet-like pass from Mitch Hunt.

Hoskins Sotutu barged over for the Blues a minute before the siren but the Highlanders won back the ball after the restart to clinch their first win at home for the season.

"We've been struggling a bit at home which is a bit disappointing but hell of an effort by the boys," said Highlanders skipper Aaron Smith, who was at his damaging best around the rucks.

"I just feel real proud of our effort tonight."

The Highlanders leapfrogged the Chiefs into third on the table with 14 points, behind the leading Crusaders (22) and the Blues (15) with two rounds remaining before the final.

The Chiefs host the Crusaders on Saturday.