After a year of uncertainty there's still some hurdles for athletes hoping to go to the Tokyo Olympics as the 100 day countdown to the start of the Games begins. 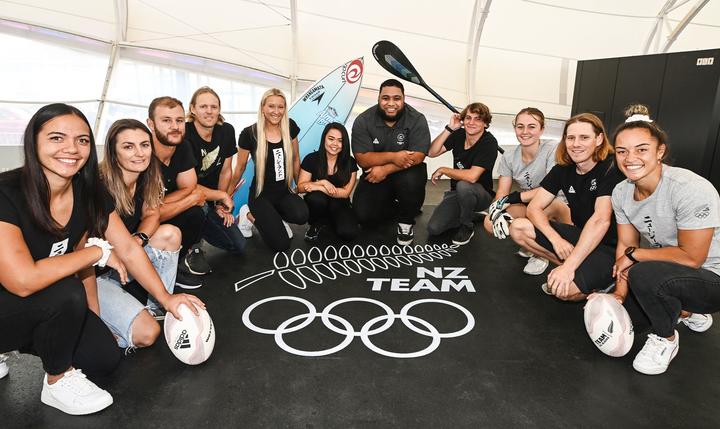 First is whether they've made the cut.

New Zealand Olympic Committee ceo Kereyn Smith said not all potential Olympians had been able to get to their required qualification events but she hoped that they would.

She admitted it was "still problematic in some areas" but as the world started to open up to New Zealanders Smith was sure that the current list of 187 qualified athletes will move closer to the 200 athlete mark.

Then, there was getting the Covid-19 vaccine.

Athletes can jump the queue under the government's national significance category and Smith said the NZOC had a priority list - which did not include coaches or support staff.

"The athletes are absolutely getting preference, so in my knowledge I don't think we've got to support staff or people outside the athlete population at this moment unless they're going with them to these immediate events but we certainly have to prioritise the athletes in terms of the order of the distribution of the vaccine," Smith said. 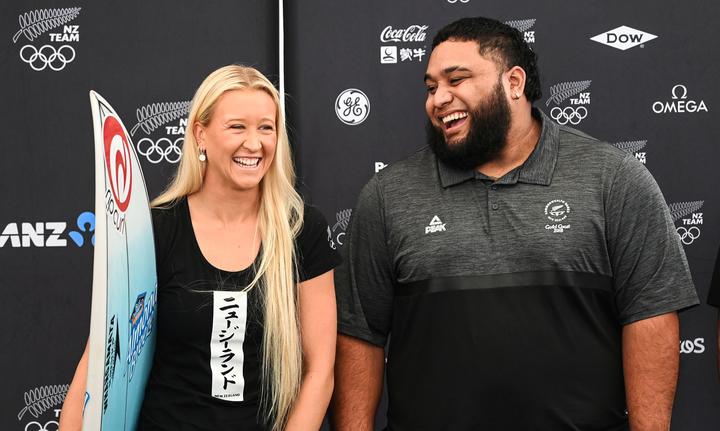 Weightlifter David Liti still faced some uncertainty ahead of the Games.

He qualified before the Games were postponed but faced a "refresher" to book a spot in the over 109kg event.

Covid-19 prevented the Commonwealth Games gold medallist traveling to the new qualification events, which started in November so he has now got his fingers crossed his first round qualification will be enough.

"I have high hopes that this 100 days will be enough days to get me a spot," Liti said.

"Things will change, always, you never know what it's going to be it might be good it might be bad but I'm really having high hopes for this Olympics and I have faith that I'll be there."

Liti has not been vaccinated yet and does not have a timeframe of when that will happen.

He would take the jab given the chance, but would still travel to the Games if he has not had it before he leaves in late July.

"I believe that the vaccine will either do me good or will do me bad, you never know. You get the flu shot and you get sick from the flu shot so they only way to find out if it works is to take it."

Another first time Olympian, surfer Ella Williams, had not committed to taking the Covid-19 vaccine.

"I'm definitely doing my research into it, I haven't made a decision yet but I definitely really thinking about it," Williams said.

The 26-year-old from Whangamata admitted to some trepidation about heading to Tokyo during a pandemic.

Especially after she's spent the last year catching waves around New Zealand in some of her favourite spots.

"I think it's only normal for me to be nervous and I think everyone would feel that for sure. It's the first time that I would have traveled after the lockdown so it's definitely a little bit nerve-racking."

Friends and family can not go to Tokyo to support the athletes and for Williams that means a long list of people are missing out on watching surfing's debut at the Games live.

"It's unfortunate, I had my whole family, I had my brother, my brother's partner, my partner, my Mum, my Dad, I did have a couple of people coming, even some local people from Whangamata that just wanted to come and support me because it is one of those once in a lifetime things." 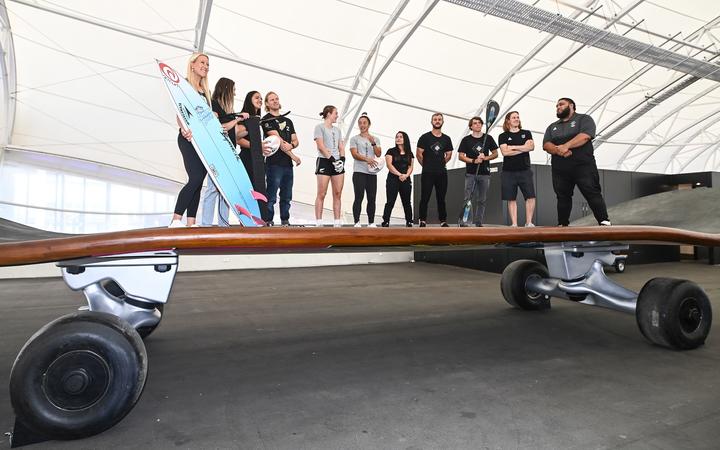 The giant skateboard that will tour New Zealand. Photo: PHOTOSPORT

Without fans in the stands the NZOC has come up with alternatives to keep athletes feeling close to loved ones and fans back in New Zealand engaged in the competition.