The granting of two conditional licences for Moana Pasifika and Fiji Drua isn't a guarantee the two sides will be competing in Super Rugby next year.

Robinson says while they are on "the frontier" of an exciting competition there's still a lot of work to be done.

"It's my job to just sprinkle a dose of reality and still say we have a bit of work to do, we are finalising business plans so are conditional on that and with our friends at Rugby Australia we have ongoing dialogue there."

Rugby Australia said it was "encouraged" by the NZR announcement.

"We look forward to continuing our engagement with NZR on this process as we plan towards 2022," RA Chief Executive Andy Marinos said in a separate statement. 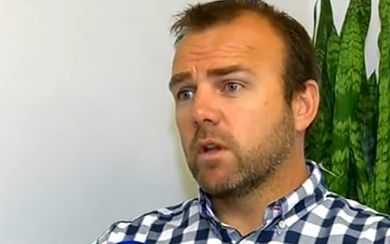 "Once further conditions around the licences have been met, we look forward to formalising the composition of the teams in what will hopefully prove a new dawn for rugby in the region."

While things like competiion, governance and team strenghts are still to be finalised, it appears the financial models of the two new teams is the main concern.

Robinson said they're confidence that Moana Pasifika and the Fijian Drua will be able to meet the conditions of the licence, which includes final sign off on a sustainable business plan by 30 June.

"In the next two months we will be working with Rugby Australia and the two Pasifika teams to formalise their place in the new competition."

Confirmation of the two licences comes five months after NZR confirmed that Moana Pasifika and Fijian Drua were its preferred partners to explore the entry of Pasifika-linked teams in future professional competitions.

Fijian Drua, launched in 2017, compete in the lower tier Australian National Rugby Championship and won the title in 2018.

An invitational Moana Pasifika squad were beaten 28-21 by the Maori All Blacks in a one-off match last year.

Fijian Drua are expected to be based in Fiji but Moana Pasifika, which would be comprised of players from Tonga and Samoa, are likely to operate out of New Zealand due to cost concerns.

New Zealand have pushed for Pacific inclusion in a new tournament with Australia's professional teams since the broader Super Rugby competition, which included South African sides and one from Argentina, was abandoned last year due to the COVID-19 pandemic.