The Wellington Phoenix were beaten 3-2 by Melbourne City in their A-League football match last night in Wollongong. 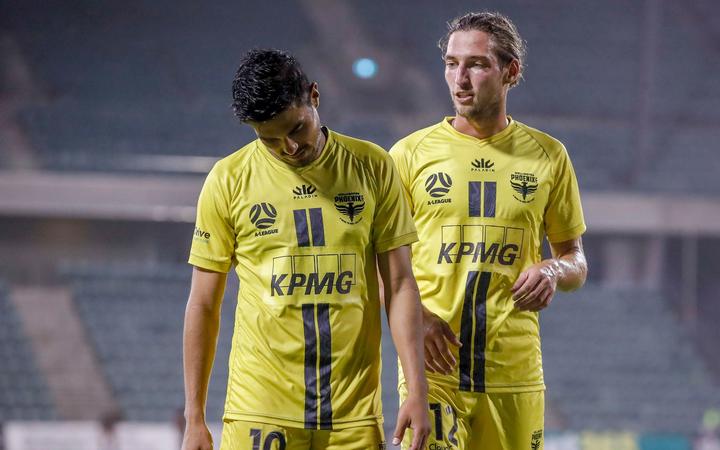 Ulises Davila and Matthew Ridenton of the Phoenix. Photo: PHOTOSPORT

Wellington twice equalised after going 1-0 and 2-0 down to respective goals scored by Curtis Good and Jamie Maclaren in the first half.

Tomer Hemed levelled it up at 1-1 in between the two City strikes and Ulises Dávila did the same in the second 45, before Tilio emerged off the bench on 80 minutes to put his head on the decisive goal three minutes later.

The Phoenix coach Ufuk Talay said it's tough to play well but walk away with nothing.

"I'm sure if you were a neutral it would've been a great game but we were on the wrong side of it again," Phoenix coach Ufuk Talay said.

City climb to second in the standings behind Central Coast.

The Phoenix are 10th.

Wellington were unfortunate not to receive any reward for effort on the night against City.

Ufuk Talay's Phoenix fought valiantly throughout the entertaining contest, with Oliver Sail and defender Tim Payne pulling off a string of saves and blocks in and around the box to keep City from scoring freely in Wollongong.

It's a welcoming result for Patrick Kisnorbo and City, who lost to Western United last time out to give Central Coast Mariners a brief period of respite at the top of the pile.

However victory over Wellington moves City to within two points of the league-leaders, with a game in hand.

The Phoenix next play Western United in Wollongong on Sunday.