Latest - The Breakers have fallen to their 12th defeat from 17 games in the NBL, despite a monster performance from American centre Colton Iverson. 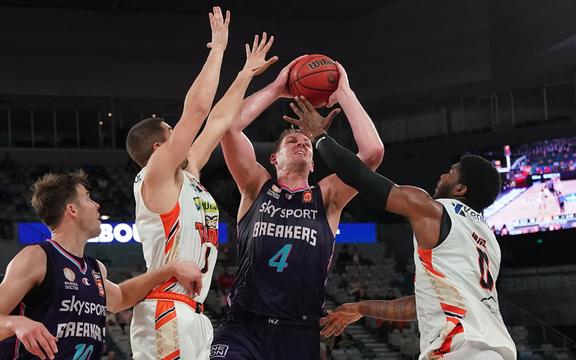 Iverson scored a game-high 26 points and pulled down a staggering 22 rebounds, but the Breakers have been beaten 92-85 by the South East Melbourne Phoenix in Melbourne.

Mitch Creek led the Phoenix with 24 points off the bench, while Cam Gliddon scored 18.

Tai Webster, Finn Delany and Corey Webster all scored double digits for the Breakers, who only got eight points from their bench.

They remain second to last on the NBL ladder, but have games in hand over all the other teams.

American golfer Jordan Spieth has broken his PGA Tour title drought ahead of this week's Masters. 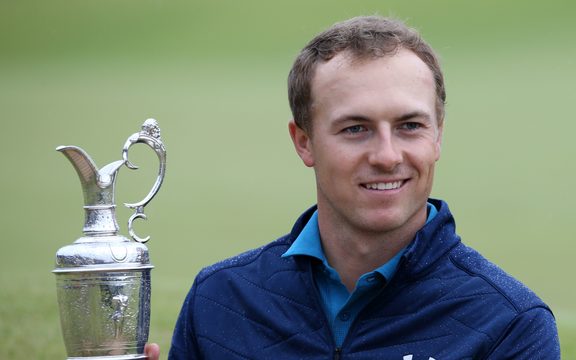 Jordan Spieth with the Claret Jug in 2017. Photo: PHOTOSPORT

It's Spieth's first victory since winning the British Open in 2017.

He's had 83 starts since lifting the Claret Jug.

Jordan Spieth has risen to seventh on the overall PGA Tour standings and will now attempt to win a second green jacket at Augusta.

Manchester United's Mason Greenwood headed an opportunist late winner to secure a 2-1 home win over Brighton & Hove Albion in the Premier League after Marcus Rashford had cancelled out an early Danny Welbeck opener for the visitors. 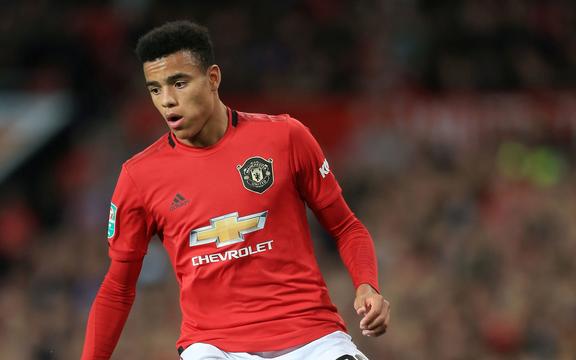 The result left second-placed United on 60 points from 30 games, 14 behind leaders Manchester City who have played a game more and four ahead of third-placed Leicester City.

Tottenham Hotspur earlier missed the chance to move up to provisional fourth place after relegation-threatened Newcastle United held them to a 2-2 draw with a late equaliser from substitute Joe Willock at St James' Park.

The result leaves Spurs in fifth with 49 points, two points behind fourth-placed Chelsea, but West Ham United can go above both of their London rivals into the Champions League spots if they beat Wolverhampton Wanderers away on Monday (Tuesday morning NZT).

Aston Villa have scored three late goals to beat Fulham 3-1 at Villa Park and rise to ninth on the table, two points above Arsenal.

And Southampton fought back from two goals down to beat Burnley 3-2 and increase their comfort above the relegation zone with just their second win in 13 league games.

Southampton move up to 13th on 36 points, ten above 18th-placed Fulham.

Kenya's Ruth Chepngetich smashed the world half marathon record on Sunday, clocking a time of 1 hour, 04 minutes and 02 seconds at the N Kolay Istanbul Half Marathon to shave 29 seconds off the old mark. 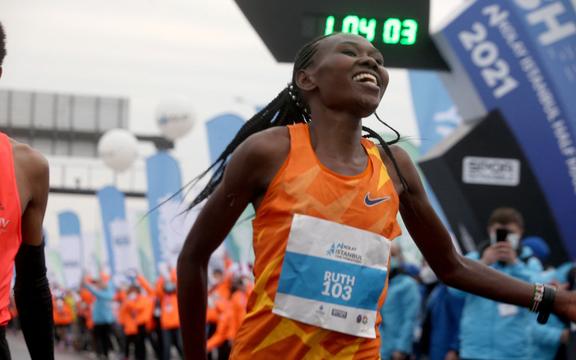 The 26-year-old, a winner in 2017 and 2019, sprinted away from Ethiopia's Yalemzerf Yehualaw across the final stages of the race to win by 38 seconds.

Kenyan Hellen Obiri a two-time world 5,000m champion finished third with a time of 1:04:51 -- the fastest debut half marathon in history -- to mark the first time three women finished inside 65 minutes in one half marathon.

Kandie, who set the world record in Valencia last year, raced into the lead with about 12 minutes remaining and held off the challenge of compatriot Geoffrey Kamworor to claim victory by three seconds, with Roncer Kipkorir taking third place.

Cambridge to the double over Oxford

Cambridge men's and women's crews scored a double win over Oxford in an epic edition of the university boat race, which was held without crowds on the River Great Ouse in the flatlands of the Cambridgeshire Fen. 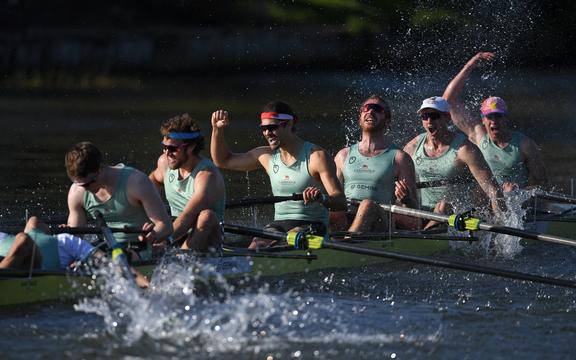 With England in partial lockdown and one of the London bridges on their usual course on the River Thames in danger of collapse, the 2021 race was relocated to a dead straight stretch of the river near Ely.

The only other time it was raced at Ely, where Cambridge do most of their training, was in 1944 during World War Two.

Whereas thousands of spectators would normally flock to pubs and bridges to watch, organisers and authorities made the 166th men's duel and the 75th women's race a closed event.

Both Cambridge crews celebrated their success by throwing their coxes into the river, and underlined their relief at winning by jumping in en masse for a cold water bath.

Opener Fakhar Zaman's scintillating 193 was not enough for Pakistan who lost the second one-day international to South Africa by 17 runs at The Wanderers on as the hosts levelled the three-game series. 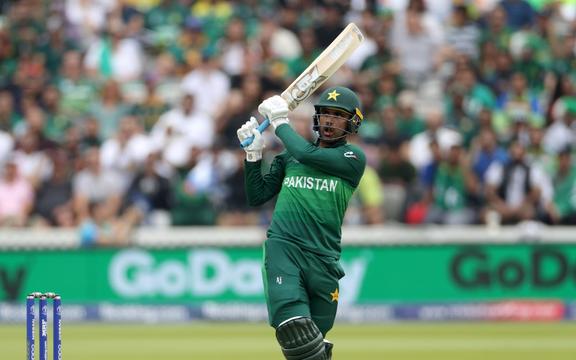 Fakhar was left to do it all on his own as Pakistan reached 324 for nine in reply to South Africa's 341 for six, his power-hitting including 18 fours and 10 sixes for the record score in ODIs in Johannesburg, beating the 175 by Herschelle Gibbs against Australia in 2006.

It was also the best score by a visiting player to South Africa, with the next highest in Pakistan innings being 31 from captain Babar Azam.

Fakhar's magnificent innings of 155 balls ended in bizarre fashion when he cantered home for a second run off the first ball of the final over, but a throw from the fence by Aiden Markram was a direct hit and the batsman's excellent chance for a second double-ton in the 50-over format was gone.

The third and final ODI is scheduled for Pretoria on Wednesday but South Africa will be without leading players De Kock, Miller, Kagiso Rabada and Anrich Nortje as they head to the Indian Premier League.

Denmark's Kasper Asgreen claimed the biggest victory of his career when he beat pre-race favourite Mathieu van der Poel to win the Tour of Flanders. 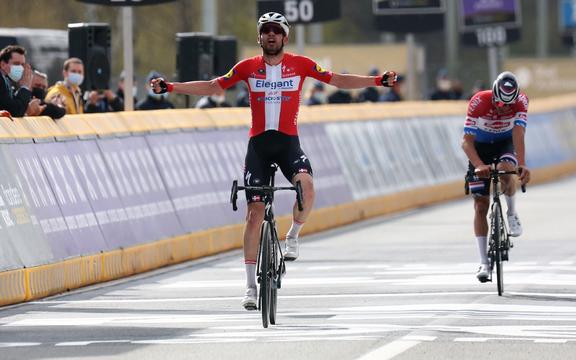 The Deceuninck-Quick Step rider pipped defending champion Van der Poel of the Netherlands in a two-man sprint finish after 254.3 kilometres between Antwerp and Oudenaarde.

"I felt good in the last two kilometres and I decided to trust my sprint. I left Mathieu in front and stayed in the wheel and decided when I wanted to go," said Asgreen, the first Dane to win the race since Rolf Sorensen 24 years ago.

"It was a really, really hard race, we were both on the limit."

The Tour of Flanders is the second of five Monuments, the major one-day races of the elite calendar.