The Warriors are counting the cost of their second defeat of the NRL season. 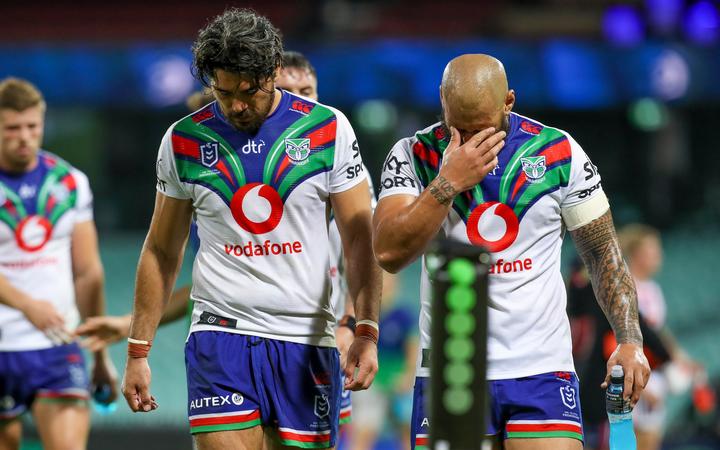 They have been beaten 32-12 by the Roosters at the Sydney Cricket Ground, after leading 12-4 midway through the first half.

The result leaves the Warriors' 11th on the NRL ladder, outside the top eight on points differential.

"They were a bit too good for us," Warriors coach Nathan Brown said.

"Even though we were in the game for longer periods than what it ended up, I still think we've got a way to go to catch up with those sides.

"We were definitely in the game on the scoreboard for a fair period, but the two things that stood out were that they played a lot faster than us, which obviously took a lot of juice out of us...and the other thing that stood out was they saved tries.

"They saved three or four tries where as we didn't save any tries. The better teams find ways to keep ya from scoring and obviously the Roosters have been up there for a fair while." 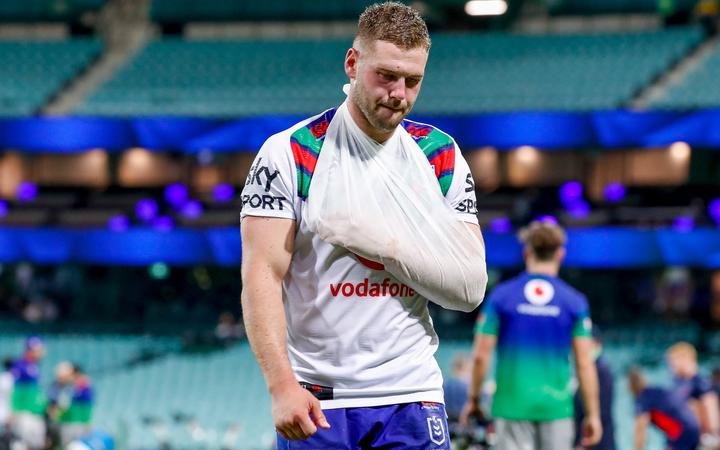 Second-rower Bayley Sironen walks off the Sydney Cricket Ground with his left arm in a sling following the Warriors' 32-12 defeat to the Roosters. Photo: Photosport Ltd 2021

The Warriors lost leading prop Addin Fonua-Blake to a knee injury early in the first-half and Brown says it is "highly unlikely" he will able to play against his old team the Manly Sea Eagles on Friday night.

"I'd be highly surprised if he was going to be able to play. Just looking at the fact that he came off after five or 10 minutes into the game and he couldn't go back on.

"I don't know how it is, but when blokes of Addin's toughness come off there's a problem.

"I don't know how bad, he's just got to hope that hopefully it's only a minor one and he doesn't miss too much."

"We've got a few blokes wounded unfortunately. We lost a couple in the first half, like they did," Brown said.

"Sides are going through a bit of carnage at the moment with injuries. Certainly not an excuse for how much quicker they played than us. I don't really want to talk about the injuries too much."