Opinion: Super Rugby Aotearoa came back with a bang over the past couple of nights.

Arguably the most entertaining part came in the Forsyth Barr Stadium tunnel, after the Crusaders had beaten the Highlanders. 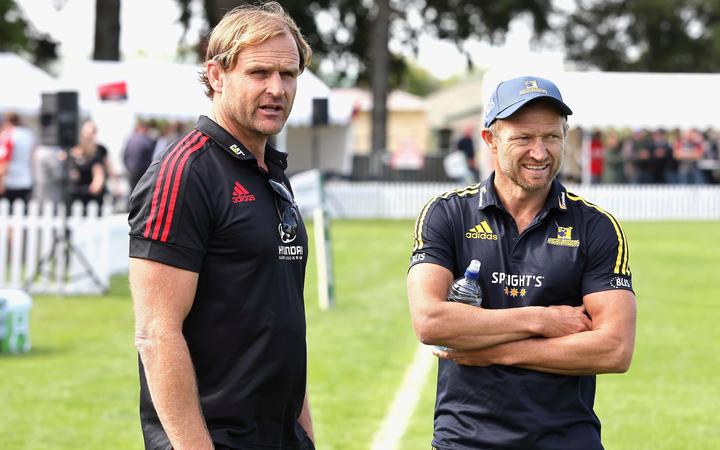 Coach Tony Brown was fuming his team had lost and unleashed a direct spray at the perceived cynical tactics of the winners, bemoaning that the Crusaders "are going to shut down all the space and push the letter of the law".

"Referees are doing their job, but I know that they've had five yellow cards in two games, so something isn't working," Brown said.

That's pretty juicy stuff from a Super Rugby coach, given that most of them are about as interesting after a game as a plank of wood.

The best bit was that Scott Robertson was standing about two metres away, waiting for his turn. The former All Black team mates clearly don't have any problems being honest in front of each other, which is a nice change.

You couldn't help but think Brown was just making excuses for a string of poor decisions by his team.

The role of the captain seems more important than ever. The Highlanders passed up a number of kickable penalties, instead kicking to the corner and going for a try.

That's not that bad a roll of the dice usually, except they were up against a Crusaders team that wasn't going to let them anywhere near the try line.

Highlanders co-captain Ash Dixon should have figured this out after the third go, but kept the strategy up right til the end of the game.

On Saturday night in Wellington [ https://www.rnz.co.nz/news/sport/437325/blues-storm-home-to-down-hurricanes] it was the Blues' turn to get stuck in the same pattern of thinking.

But at least this time they regrouped after halftime and resolved to do something different.

Despite having a one-man advantage, they couldn't crack the Hurricanes' line in the lead up to the break, playing a one-dimensional game that got picked apart by Ardie Savea's skill at the breakdown in his 100th Super Rugby game.

Patrick Tuipulotu got his Blues side to switch their point of attack and ultimately win the game comfortably, but there were a whopping 27 penalties along the way.

Otere Black only kicked one, in the 76th minute.

Much had been made of the two new rule changes for the season, but both the goal line drop out and the captain's challenge look like a waste of time, unless the skippers actually start using their brains.

There was only one drop out in the two games and it landed where a regular 22m restart would have anyway.

There was plenty for all four teams to ask the TMO to have a look at during the two games - most notably a massive forward pass in the lead up to the Blues' first try - but it's clearly going to take a serious mindset shift for it to actually get used.

This is the frustrating part, as the challenge could actually add something of real value.

The other frustrating part, for people outside of Canterbury at least, is that it looks like the Crusaders are just going to pick up where they left off last year. 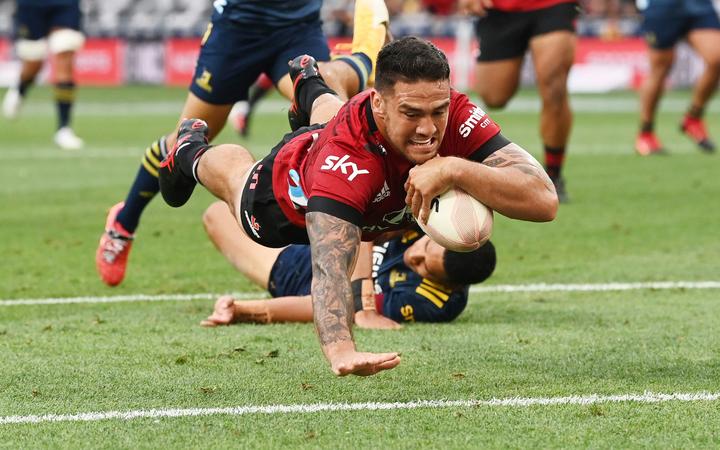 While it is fun to see Robertson having a good time when Tony Brown isn't trash talking him, the prospect of the Crusaders taking out a fifth consecutive title already [ https://www.rnz.co.nz/news/sport/437231/some-things-never-change-the-crusaders-are-favourites] does little for the competition's credibility.

You'd be hard pressed to find any other professional sports league in the world that can be dominated by one team for that long, especially one that is marketing itself as the most entertaining of its entire sport.

This isn't a dig at them, because the Crusaders' job is to win just like anyone else.

But with no mechanism in place to even the playing field, it's hard to see anyone else possibly winning Super Rugby any time soon.

Of course, the news that came through late last night [ https://www.rnz.co.nz/news/national/437321/covid-19-auckland-back-to-alert-level-three-after-new-community-cases-revealed] just made the Blues' job harder as they can't even go home now.

It has already been confirmed that next weekend's games are going to be played behind closed doors, so maybe the quiet atmosphere can mean that someone on the sideline can yell out to the captains to use their challenges.