The first meeting of former All Blacks captain Kieran Read and first-five Beauden Barrett in Japan will have to wait after a Covid-19 outbreak at three Top League clubs. 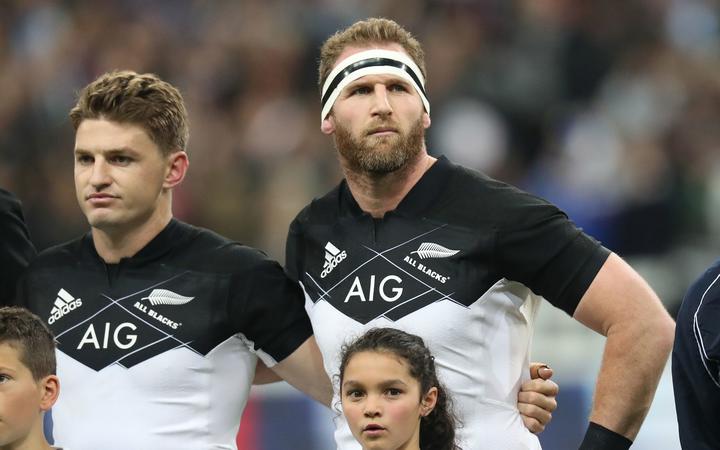 Beauden Barrett and Kieran read line-up together for the All Blacks in 2017. Photo: Photosport

The Japanese Rugby Football Union have confirmed 44 players and staff tested have positive for the virus, including 13 at Toyota Verblitz, seven at Suntory Sungoliath and 24 at Canon Eagles, forcing the cancellation of their opening matches of the 2021 season.

Toyota captain Read had been due to face compatriot Barrett in his debut for Suntory, while Ricoh Black Rams were to play Canon Eagles.

The teams have not released the names of those who have tested positive.

Under league policy, the matches will not be played at a later date and will be registered as draws.

The JRFU said last week that games would be played in front of thousands of fans who had already purchased tickets, despite government guidelines limiting the number of people allowed to attend sporting events.

"We deeply apologise to all the fans who were looking forward to the match," Top League Chairman Ota Osamu said in a statement.

Suntory said on their website ticket holders would be refunded.

Last year's Top League season was cancelled entirely because of the pandemic.