Latest - Wellington Phoenix midfielder Alex Rufer has received a one match suspension for a red card awarded against him in last weekend's A-League match against Macarthur FC. 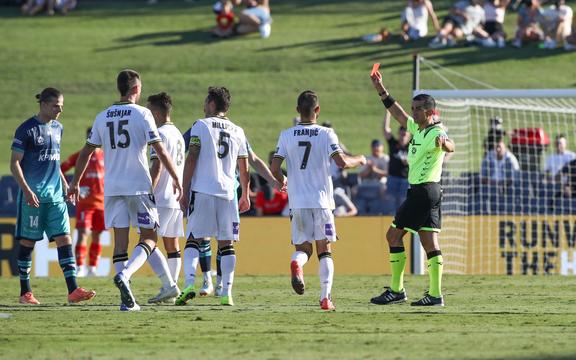 The Match Review Panel downgraded the offence from 'Assault on a Player' to 'Serious Unsporting Conduct' which carries a mandatory one match suspension.

The club has accepted the ban and will not appeal.

Wellington Phoenix hung on for a 1-1 draw against Macarthur FC, after leading 1-0 at the time of the incident.

The decision means that Rufer will miss the Wellington Phoenix's match versus Newcastle Jets in Wollongong on January 24th.

Wellington Phoenix General Manager David Dome said that the club and player have accepted the decision of the Review Panel.

"While disappointed that the red card was issued in the first place, I think this result is the best that we could have expected," says Dome.

"The downgrading of the offence by the Match Review Panel is a common-sense approach and the MRP must be congratulated on this action.

"We will now move on and prepare for our home match on January 24 against Newcastle Jets."

The Auckland Hearts are the new leaders of the women's Super Smash T20 cricket competition, while their male counterparts suffered their fifth straight loss in the latest double-header in Christchurch. 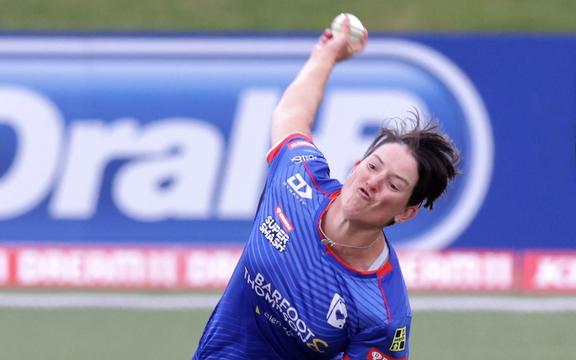 The Hearts' third victory from five games (one washout included) pushes them two points ahead of defending champions Wellington Blaze, who are three from four.

The Auckland Aces headed into the evening fixture under lights at Hagley Oval still looking for their first win in their fifth game, after four straight losses. But they were beaten by six runs.

Restricting the Canterbury Kings to 154/6 gave them a shot, but Auckland lost Martin Guptill and Glenn Phillips in the first three overs and finished on 148 for five in their chase for 155 runs.

The win took the Canterbury Kings to three wins from four games and they are third on the table.

It comes after the French government decreed its clubs should not play in the competitions this month.

As a result, European Professional Club Rugby says it had "no choice" but to postpone all matches scheduled for the weekends of 16 and 23 January.

However, EPCR aims to resume and finish the tournaments "as soon as practicable".

Tournament chiefs hope two rounds of Heineken Champions Cup and Challenge Cup pool games on the weekends of 15-17 and 22-24 can go ahead at a later date as authorities deal with the impact of a new strain of Covid-19.

At the weekend Bristol director of rugby Pat Lam suggested that if European games are postponed, Premiership fixtures should be brought forward to fill the gap to avoid "cramping up fixtures later on".

Former world golf number one Justin Thomas said he had made a "terrible judgment call" by uttering a homophobic slur in the Sentry Tournament of Champions in Hawaii and that the incident had played on his mind during yesterday's final round. 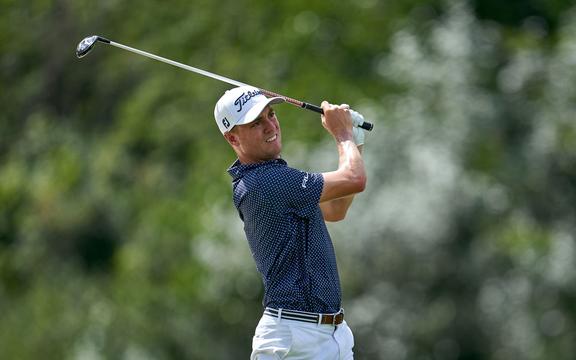 Thomas had missed a five-foot putt on the fourth hole in the third round and used the slur, which was picked up by a television microphone. He later said he was deeply apologetic.

The American carded a final round 66 to finish third after Harris English beat Joaquin Niemann on the first extra hole of a playoff.

"Golf wasn't the main thing on my mind," Thomas told Golf Channel. "Usually being four back going into Sunday, I'm thinking about one thing only and that's trying to win.

"Obviously had a lot of other things on my mind last night. I apologised ... I don't need to explain myself. I screwed up. I made a terrible judgment call. But I thought a lot last night that, we grow a lot as people over time.

"I wish I could learn to grow a different way than the way I chose to do it, but unfortunately it's in the past and there's nothing that I can do about it now.

"It definitely was a distraction out there today. But now I just get to take time going forward and try to become better because of it."

Renault's rebranded Formula One team will start the season under a new boss as well as a changed name and driver line-up after the French car company announced the sudden departure of principal Cyril Abiteboul. 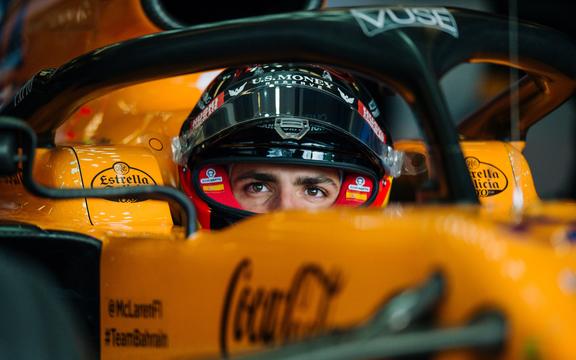 The Renault Group said in a corporate statement that 43-year-old Abiteboul, who had run the former world champions since 2017, was departing the company ahead of their fresh start as Alpine F1.

Group strategy and business development director Laurent Rossi will take over as chief executive of the Alpine brand with responsibility for the road car side and sporting activities including F1.

There was no word on who would lead the team for the season that is due to start in March, with Spain's two-times world champion Fernando Alonso making his F1 comeback after two years out.

Media speculation has suggested executive director Marcin Budkowski had already been lined up to replace Abiteboul, with Davide Brivio expected to arrive from MotoGP champions Suzuki in a chief executive role.

Indian all-rounder Ravindra Jadeja has been ruled out of the fourth cricket test against Australia in Brisbane after injuring his thumb in the third test in Sydney.

Jadeja suffered a blow to his left thumb and dislocated it when he was batting on the third day of the drawn test, adding to India's long injury list.

Middle-order batsman Hanuma Vihari is also a doubt after he pulled his hamstring but continued to bat in the middle in order to save the test for the tourists.

The series is tied at 1-1 and the final test will be held at the Gabba from Jan. 15-19, after which India return home for a four-test series against England that begins on Feb. 5.

Decision on Euro 2020 will be made in March

The fate of the rescheduled Euro 2020 football tournament will not be decided until March but organisers UEFA are hoping that vaccination efforts will allow them to stick to their original plan for June's pan-European tournament.

The 24-nation, month-long showpiece, a major revenue generator for the continent's governing body UEFA and the national federations across Europe, was postponed by 12 months after last year's Covid-19 outbreak.

The 2020 edition, brainchild of former UEFA president Michel Platini, was planned to be the first staged across the continent, rather than by a single nation or joint hosts.

UEFA had hoped that a year-long wait would have allowed fans to be present at games but, with most football continuing to be held behind closed doors, that prospect clearly depends on an improvement in the situation.

India cricket captain Virat Kohli and his wife, Bollywood actor Anushka Sharma, have given birth to a baby girl, the couple's first child.

Kohli broke the news hours after the Indian cricket team fought back to hold Australia to a draw in the third Test of the series.

"We are thrilled to share with you that we have been blessed with a baby girl this afternoon," Kohli wrote on Twitter.

"Anushka and the baby are both healthy and we are feeling beyond blessed to start this new chapter of our lives."

Kohli returned to India on paternity leave after playing in the opening test in Adelaide, which his team lost by eight wickets.

Qatar's Nasser Al-Attiyah won the eighth stage of the Dakar Rally in Saudi Arabia to claw back more than three minutes from leader Stephane Peterhansel in the car category. 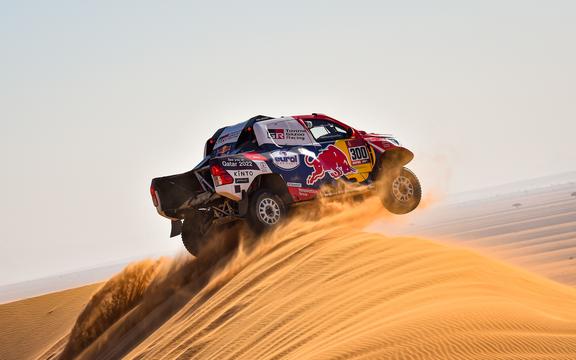 The Toyota Hilux 4x4 driver, chasing his fourth Dakar title, dominated the 375km eighth stage from Sakaka to Neom with Frenchman Peterhansel third and his lead cut to four minutes and 50 seconds.

It was Al-Attiyah's fifth stage win of this year's event, including the prologue, and 40th of his career.

Peterhansel, a record 13 times winner of the Dakar with victories on two wheels and four, made some mistakes in his X-Raid Mini JCW buggy.

"We're still in the battle. It's really complicated to do a full Dakar without a mistake," he said.

In the motorcycle category, Chilean Jose Ignacio Cornejo on a Honda extended his overnight lead with his first stage win of the 2021 event.

Golf governing body the R&A has said it will not stage any championships at the Donald Trump-owned Turnberry golf course, hours after the Trump National Golf Club in Bedminster was stripped of the 2022 PGA Championship by the PGA of America. 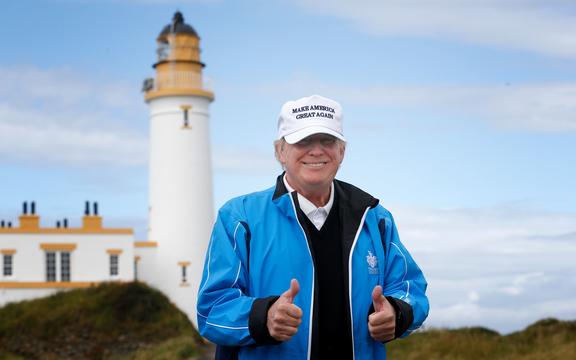 The PGA of America said earlier that its board had voted to terminate an agreement to play the 2022 PGA Championship at Trump Bedminster, which is also owned by the U.S President.

In a video posted on the organisation's website, PGA of America President Jim Richerson said hosting the tournament at the course in New Jersey would tarnish their image. He did not disclose a replacement venue.

The decisions come after Trump exhorted thousands of supporters to march on the Capitol last week as Congress met to certify his defeat to Joe Biden, prompting chaos in which crowds breached the building and forced the evacuation of both chambers.