When your dad is a big Virat Kohli fan, there is a good chance that one way or another you're going to play cricket and that certainly was the case for Palmerston North schoolgirl Ashtuti Kumar. 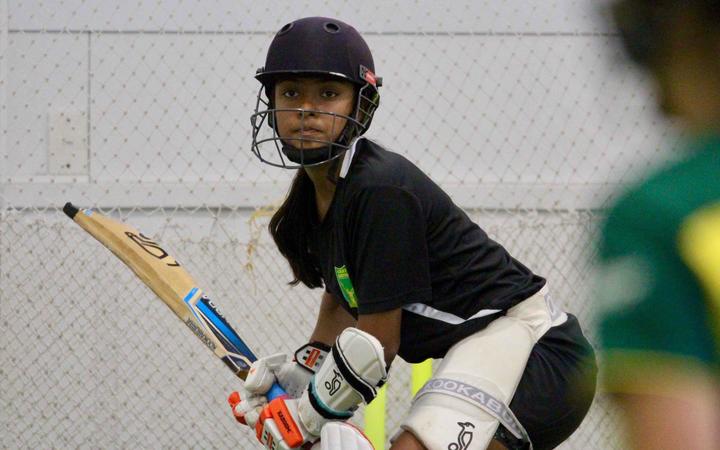 Last summer's Central Districts Emerging Player of the Year has been given a contract for the first time and is expected to play an increasing part in the Hinds set-up this summer.

The 17-year-old all-rounder will juggle the first part of the cricket season with her NCEA level 2 exams at Palmerston North Girls High School.

She was identified nationally by being included in New Zealand Cricket's Development squad sessions over the winter, and will be pushing for more game time this season after making her debut in both formats for the Hinds last season.

She was born in Fiji and moved to New Zealand in 2007 and it was at Hokowhitu Primary School in Palmerston North that she first gained an interest in the game.

"I remember playing with the boys and going up against them if you do well you kind of feel that this is actually seems it's going to be something, you get that confidence and feel this could happen in the future."

She did keep wickets back then because she was a bit scared of the ball, but it didn't take long for her to show she knew what to do with the bat also.

Games in the backyard with her parents led to time in the nets before she went to Palmerston North Girls High School and things started to get serious as she started to make representative sides and played for Manawatū as a 15 year old. 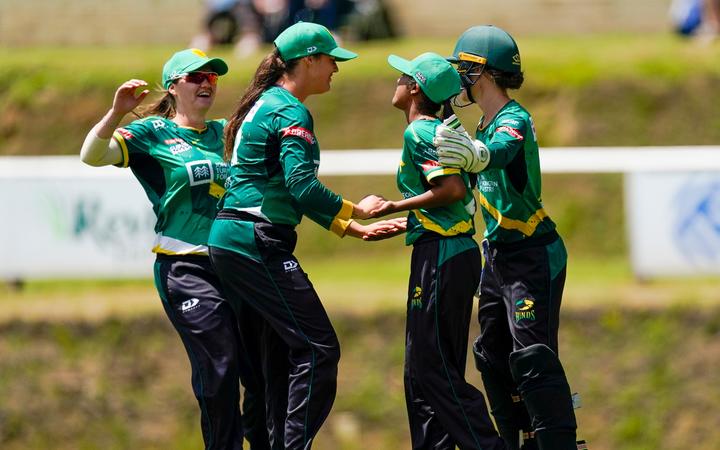 It was around that time that she was first noticed by Central Districts coach Jamie Watkins who was doing the rounds of district and age group cricket.

"When she was playing at an under-18 tournament she caught my eye with her stats, but also in just the way she approached the game with an effervescent attitude and just seemed to have that tactical awareness in the field for a young player."

"Last year at the district T20 tournament she played in the final for Manawatū and made about 65 against Hawke's Bay who had soon-to-be White Fern Rosemary Mair in their line-up."

Watkins says she certainly has great composure for a young person.

While she played a couple of games last season, Kumar now needs to establish herself in the side.

If I do get an opportunity I'd love to showcase that I can stay there and create some runs or bowls some overs if needed so just doing the small things and hopefully that can solidify my place for the future."

However she's not just a batter, just recently she has changed from pace bowling to spin with coach Jamie Watkins tagging her as a batting all-rounder.

She's set up to play a similar role to one of her idols, Amelia Kerr, the 20 year old White Ferns star who debuted for New Zealand at the tender age of 16. 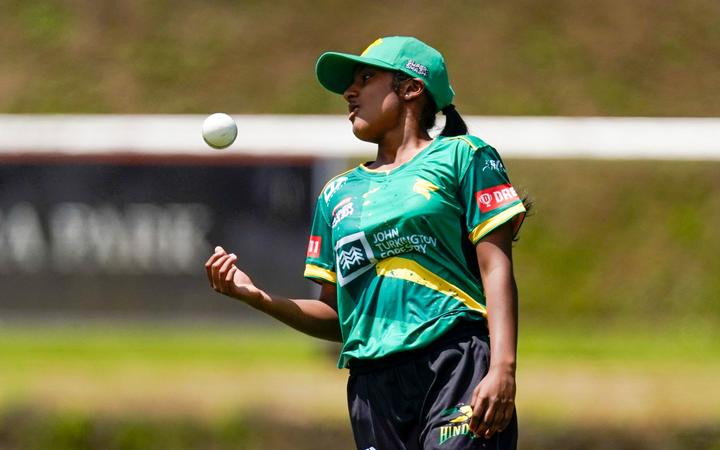 However it's the Australian batters that she spent most time following as she developed her own game.

"Growing up I was a big Michael Clarke fan, I do follow Ellyse Perry and Steve Smith and Kane Williamson obviously, I just like the way the Aussie batsman, including David Warner, bat."

Kumar is a part of increasing number of young women coming through in the game and her Central Hinds team-mate Mikaela Greig is excited about what lies in store.

Greig is also a CD development officer and has been coaching Kumar through her secondary school years.

Greig says there has been a groundswell in support for the women's game in the region especially by young players ... big improvement from when she first started playing when they struggled for numbers and girls were there for fun, now they can see a pathway to improving their game.

"We were struggling to get numbers together and girls were there for fun, and now seeing recent rep trials in the Manawatū area there are so many girls that are genuinely keen to further their cricket and are there to get better and want to work hard so three's been a massive improvement with the number of girls wanting to play and also their skills as well."