A cluster of world champion cyclists will race on the inner-city streets of Christchurch this weekend for the Criterium National Championships. 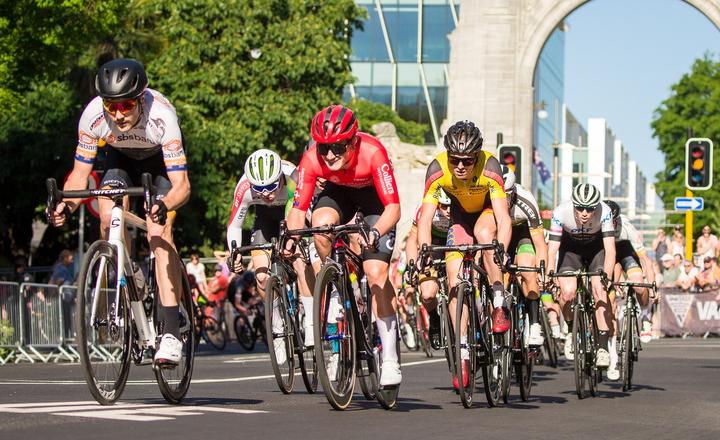 Riders with 10 World Championship rainbow jerseys between them will compete in the event around a 1km circuit alongside the Avon River on Sunday 15 November.

Added to this are seven riders who have won junior track world championship honours including double winner Laurence Pithie and Waikato's Ally Wollaston who will defend their respective elite titles on Sunday.

Pithie, still just 18, will be again looking for plenty of hometown support when he chases a second criterium title after his exciting sprint victory last year.

"It is going to be a really high quality and super-fast race for sure," said Pithie.

"Last year it was awesome being able to race with a home crowd, mates from school who would not usually watch cycling came along because it was in Christchurch. I had my family there and the cycling community were there in force too."

The teenager out-sprinted the elite field last year, but with the track stars in the field, he will need different tactics on Sunday.

"This year it will need to be more of a long-range attack because I can't match those track boys in their top-end power."

The 40-strong elite men's field will provide plenty of action including last year's runner-up, Ethan Batt, who is part of the Black Spoke Pro Cycling team, and two former junior world champions from Christchurch in Josh Scott and Bailey O'Donnell.

Wollaston is another member of the elite track squad and like Pithie is another talented teenager who impressed with a final sprint to win the elite title last year.

She will expect strong competition from her older sister Nina Wollaston, who is a pilot in Paralympics NZ high performance programme; fello elite rider Nicole Shields and West Coast's Sharlotte Lucas, who rides for the crack TIBCO professional team in USA and Europe.

She has recently returned from racing on the World Tour in Europe and keen to improve on her third placing last year.

The start-finish is near the Bridge of Remembrance on Cambridge Terrace and takes in a 1km course over Cashel, Montreal and Gloucester streets.

It is adjacent to the bars and restaurants of the famous Oxford Street, and with more cafes and bars lining the proposed course, it will make for a spectator-friendly, fast-paced afternoon of entertainment.

There are road closures in place with details on www.ccc.govt.nz.criterium.

The Vantage Criterium National Championships will be streamed live at https://youtu.be/Afv4x0BFbJA