New Zealand prop Ofa Tuungafasi will miss the rest of the Tri-Nations after being handed a three-match ban for a high tackle on Australia's Tom Wright in last weekend's test in Brisbane. 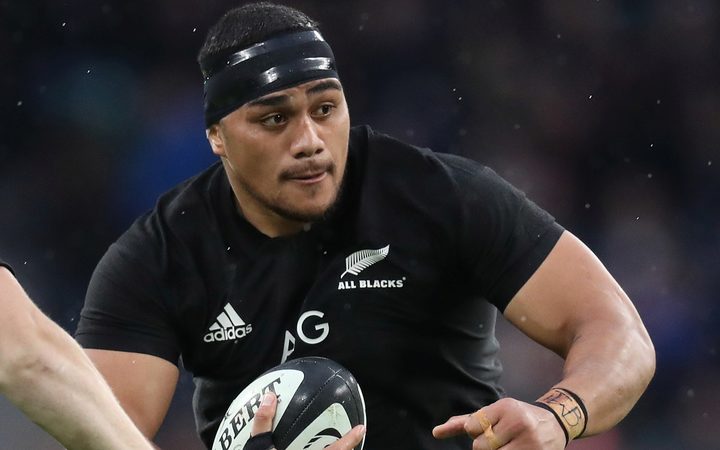 Tuungafasi was shown a red card when he made contact with Wright's head in the first half of the 24-22 loss to the Wallabies at Suncorp Stadium last Saturday.

World Rugby issued new guidelines on penalising high tackles in May last year as they bid to drastically reduce the number of head injuries and concussions in the sport.

Tuungafasi received a 50% penalty reduction because of his clean record and admission of guilt, governing body SANZAAR said in a statement on Wednesday.

He said on Instagram in the wake of the ban, "The magic occurs when you accept that everything happens for a reason.

"Understanding that what is meant to be will hit you and what's not will miss. Trust it, have patience."

The ban effectively ends his Tri-Nations campaign with the All Blacks, meaning he won't feature in the remaining two Tests against Argentina.

Tuungafasi took a 50 per cent penalty reduction because of his clean record and guilty plea, according to SANZAAR.

Australia flanker Lachie Swinton was also shown a red card for a similar tackle in the same match and was handed a four-match ban on Tuesday, ending his participation in the tournament.

The Tri-Nations, which has replaced the Rugby Championship this year, continues with the All Blacks playing Argentina in Sydney on Saturday.

The teams are named today.