Latest - The Wellington Phoenix will be back in action in December. 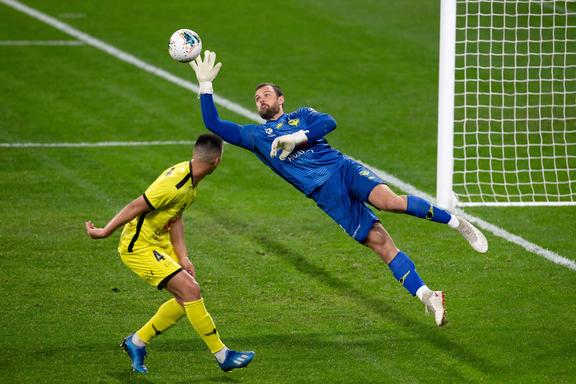 The 2020-21 season of the A-League will kick off on 27 December and run through to June next year, Football Federation Australia said.

In changes forced by the COVID-19 pandemic, which delayed the completion of the 2019-20 season until late August, the league will start more than two months later than usual in the middle of the Australian summer.

The league will be comprised of 12 teams with the addition of southwest Sydney club Macarthur FC, bringing Australia's most populous city level with Melbourne with three teams each.

Sydney FC are defending champions after winning a record fifth title with a 1-0 victory over Melbourne City in the championship final played in front of a small, socially distanced crowd at Western Sydney Stadium.

The 13th season of the women's W-League will kick off on the same day and run until April, with Melbourne City defending the title they won after going through the 2019-20 season undefeated.

The Chevrolet Camaro will join the Australian Supercars Championship in 2022. 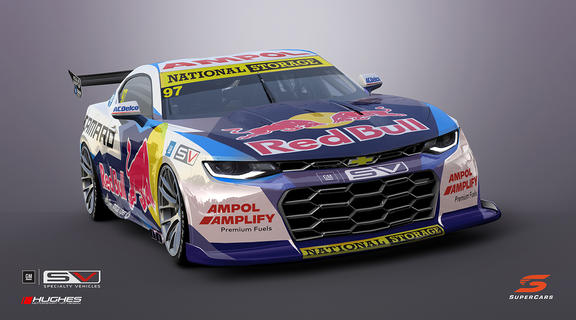 The factory-backed Holden Commodores will line up at Bathurst this weekend for the last time before the iconic brand disappears.

Earlier this year General Motors announced it would "retire" the brand from sales, design and engineering across Australia and New Zealand by 2021.

The company has now confirmed the American muscle car will take on its traditional rival, the Ford Mustang, in a new era for the sport.

Commodores will remain on the Supercars grid next season, but not in an official capacity.

Bates in race to be fit for Big Bash

White Ferns batter Suzie Bates is in a race against time to be fit for the start of the Big Bash League in Australia. 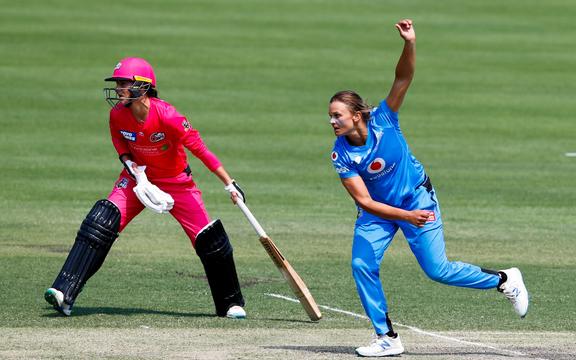 Bates suffered a shoulder injury while fielding in the opening ODI against Australia in Brisbane earlier this month.

She flew straight to Adelaide following the conclusion of the series to start treatment with her Big Bash team the Adelaide Strikers.

"It's been a slow process but it's felt better the last couple of days, and with ten days until our first game the aim is to be fit for that."

"However it's a bit of wait and see as we have to see how it pulls up after each day of exercises, it's not ideal, but I haven't been ruled out so the goal is to be fit as soon as possible."

Bates will again captain the Strikers this season with their first game on October 25th against the Hobart Hurricanes.

The entire women's Big Bash will be played in Sydney over a month.

All Whites Wembley game off

The international football friendly between New Zealand and England next month has been called off.

The All Whites game at Wembley Stadium was cancelled citing player unavailability and travel restrictions arising from the novel coronavirus pandemic.

"It is not an action taken lightly, this is a match we all wanted to play, however, as it stands ... a significant number of the team would be subject to quarantine or restrictions on their return home," NZ Football CEO Andrew Pragnell said.

"This would heavily disrupt their domestic seasons and potentially jeopardise their professional careers.

"The shifting nature of travel restrictions and commercial flight availability under COVID means that we do not have certainty we could assemble a squad at Wembley on this day and defaulting on this fixture at the last minute is not an option."

Pragnell said New Zealand would now look forward to the March 2021 international window as they begin their qualifying campaign for the FIFA World Cup in 2022.

Argentina fullback Emiliano Boffelli believes his team will play with more freedom in the Rugby Championship in Australia as they look to re-assert themselves on the international stage in their opener against world champions South Africa on Nov. 7. 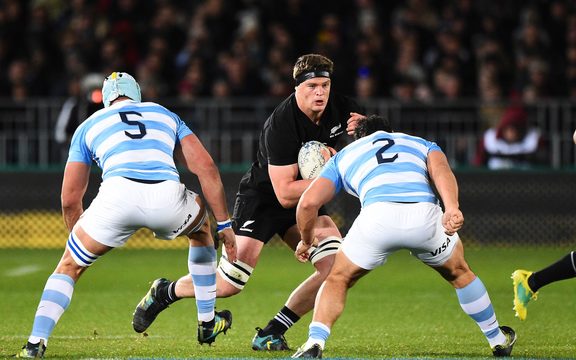 Boffelli is among the squad's home-based players currently in quarantine in Sydney, where all members produced negative results in the latest round of COVID-19 tests conducted.

He says there is mounting excitement among the team, who are preparing under the eye of coach Mario Ledesma and their consultant, ex-Australia coach Michael Cheika, especially with the influx of the European-based players early next week.

"They can give us a lot of energy and we are looking forward to them arriving," Boffelli said. "They can also give a lot to the team in terms of experience and mentality."

He suggests Argentina will put more emphasis on their natural attacking play in a bid to rediscover their form, having won only 10 of their 45 tests between the start of 2016 and the end of the World Cup in Japan last year.

"It is always good to maintain the structure, but what we are trying to do is "play more rugby" and not be so structured all the time," he says.

The South American side are scheduled to play their first game of 2020 against the Springboks in Brisbane, though the latter have yet to confirm their place in the competition.

All Blacks pair staying in Perth

The former All Blacks Richard Kahui and Jeremy Thrush have re-signed with the Western Force.

The Force didn't manage a win in this year's Super Rugby AU competition.

Frenchman Arnaud Demare's prolific Giro d'Italia continued as he claimed his fourth stage victory in this year's race after a bunch sprint at the end of Stage 11 in Rimini.

The 29-year-old Groupama-FDJ rider was taken to the front by his lead-out men and finished the job in style.

Triple world champion Peter Sagan (Bora-Hansgrohe) was in the mix again after his win on Tuesday but Demare edged out the Slovakian who had to be content with second place.

After the Mitchelton-Scott and Jumbo-Visma teams left the race yesterday following positive COVID-19 tests, the 182km ride along Italy's largely flat Adriatic coast was uneventful apart from an incident in which Olympic track champion Elia Viviani was clipped by an official motorbike 30km from the end.