The All Blacks have fired a shot at the Wallabies tactics and the refereeing in the drawn first Bledisloe Cup test, with claims of late hits and off the ball incidents. 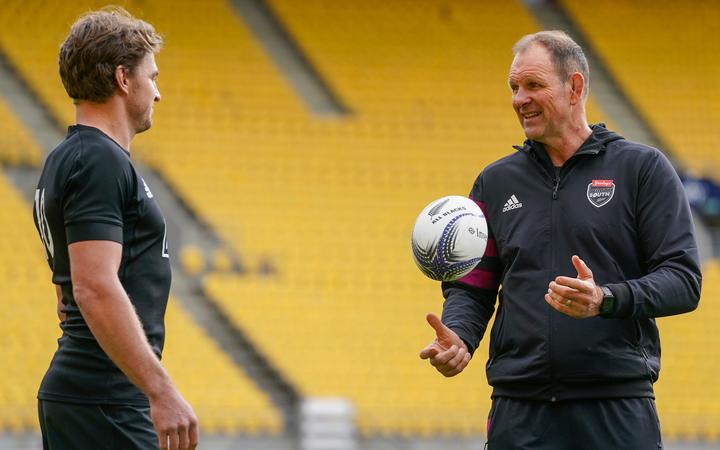 Forwards coach John Plumtree was unhappy with the officiating, particularly around the ruck, during the 16-all stalemate in Wellington and he wants it fixed for this weekend's second match at Eden Park.

The Wallabies dominated possession despite giving away more penalties and won the physical battle with the New Zealand forward pack.

Plumtree believes a lot of the Wallabies off the ball play was illegal and he's disappointed the infringements weren't picked up, however he concedes the All Blacks needed to adjust to the way the game was being called.

"There were some late charges, late hits, you guys saw all of that. That type of play on the field has to be dealt with by the ref. There were several off the ball incidents, but we've got to be able to adjust to that as well and that's why we've got a couple of senior players in particular pretty fired up about it."

Plumtree claims the Wallabies got away with a lot of dubious off the ball tactics, and he hopes it was a case of the referee not seeing the incidents, rather than letting them go.

New Zealand's Paul Williams was in charge of the match in Wellington, and while the All Blacks haven't laid any official complaints, Plumtree wasn't impressed by the referee's performance.

Nevertheless, he believes the All Blacks players didn't do enough to match the Wallabies physicality and fight fire with fire.

"If Paul missed stuff then he's missed it. But if it's a consistent habit (of Australia) that he's seeing and it's not being looked after then obviously we'd be disappointed. But if their (Wallabies) intent is greater than ours in off ball incidents, then we just need to make sure that we have a crack back at them."

Plumtree isn't a fan of having New Zealand referees in charge of All Black games. He believes it puts too much pressure on the official due to the potential for bias and he's concerned it led to the Wallabies getting away with some illegal play in Wellington.

Centurion lock Sam Whitelock is racing to be fit after sitting out today's training with concussion symptoms.

Mo'unga has a sore shoulder, while Barrett is battling an achilles injury.

Whitelock's availability is most certainly under a cloud, but Plumtree is hopeful Mo'unga and Barrett will be right.

"He (Beauden) played a small part in training today, we haven't caught up with the medical team yet but it looked like he was running pretty well. Richie (Mo'unga) has a stinger in his shoulder, but nothing too much. Sam Whitelock had some headaches after last Sunday's game so he'll go through concussion protocol and we'll see how he gets on during the week." 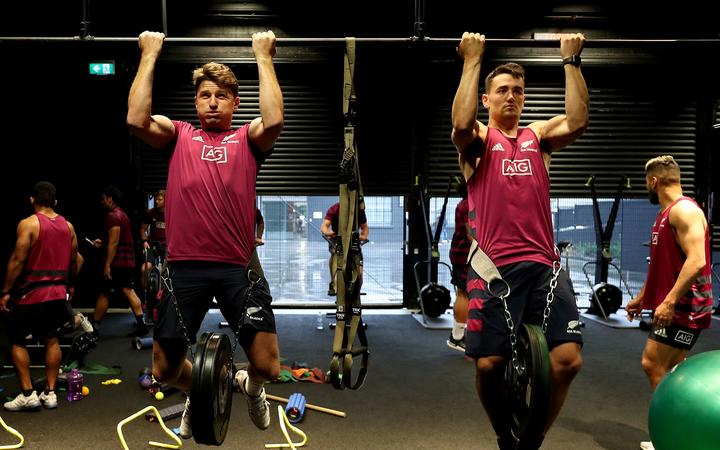 Barrett's injury is perhaps the most worrying and the most perplexing.

His achilles complaint has been hampering him for some time and Plumtree concedes the star player could be forced to take a break from rugby to fix the issue.

While the injury wasn't deemed serious last week in Wellington, it did keep him out of the first Bledisloe test and has stopped him from training fully this week.

While Plumtree is hopeful Barrett will be available for Sunday's clash, he admits the injury is proving difficult to overcome and is holding the playmaker back.

"It seems to be an issue for him this year. The Blues (Super Rugby) had the same issues with him when he was there. It's something that's just niggling away and he'll potentially have to take a break from the game to clear it up."

It's also looking less and less likely the Springboks will attend the Rugby Championship in Australia.

SANZAAR released a statement on Wednesday afternoon saying the governing body had given South Africa Rugby an additional 48 hours to finalise its decision.

This will delay the scheduled departure of the Springboks from South Africa to Australia.

It appears the chances of the Springboks taking full or even a limited part in the tournament are slim with their squad not having played enough rugby this year due to Covid-19, leaving them well short of match fitness and preparation time.

The Bledisloe Cup fixtures between Australia and New Zealand on Saturday October 31 and Saturday November 7 in Sydney and Brisbane respectively, are unaffected and will go ahead as scheduled.