World champions South Africa have been handed a 48-hour deadline to resolve internal issues and confirm their participation in the Rugby Championship, governing body SANZAAR said on Wednesday. 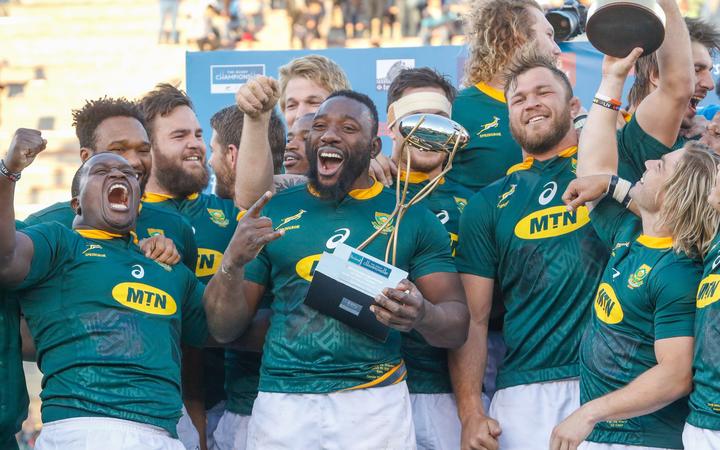 The southern hemisphere championship, which also includes Australia, New Zealand and Argentina, will be held entirely in Australia this year because of the COVID-19 pandemic.

Rugby South Africa said last weekend that "several hurdles" needed to be cleared before they could confirm the Springboks' participation and that they hoped to make a decision early this week.

With the tournament set to begin in Sydney on Oct. 31 and the Springboks scheduled to play their first match against Argentina on Nov. 7, however, time is running out to get the players into Australia and through quarantine.

"The SANZAAR member unions have agreed to provide South Africa Rugby with an additional 48 hours to finalise its internal stakeholder discussions," SANZAAR said in a statement.

"This will now delay the scheduled departure of the Springboks from South Africa to Australia.

"SANZAAR will provide an update on the resolution of these discussions and a timetable for the Springboks participation in the Rugby Championship when available in the coming days."

The delay in the departure of the South African players means the match schedule looks almost certain to be changed but SANZAAR said the tests between Australia and New Zealand on Oct. 31 and Nov. 7 would go ahead as planned.

The South African government lifted the ban on international sporting participation earlier this month but SA Rugby said it was seeking further clarification on the regulations.

There has been widespread concern in South Africa's rugby community that their players are a long way from being ready for the intensity of the competition.

The Pumas squad is already training in a bio-secure bubble in Sydney despite several players and coach Mario Ledesma testing positive for COVID-19 during their preparatory camp in Argentina.