Opinion - Just put some games on. 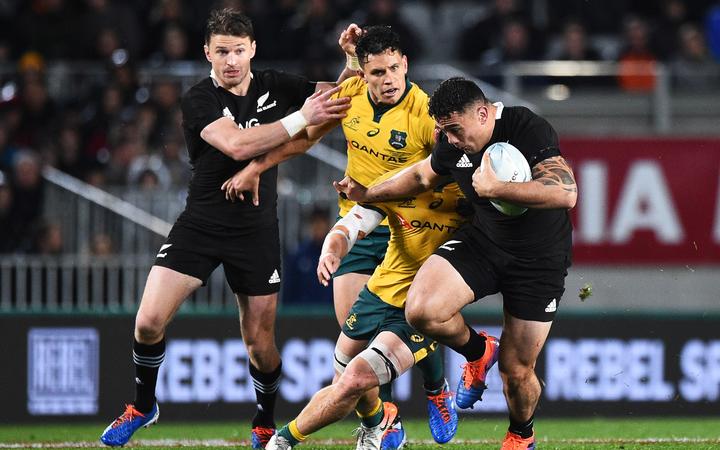 They're not interested in who said what around the SANZAAR board table.

They don't care whether the latest Zoom call went well and if relations between the member unions are at a high or low ebb.

They couldn't care less which nation stages the Rugby Championship and how long players are in quarantine for.

They've stopped listening to all the permutations for Super Rugby.

Fans simply want all the talking and posturing to stop and for rugby to just be about rugby.

About tries and kicks and tackles and not the backroom politicking we're being 'treated' to at the moment.

Confidence in NZR is not at an all-time high.

That's not a new phenomenon. There have been plenty of instances where the rugby public and rugby's administrators have not thought the same way.

But the difference now is one of clout. When Steve Tew was chief executive and Steve Hansen All Blacks coach, NZR appeared to have plenty.

Not every whim and fancy won the day with World Rugby but, within New Zealand and the SANZAAR nations, the All Blacks invariably got what they wanted.

Dissension now isn't entirely widespread but people - be the fans and journalists here or administrators elsewhere - are increasingly tired and scathing of NZR.

They hear the bold promises and watch the chest thumping and just roll their eyes, rather than stand to attention.

Fans in New Zealand didn't always side with Tew and Hansen. They recognised that both had faults, from time to time, but they respected them as blokes and were confident of their competence.

If you were in Australia or South Africa, for instance, maybe you found the pair insufferable.

Maybe you thought they were bullies and longed for a time when they each stepped aside and NZR might finally get what was coming to them.

Men such as NZR chairman Brent Impey, chief executive Mark Robinson and All Blacks coach Ian Foster have never been so available to the media.

New Zealand Rugby chief executive Mark Robinson has been in the media a lot lately, according to Hamish Bidwell. Photo: PHOTOSPORT

They've never been at such pains to point out that NZR is right about everything and everyone else so wrong.

But for the first time in recent memory, fewer and fewer people have been listening.

They've heard all the megaphone diplomacy - I mean how could you not? - but they've increasingly tuned out the message.

What's worse, is that the more NZR insist that something is black, the more people assume that actually it's white.

Again, we can keep going around and around in circles about Christmas and leaked minutes and quarantine requirements and crossover tournaments and billionaire backers and silver bullets, but all people actually want from rugby is rugby.

Rugby in the town they live, rugby at the college their kids go too, rugby at their local stadium and rugby on television two or three nights a week.

They want to see the elite teams playing other elite teams, not Australian also-rans or made-up franchises from somewhere else.

Fans, rather than hearing how things are going at All Blacks camp, actually like seeing guys out playing provincial footy and acting as if they enjoy it.

Think about Beauden Barrett, for instance, and the work that's gone into building his brand in recent years.

But for all the photo opps and choreographed moments, few things will have endeared Barrett to the rugby public quite like watching him win the Ranfurly Shield with Taranaki a fortnight ago.

New Zealand Rugby have their political games to play.

So far it looks as if South Africa and Australia are running rings around them but, honestly, that's their problem. The rest of us couldn't care less.

But what we would care to have is less talking and more rugby. Preferably featuring some of those fine players NZR are paying a small fortune to.